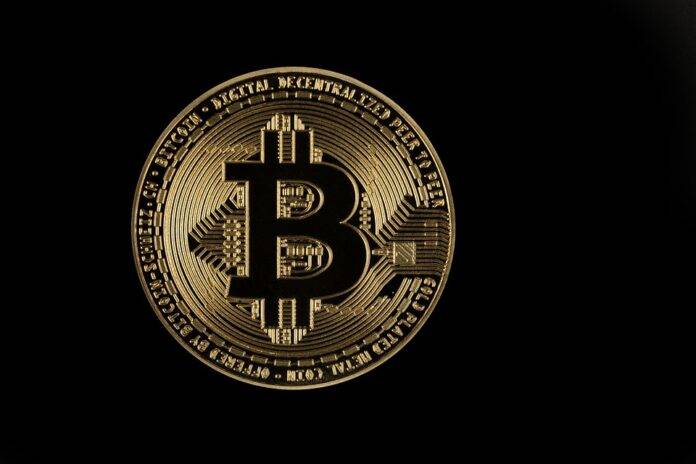 In this episode, CK and I cover extremely important updates for the future of the global economy. First, we talk about the bitcoin breakout. Then we continue rolling through several more macro charts including currencies, U.S. Treasury yields, European natural gas prices and finally freight rates. Lastly, we listen to several clips from a China expert on what happened at the 20th Party Congress and what it means for the future of China.

During the week of October 24, bitcoin made a nice move upwards, out of the triangle pattern we’ve been watching for weeks. During the show, I clarified that the lack of confirming volume on this breakout shows that it could be a fakeout and it could still roll over and go lower.

Watch the volume closely. If it does not come in and price hovers in this general area for a few days, the likelihood that this is a fakeout increases dramatically.

We start our currency discussion talking about the dollar index (DXY) versus the broad trade-weighted dollar index. As you can see, the DXY has moved a lot more, meaning that the weakest currencies influencing the change have been the larger ones, where the many other currencies included in the broad dollar index are slightly stronger. However, they are now both reverting.

The euro is back above parity with the dollar, exhibiting higher highs and higher lows — looking strong.

Using an inverse chart to the euro chart above, the Japanese yen is 4% off its weakest and looking like it also wants to strengthen in the near term.

Finally, the Chinese yuan. The rumors are that the Chinese government ordered intervention in the yuan to attempt to strengthen it against the dollar. The chart shows a big red candle in late September, followed by a week of apparent manipulation to peg the exchange rate. Immediately after that, the yuan continued its pattern of devaluation. Then, on the day of recording, there was another large red candle, likely the result of intervention. Whatever the reason, the yuan is stronger against the dollar today than last week.

The next couple of charts CK and I look at were U.S. Treasury yields. Specifically, we look at the 3-month to 10-year inversion.

This is a very important inversion to the Federal Reserve, as it means a recession is imminent. As you can see below, it was 3 basis points negative at the time of recording, and at the time of writing it was negative 10 basis points. That’s a pretty strong inversion, and is likely getting Jerome Powell’s attention.

Below is my rainbow yield curve chart. I labeled each in their vertical order. You can see the 3-month/10-year inversion. I also added the fed funds rate and the future fed funds range after the upcoming FOMC meeting (if they raise 75 bps again).

On the show, I try to articulate my position which is that if the yields crash down, the Fed will not have a choice but to pause or pivot.

Insight Into The 20th Party Congress

The second half of this episode is dedicated to three clips from “Lei’s Real Talk,” a YouTube channel that reports on events in China. Lei is a financial professional turned independent journalist. She has a deep experience with China, Chinese culture, Chinese politics and censorship. I thought her insights were extremely valuable.

First, Lei goes over the additions made to the Chinese Communist Party’s (CCP) Constitution, which was voted on immediately after Hu Jintao’s public purging on the last day of the Congress.

The second clip was a history lesson about how the CCP views Xi Jinping within their internal historical accounts (a characteristic of Marxism is rewriting history). Lei says that the top strategist to Xi compared Xi’s rise to power as on par with Mao in 1935 and Deng Xiaoping in 1978. These two events were framed as saving the party from collapse. Now, Xi is seen as “saving the party from collapse.”