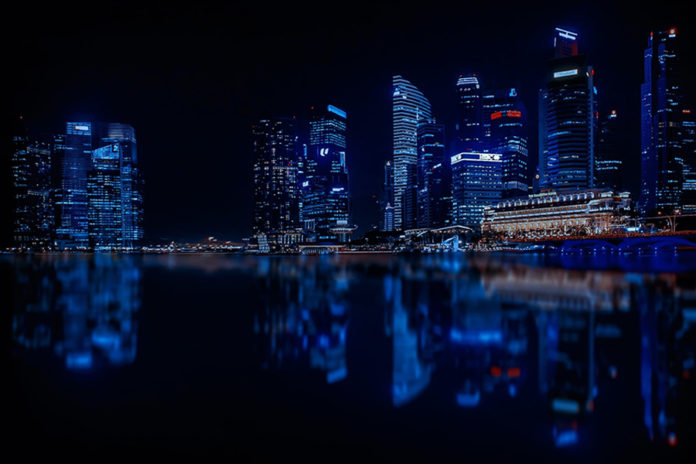 For the past several quarters, AI has been a tremendous source of funding and hype for Canada. With a federal government directive to invest in Canadian AI and evangelists like Yoshua Bengio and Geoffrey Hinton garnering global acclaim, it’s no wonder that tech companies like Samsung, Microsoft, and Uber have set up shop here.

Part of the reason for the bump in Canadian FinTech interest is regtech.

In comparison, FinTech boasted $150 million CAD ($115 million USD) in funding, a 31 percent increase from the previous quarter. FinTech has traditionally been one of Canada’s strongest sectors, though AI mega-rounds from companies like Element AI and Coveo have stolen its spotlight. As the year wraps up, where are these these two sectors—which have both been among the most attractive for VCs—headed in 2019?

Speaking with BetaKit, PwC’s Michael Dingle attributed the AI decline both to an absence of mega-rounds this quarter, as well as the evolving nature of the AI industry. Dingle told BetaKit that, once the data in past quarters was normalized for the mega-deals, Q2 2018 drops down to $82 million ($63 million USD), and Q2 2017 drops down to $70 million ($54 million), making Q3 2018’s $138 million ($106 million USD) comparatively healthy activity.

“The growth of Canadian venture-backed AI companies began four to five years ago and caught fire in the last couple of years,” he said. As Dingle indicated in BetaKit’s first report on Q3 2018, AI businesses that were previously focused on technology are now in the process of commercializing: talking to their client bases to figure out how foundational AI technology like natural language processing can solve problems in existing businesses.

As Dingle put it, AI is becoming the core value, rather than the “proverbial sidecar.” In the past year, the sector has seen companies like Layer 6 acquired by TD to work on healthcare solutions, and Element AI finally indicating how it will use its proprietary research to launch new products. 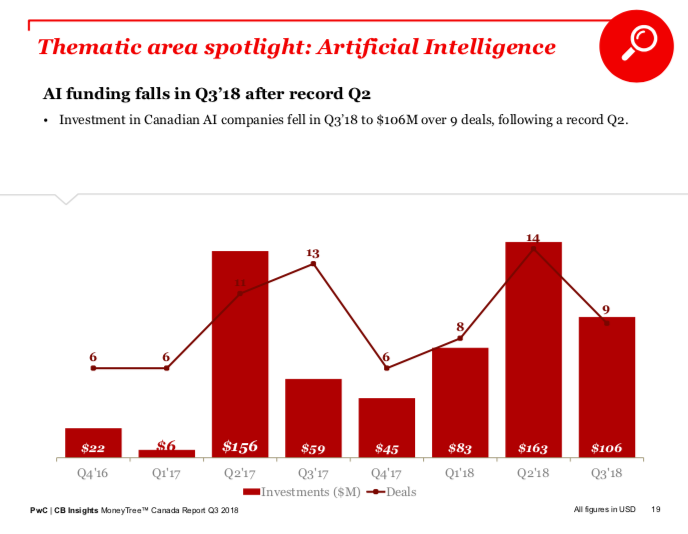 “These are built by teams that have great subject matter expertise related to the vertical solution. They’re leveraging datasets that are proprietary to that industry – that’s starting to happen now on a global basis. I actually think that’s a much bigger market,” Dingle said. “I think we’re just getting started.”

While AI may just getting started, FinTech activity is ramping up in tandem with regulations changing around the world. Part of the reason for a bump in FinTech interest is regtech; in the wake of GDPR and increased consumer concern for privacy and data, startups are stepping in to help enterprises navigate compliance. At the same time, governments are re-examining regulations to make small businesses more competitive, one of the most notable being the UK’s recent open banking law meant to increase competition in the financial sector. 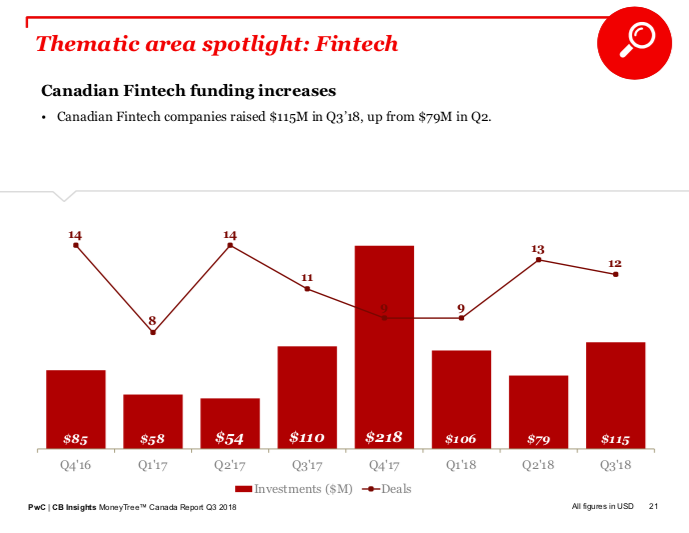 “You will see that that opens up a whole new series of companies, it will create a series of new FinTechs, but more importantly, it gives our Canadian FinTechs that exist and are starting to scale today a place to go, which gives them a larger marketplace,” said Dingle. “It gives them an opportunity to deliver within the capacities that they have today. Today, the friction in trying to get to market is fairly high, this will give us a quicker path to commercial success.”

“There seems to be a healthy look at the internal compliance policies of major banks worldwide.”
– Christian Lassonde, founder of Impression Ventures

Christian Lassonde, founder and managing partner of FinTech-focused fund Impression Ventures, agreed that regtech is seeing more pickup—and not necessarily because they’re better than they were five years ago. “I think the demand is starting to pick up,” he said. “In Europe, these German banks have gotten some pretty big smacks on the wrist from regulators for allowing money laundering to occur in their system. Five years ago, they were getting away with it, and they’re not getting away with it anymore. There seems to be a healthy look at the internal compliance policies of major banks worldwide.”

Artificial intelligence as a technology is set to transform most, if not all, industries, and FinTech is no exception. Lassonde said FinTech generates massive amounts of data from transactions, mortgages, and other financial activity every year, which provides more opportunities for an intersection between the two.

With AI now finding its footing in a similar way to FinTech several years ago, Lassonde speculated that we could be on our way to a FinTech unicorn. The VC also agreed broadly with Dingle that, in the next few years, the tech industry won’t be talking about companies as AI companies.

“Ultimately, machine learning is simply a piece of technology, and companies live or die on whether or not they have a viable business, and you don’t have a viable business because you’re using machine learning or not,” Lassonde said. “The best businesses will be ones that use all tools that are available to them in the best possible situation. We’re going to have complex capital markets systems that have a combination of machine learning for what time of day I should make an investment but may actually use program logic on what I should be trading.

It’s not ML from top to bottom, it will be a combination of all sorts of technologies.”