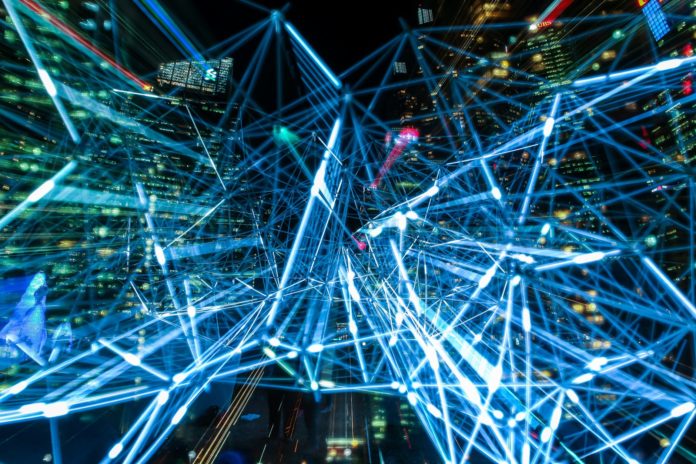 Although blockchain technology remains far from mainstream adoption, it is poised to change the status quo in a wide range of fields. In this article, I want to focus on one industry that could be particularly positioned for disruption – entertainment.

Arguably more so than any other industry, entertainment has a gatekeeper problem. Until recently, it was impossible to put out music without getting a record deal and relying on a label to record, distribute, and monetize your music as an artist. The same was true in film and television: You could not distribute a movie or TV show without studios and production companies throwing their weight behind you, and movie theaters or cable channels agreeing to showcase your creation.

While the internet has now democratized content creation and distribution in entertainment and creatives no longer have to get in bed with the likes of Interscope or Disney, a new crop of middlemen have emerged in digital content. Today, users rely on platforms to consume music and video content. Platforms like YouTube (1.5 billion users), SoundCloud (175 million), Spotify (140 million) and Netflix (~110 million) control user consumption across the globe and act as the new distributors, responsible for both collecting subscription and ad revenues and divvying up payments to artists.

This amount of control favors the major labels and streaming platforms, and has led to disputes around artist compensation and treatment, most famously Taylor Swift vs. Apple Music and Spotify. As artists grow increasingly disillusioned with these platforms, they are looking for new options. Enter the blockchain.

By offering a digital public database that stores an ongoing record of transactions, the blockchain has given companies the ability to have completely encrypted records of ownership, as well as execute smart contracts (i.e. automatically enforce the exchange of anything of value without the need for a middleman). There are currently several attempts to create blockchain-based companies and currencies of relevance to media and entertainment. When applied to media consumption this technology solves the problems surrounding content access, distribution and compensation; managing assets and digital rights; and financing, among others.

Arguably the main problem blockchain has solved, at least when it comes to content consumption, is micropayments. While platforms such as Patreon are focused on helping creators raise money from their fans, these platforms are still in the middle as a facilitating platform. The use of cryptocurrencies helps eliminate any and all middlemen by securing payment and reducing transaction costs, freeing up a greater portion of each sale for the creator.

Grammy winner Imogen Heap is one of the most prominent musicians to embrace the blockchain. She recently teamed up with Ujo, a company looking to be the one-stop shop for independent music distribution and payments, to release the first song on the Ethereum blockchain. The concept of smart contracts is at the core of Ethereum and allowed Heap to enjoy absolute control over how she and her collaborators on the track were paid and under what circumstances (e.g., buying licenses to download, stream, remix and sync the song).

A company building out the necessary platform for blockchain-based payments is Stem, which hopes to be the payment distribution platform for creators. They allow creatives to publish content, manage contracts and transact payments all from one easy-to-use portal. While micropayments are far from the norm in content consumption today, a promise of lower transaction fees and more secure records of sale and consumption could make it an interesting business model for artists, authors and filmmakers.

The blockchain guarantees the right people get credit for their work. (Credit: Shutterstock)

Blockchain also holds great promise for that erstwhile cousin of micropayments: digital rights management. The history of producing and selling content is a long scuffle over who owns the rights to the content, from Britain enacting the world’s first copyright law in 1709 to Napster and BitTorrent in the recent past.

Blockchain technology, with its immutable record-keeping and decentralized nature, presents a solution. The big players have sat up and noticed: Spotify, which had to settle a lawsuit over unpaid royalties last year, recently acquired Mediachain, a digital rights management startup. Mediachain combines blockchain infrastructure with content ID tech similar to that found in a Google image search to create a “universal media library” in which you can identify the “author and story” behind a piece of content.

What about the tangible goods involved in entertainment: celebrity merchandise, event tickets, or memorabilia? Leonardo Da Vinci’s Salvator Mundi painting shattered the record for a painting sale by more than 200% when it sold for $450m not a month ago; and the average Super Bowl 51 ticket fetched nearly $5000. There is a cousin of the “superstar effect” at work here: Instead of the best performers reaping greater gains due to their ability to reach a broader market, however, the broadened ability of the market to reach a piece of content drives value to scarcity – or authenticity.

And blockchain has great potential for keeping the authentic, authentic. Similarly to how Bitcoin uses an immutable ledger that records peer-to-peer transfers of value, blockchain technology can record supply chain transactions or provide a unique identity to each unit of product, tracing its journey on the chain. The unit can be paired with a NFC chip, QR code, or RFID tag that logs its real-world progress in the digital world. VeChain is a Shanghai-based startup that is already working on this problem as it relates to luxury handbags. One can imagine the same techniques being applied to celebrity merchandise. In the UK, BitTicket has launched a blockchain-based platform that manages the sale of public event tickets and aims to tamp down on ticket scalping. Aventus and TicketChain are competitors. Everledger, a company that first rose to prominence applying blockchain solutions to the problem of diamond sourcing, has waded into the murky world of fine arts to combat fraud there. This makes sense given the price tag on that Da Vinci – you’d hate to be the Saudi prince who discovers you’re the owner of the most expensive fake in history, a la The Thomas Crown Affair.

The past few weeks have made it impossible to avoid talking about this application of blockchains. That inevitability is almost entirely due to CryptoKitties (“the future is meow!”), a digital kitten trading game running on the Ethereum blockchain. TechCrunch described it both as a “digital version of Pokemon cards” and a decentralized Neopets. Since launching on November 28, the situation has escalated quickly: More than $6.3m had been spent on the site as of December 6, 2017; it was choking the Ethereum blockchain; and kitties have gone for more than six figures. Of course, it also handily serves as a Rorschach test for people with thoughts on blockchain. Which is to say, everyone: It’s evidence of blockchain’s scaling issues. Its easy comparison to Beanie Babies serves as a warning about blockchain’s bubbly characteristics. It’s a “tongue-in-cheek critique of the ICO market today,” according to its marketing director.

Whatever else it is, it’s the first significant gaming application on a blockchain. Unlike Neopets, CryptoKitties does not use a centralized database. Though its developers, AxiomZen, take a cut of every transaction on the game, the company could disappear tomorrow and the kitties would still be tradable. The breakout success of CryptoKitties will draw more attention and financing to game development on blockchains, and there are other projects poised to benefit. Game Protocol stands out for its scope and ambition: it recently launched an ICO after building a protocol that encompasses an entire videogame economy, including a decentralized game store, a developer community along with tools for creating games, and a crowdfunding platform for consumers to fund projects they like. Everything from esports betting to card games has seen iterations based on blockchain.

There is no doubt the blockchain offers numerous exciting applications to solve problems that have plagued the entertainment industry for decades. Stay tuned for my next piece on the role of the blockchain in the future of social media and content.

Originally published by Forbes in February 2018. Sunny Dhillon is a founding partner at Signia Ventures, a $100m seed and series A venture capital firm based in the San Francisco Bay Area. He invests in consumer and enterprise startups. He previously worked as the first business development employee at a venture backed spin-off of New Line Cinema, directly for the Lord of the Rings trilogy producers (hat tip to Mark Ordesky), as well as in corporate strategy for Warner Bros., before launching his own startup and becoming an investor. Special thanks to Alex Lloyd George at Signia Ventures for his help on this article.