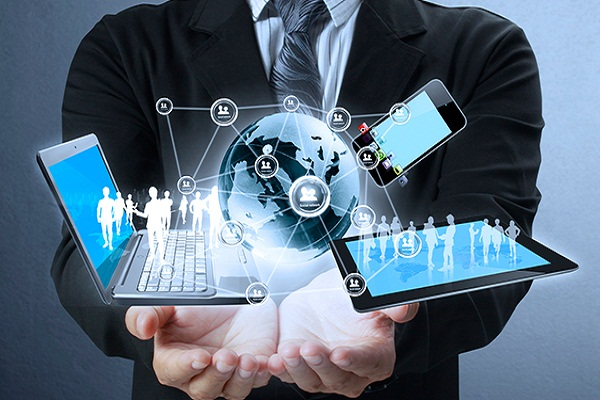 One of the Chinese fintech players that made their way to the US public market is Rong360 Inc’s Jianpu, an online platform for discovery and recommendation of financial products.

The founder and CEO Ye Daqing recently joined its investor James Mi, founding partner of Lightspeed China Partners, on stage at TechCrunch Shanghai to discuss why the fintech is booming in China and what opportunities lie ahead.

The panel was moderated by Gang Lu, founder of TechNode.

During the past six years of your startup, have you ever thought of giving up?

Ye: We’ve thought through certain issues, such as business model, strategy, direction, and execution. In the past six years, a lot of what we encountered was beyond our expectation, but of course, there were some small obstacles, for example, in talent acquisition.

There was some internal disagreement during the third and fourth year. Do we want to do peer-to-peer (P2P) lending? We were losing a lot of money then, and still are today, but the loss rate has significantly decreased and we were close to zero loss by last quarter.

There are many fintech companies that are quite controversial because some of them have damaged the reputation of the market. But two of the [fintech] companies you invested in have both filed for an IPO recently. James, what’s your view [on the market]? What makes you such a good investor, landing two IPOs?

Mi: Lightspeed mostly invests in early-stage companies. We usually look at their development in 3-5 years down the road. When we invested in Rong360 six years ago, Daqing and his two co-founders were living in a small apartment.

They didn’t have anything. Our observation was that the entire country would experience an economic reform, so financial reform had to catch up. As a driver for infrastructure, investment, and consumption, the financial service sector has to catch up. Once you have a plethora of financial services, there will be room for internet platforms for search and recommendation.

I invested in (classifieds website) Ganji more than ten years ago when they only had ten people. I put in money when Dianping wasn’t earning a penny.

We knew that this type of platform business had great potential, so we made that decision. There was no such thing as fintech back then… Daqing was a rare talent, and he had a business of internet as well as finance, which was a particularly difficult field…

We were actually very prudent about P2P. When we finished looking at all the companies we ended up choosing PPDAI because it was offering a real online solution. No offline sales. And this type of business contributes to the society.

Why are so many Chinese [fintech] companies going IPO in the US recently?

Mi: The fintech trend has given birth to a generation of companies. For instance, Rong360 started six years ago. We concluded that the Chinese fintech market is much bigger than the American one. The reason is simple. The US financial sector has been in place for more than one hundred years. China only reformed and opened its economy recently, so the entire financial industry is still backward.

Ye: China will see ten to twenty years of significant growth in fintech and micro-finance. The level of digitalization of finance in China is much lower than that of e-commerce, which took more than ten years to reach 14%.

Digital finance is currently at less than 5% penetration. In four to five years, or even longer, fintech will surpass retail. For example, lending, car mortgage, credit cards, and insurance.

You have landed two IPOs now. Do you see other opportunities in the [fintech] vertical?

Mi: I think so. For example, I’m bullish on Chinese consumers. There’s a huge opportunity in wealth management, including domestic and even overseas asset investment management. One of our portfolio companies is called eDaili. It’s been growing very fast, dealing with the rise of the middle-class, fulfilling their demands.

Let’s look at another buzzword, that is artificial intelligence (AI). Every single industry nowadays is talking about AI. What will happen when AI meets fintech?

Mi: You not only need very good algorithms but also good data. This is in fact very crucial to the application of AI. We think [data] is a strength for Chinese startups. If they can get some big data from the industry, they have a huge advantage.

Ye: The financial industry is actually a data industry, wholly relying on data to make risk control decisions and take care of customer service and marketing. In addition, finance is about money and ordinary people.

he building blocks of AI needs a large amount of data. The user base is gigantic, billions of them, and fintech products are very complicated.

Take our platform for example—it has nearly 70 million registered users, more than 2,500 partnered financial organizations, with 170,000 types of products, and each product is facing a changeable set of challenges and varying user behavior.