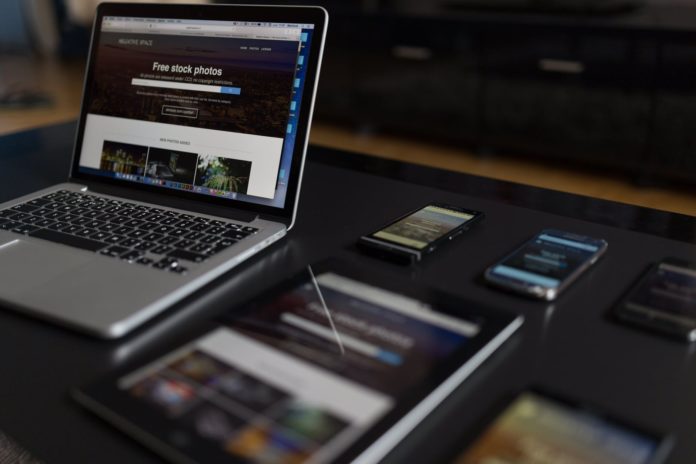 Three years ago, McKinsey took the view that while fintechs would hurt the margins of global banks, banks would be able to stand their ground in holding on to customers.

But in its latest annual report assessing banks, the global consultancy professed to have been caught off guard by the speed at which banks have lost ground in market share to large fintechs.

And with top “platform companies” organising themselves around customers’ lifestyles to earn a fee, banks might have to explore how they can go beyond traditional banking, one that plays to being a distributor of services, rather than just lending off their balance sheet – which is seen as the core business of banking, said McKinsey’s Asia-Pacific banking practice leader Joydeep Sengupta.

“Can banks go beyond banking? It’s a matter of belief as to what is core,” he told The Business Times.

“Platform companies such as Alibaba, Amazon and Tencent are reshaping one industry after another, blurring sector boundaries as they seek to be all things to all people,” the McKinsey report said.

I see these Chinese tech giants as a positive force propelling us forward in the digital world. Observe and learn from them… When the Western countries were building applications with advanced technology, China was building platforms with advanced applications.”

As Chinese companies begin to step out of their domestic market, the current competition trends pose an existential question for banks. This is particularly as they remain threatened by high costs that weigh down their return on equity (ROE), nearly 10 years after the financial crisis that led to banks having to hold a significant amount of capital as buffer  against potential future shocks.

McKinsey further noted   global banking numbers   showing that the core businesses of financing and lending that pivot off the bank’s balance sheet generated 53 per cent of industry revenues, but only 35 per cent of profits, with an ROE of 4.4 per cent. The distribution business, on the other hand, produced the remaining 47 per cent of revenues but 65 per cent of profits, and more importantly, translated to an ROE of 20 per cent.

“As platform companies extend their tentacles into banking, it is the rich returns of the distribution business they are targeting. And in many cases, they are better positioned for distribution than banks are.”

For DBS CEO Piyush Gupta, it comes down to banks thinking like large technology firms, with DBS reporting late last year stronger returns from engaging digital customers. “You have a Hobson’s choice. You have to deal with it,” he told reporters in a media briefing last November on the bank’s digital strategy. “If I don’t do anything, Big Tech will kill me anyway. This way, at least I have a shot at competing.”

OCBC Bank chief executive Samuel Tsien said the bank is observing how the Chinese fintechs are rapidly taking over traditional incumbents, and very quickly moving beyond China, to be regional, and global. “South-east Asia is a fertile playing ground for them,” he said in a speech at the Singapore Fintech Festival.”I see these Chinese tech giants as a positive force propelling us forward in the digital world. Observe and learn from them. Observe how when the Western countries were building applications with advanced technology, China was building platforms with advanced applications.”

This comes as the Singapore regulators opened the way for banks here to put some money in certain digital consumer platforms.

In June last year, the Monetary Authority of Singapore made it easier for banks to invest in digital platforms that match buyers and sellers, as well as those engaging in the online sale of consumer goods and services.

Examples of such platforms include Carousell and Qoo10, with the investment in such related businesses capped at 10 per cent of the bank’s capital funds.

McKinsey suggested that just as technology firms integrate their services into customers’ needs, banks that have built digital skills and rapid reflexes could take the market, too.

“Banks that successfully orchestrate a basic ‘ecosystem’ strategy, by building partnerships and monetising data, could raise their ROE to about 9 to 10 per cent.

“Banks that can go further and create their own platforms might capture a small share of some non-banking markets, which would elevate their ROE to about 14 per cent – far above the current industry average.”

Banks here have made their moves. DBS launched an online marketplace for cars by working with sgCarMart and Carro – becoming in effect the largest direct seller-to-buyer car marketplace in Singapore.

OCBC also tied up with telco player StarHub to harness data insight. By using artificial intelligence and Internet of Things to analyse customers’ demands, the aim is to “seamlessly string life, work and play together” alongside customers’ banking needs, said Mr Tsien.

Analysts have pointed out that banks would have to make worthwhile investments on their digital infrastructure.

DBS spends about $1 billion annually on IT-related expenditure, of which $400 million is spent on new IT initiatives supporting innovation and product rollout. It would also move more of its operations onto the cloud.

A UOB spokesman said that from 2014 to 2016, half of UOB’s $700 million IT budget was spent on new initiatives. Of these new initiatives, close to 60 per cent of the investments are in “strategic projects” focused mainly on mobile, payments, data and product-related technologies.

The rest go to spending to meet regulation and security needs.

It has seen an increase in take-up of digital services.

As at September last year, 67 per cent of all transactions at UOB were through digital channels, up from 63 per cent in 2016.

As banks gear up for more competition ahead, what is shifting in their favour is regulatory posture.

Mr Gupta noted that in the area of regulatory arbitrage, the pendulum is beginning to swing back to the banks’ advantage. Chinese regulators have all started looking at new ways of putting regulations in place, he observed.

“As these companies are trying to go outside of China, they are finding it not that easy, because there are more regulatory impediments in other markets and some cases, they are nationalist agendas. In India, they are very concerned about what sort of data will go to China,” he added.

On that note, he is more optimistic than before about the bank cracking with a digital strategy the biggest market today: China.

While he did not put out firm plans on how to tackle China, he told reporters that DBS’ mobile-only strategy in Indonesia and India has given him ideas.

“Our learnings from Indonesia and India suggest to me that notwithstanding what they have (in China), there is still opportunity for a bank to create niche positions, if we can think of the right segments to go for.”

A version of this article appeared in the print edition of The Straits Times on January 02, 2018, with the headline ‘Dealing with an existential question: What is a bank?’. Print Edition | Subscribe