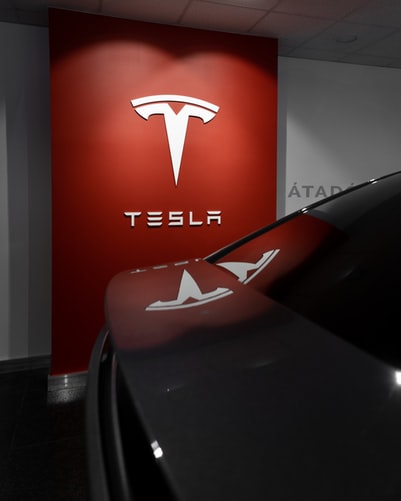 Billionaire Tesla CEO Elon Musk discussed Bitcoin during a live-streamed session of The ₿ Word event, saying that he supports and holds the original cryptocurrency, as does his aerospace company SpaceX.

“[Bitcoin] has an open ledger, which is quite good. But transaction volume is low, transaction cost is high and usability for the average person is not yet very good but has a lot of potential,” Musk said, while wearing a t-shirt that touted Bitcoin as the pinnacle of monetary evolution. “But on balance I support Bitcoin… I do own bitcoin and Tesla owns bitcoin, SpaceX owns bitcoin.

Musk has made mixed public statements about Bitcoin in the past, calling himself a supporter, seeing Tesla purchase $1.5 billion worth of BTC, renouncing the ability for Tesla customers to make purchases in bitcoin over misguided environmental concerns, then walking those statements back somewhat. He is an outspoken supporter of the altcoin project Doge.

During the panel, Musk continued to tout alternative cryptocurrency projects like Ethereum and Doge, but also acknowledged that Bitcoin’s throughput and scalability could be improved via Layer 2 platforms like the Lightning Network. He noted that Tesla is likely to resume bitcoin payments as a higher proportion of miners utilize renewable energy sources.

“Bitcoin with a Layer 2 system could scale to do a vast number of transactions,” Musk said. “I want to do a little more diligence to confirm that the percentage of renewable energy usage [in bitcoin mining] is most likely at or above 50% and that there is a trend toward increasing that number, and if so Tesla will resume accepting bitcoin… Most likely, Tesla would resume accepting bitcoin.”

He also noted that the only significant assets he personally owns consist of stock in his companies, bitcoin, ether and doge, with bitcoin being the largest and most profitable of his cryptocurrency holdings.

“If the price of bitcoin goes down, I lose money… I might pump, but I don’t dump,” Musk said. “SpaceX, Tesla and I own bitcoin… The companies just own bitcoin and the bitcoin I own is worth much more than the Ethereum or Doge.”

Musk was joined in the session, “Bitcoin As A Tool For Economic Empowerment,” by Twitter and Square CEO Jack Dorsey, ARK Investment Management CEO Cathie Wood and Square Crypto Lead Steve Lee, who moderated it.

Dorsey, who has been more consistently favorable toward Bitcoin in his public statements and work, highlighted Bitcoin’s transformative nature as a currency that is global, permissionless and native to the internet.

“When I saw Bitcoin in 2009, you see a chance to replace the whole foundation,” Dorsey explained. “It really just opens the aperture and that is what I want to see in my lifetime, is a currency that is standard and sound for the internet that everyone can use.”

Wood, whose firm has been stockpiling bitcoin exposure this month, emphasized bitcoin’s current value propositions from an investment standpoint and the remarkable economic outlook of its development community.

“The store of value is a very big role, and means of exchange with apps built on top of the Bitcoin blockchain, we think are going to become more of a reality,” Wood said, describing where her positive outlook on BTC as an investment comes from.

“I’ve had the honor of meeting Bitcoin Core developers,” she added later. “They know economic history better than anyone I’ve ever met.”