And when it comes to their wallets, apparently more people around the world are having less confidence in traditional banks. A whopping one-third of new revenues are going to new entrants in the banking industry including fintech ventures, challenger banks, non-bank payment firms and big tech companies, according to Oct. 2018 research by global consulting firm Accenture. Moreover, the number of banking and payments institutions decreased by 20% from 2005 to 2017 to less than 19,300 in 2017.

“The threat of reduced future revenue growth opportunities is real and growing,” according to researchers. 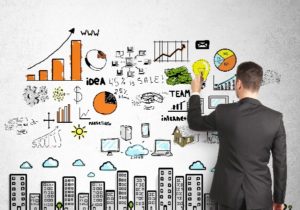 Alan McIntyre, head of Accenture’s global banking practice, said that banks are struggling to find the right mix of traditional and digital capabilities “as they balance meeting the needs of digital customers with maintaining legacy systems that protect customer data.”

Some observers argue that banks are hindered by excessive regulations that prevent them from moving quickly when it comes to digital opportunities such as cryptocurrencies and fintech. Others argue that banks’ unethical behavior that led to 2008 Financial Crisis make them untrusted parties and that they’ve become unattractive to the younger crowd.

A June 2018 study by American Banker finds that traditional banks’ reputation is declining among U.S. consumers. “The trust level of banks has continued to drop relative to what it was before, to the point that less than half of customers and just a quarter of noncustomers give banks the benefit of the doubt in a crisis situation,” said Bradley Hecht, a senior managing director with the Reputation Institute.

Accenture’s researchers argue that banks’ conservative approach to digital investment has prevented the industry from capturing new revenue. This has also led to increased threats from fintech. A separate 2016 EY study found that new entrants to banking industry have achieved parity with banks when it comes to trust. 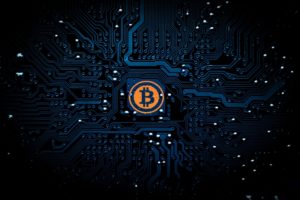 These challengers have steered new revenue away from banks. New players in America have taken 3.5% or $35 billion from traditional financial institutions; in Canada and U.K., 1.7% (2.7 billion Canadian dollars) and 13.7% (28 billion Euros) respectively. In EU, it’s 6.6% or 54 billion Euros.

The cryptocurrency industry has a $208 billion market capitalization. Experts say that fintech firms are disrupting the banking sector and making it less expensive to make cross-border payments.

“The adoption of digital currencies is much different in industrialized countries, such as the U.S. or U.K., because people in these strong economies do not necessarily need an alternative payment option,” says Ryan Taylor, CEO of Dash in interview with Crypto Briefing. “Instead, digital currencies are playing a role addressing specific niche opportunities. Many users are simply looking for full control over their money without the cost of middlemen.”

As Drucker said, business is other people’s money.