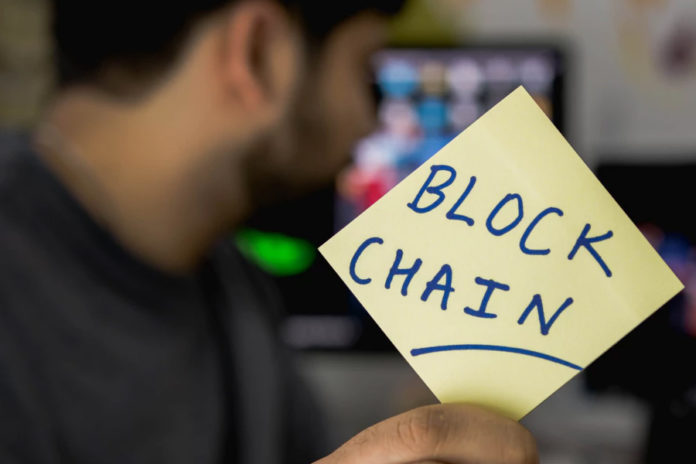 As the new ubiquity of the twenty-first century, technological developments have now decidedly trickled into the workflow structure across multiple industries and are an integral element of varied business processes. Tasks which once required human hands, bulky machines, and physical currencies have now been efficiently digitized.

With technological advancements making waves in almost every sphere of global business, the financial service industry is no more left behind. In recent times it has gone on to become the fastest growing industry of the decade.

Anyone with an internet connection can now engage in day-to-day banking activities, trading and investment in the stock market, widen e-commerce platforms, make online payments, exchange currency online, undertake equity funding and more while benefiting from the numerous finance apps designed for personal and business uses.

The undisputable expansion of, and revolution within the financial services globally has left an open field of opportunities for new startups. New entrants are now venturing into different areas of financial activity such as banking, payments, peer-to-peer lending, wealth management and the like. Automatic trading software is now available, like one here bitcoin profit review, which enables you to multiply your earnings in cryptocurrency.

Innovations resulting from such technological upgradation have boosted investments being pumped into this sector. Amidst these speedy developments, staying relevant and maintaining a competitive edge in the digital age has become the primary concern for existing and new businesses.

The way Fintech is leaving behind the stagnant style of doing business is apparent to one and all. What needs to probed though, in this unmistakable phenomenon, is the contribution of Blockchain that has intensified this continuing revolution.

Originally, the brainchild of Satoshi Nakamoto, who initiated this technology in Bitcoin, Blockchain is the latest buzzword and is indeed an incredible invention.

Blockchain is a digital ledger of economic transactions which cannot be tampered with or changed. It is programmed to record not just financial, but every other activity to which a value can be attached. There is a lot more you can learn about and how it will influence the future at VanillaCrypto.com.

This technology allows digital information to be distributed across various nodes, but cannot be copied. Any unwarranted change or alteration will change the hash links and a mismatch can easily be detected. This is due to the intricate and complex cryptography devised behind it.

Impact of Blockchain on Fintech Industry

As per a survey on financial services sector and fintech conducted by PWC, around 77% of financial services industry plan on adopting blockchain by 2020. Banks being 1/3rd of the institutions surveyed have shown an inclination in incorporating blockchain in their operations as was reported by a study published by Accenture and McLagan (January 2017) that made a mention of at least eight of the ten biggest global investment banks embracing the blockchain route.

This is supplemented by a similar estimation made by Strategic Advisor Jeff Koyen of 360 Blockchain (a company focused on investing in technologies that use blockchain) who predicted the growth of the blockchain market upwards of $7billion by 2022.

From cutting down costs (expected savings of around $15-20 million by 2022) to clamping down on unrestrained bureaucracy in traditional banking, blockchain in the fintech industry is designed to make banking a more seamless and efficient experience for both banks and customers alike.

While blockchain promises to remedy inefficiencies in the back-office setups of most banks – particularly when it comes to processes such as clearing and settlement, arguably, the most noticeable impact this technology is set to bring about is by substantially reducing cases of fraud and cyber-attacks in the financial landscape.

By allowing Fintech companies a decentralized network to share or transfer secure and unaltered information, blockchain would help in curbing data breach and other similar fraudulent activities, by making all concerned parties aware of such activity in financial transactions.

It, therefore comes as no surprise that leading business executive and media personality Don Tapscott hails blockchain as a Distributed Ledger Technology with potential far greater than the internet itself.

The impact of blockchain on the financial service sector is largely tangible. After all, startups in the fintech industry are receiving increased funding than ever before, with the funding having increased at a rate of 41 percent CAGR and crossing more than $40 billion investment in the last four years, as per the PWC’s 2017 Global Fintech report.

Miscellaneous inventions have come about with the support of blockchain. One such invention is Smart Contracts which warrants that obligations be met before the agreement or transaction between two parties is concluded. Others include innovative businesses spanning diverse industries.

One of those is Australia-based Power Ledger (which allows private and commercial users to buy and sell their surplus renewable energy in real-time) and UK-based international tracking system PharmaTrust which aims to curb rampant distribution of counterfeit pharmaceutical drugs sold online.

By providing a more convenient and comprehensive digital experience the entrants are taking away a huge chunk of business from traditional financial service providers. As per the Javelin Strategy and Research more and more people are leaning towards mobile banking, thus, setting the stage for increased technological integration in human lives.

This technological play of everyday life is expected to become more structured, efficient and mainstream with the development of Artificial Intelligence. As per the Sales Head of Financial Services at Infosys, Dennis Gada, Artificial Intelligence is set to provide more intuitive user interfaces, better customer interactions, virtual assistance, etc.

Needless to say, when combined with this mega trend, blockchain will only help make data more secure with the help of algorithms even in an encrypted state as well as help track, understand and audit AI decisions better and thus, lend robots the level of transparency required for the public to trust such machine-driven intelligence.

Blockchain will also help eliminate the dark tactics of the stock market such as stock tampering, processing time and charges, naked short selling, as well as commissions of all intermediaries. Overstock, one of the largest US online retailers has decided to build a crypto-capitalism future and provide for a new blockchain-based equities trading platform.

Furthermore, though Bitcoin is the largest application of blockchain, businesses and startups are moving away from it and venturing into affordable cross-border payments. One such company to do so was Circle, a popular bitcoin app that left the bitcoin centered business and shifted to P2P payment model.

The use of blockchain can also be seen in the system of cross-border micro payments. Approximately 25% of the global remittance market is under the control of Western Union and MoneyGram. Blockchain fintech startups like Sentbe, Abra are catering to need of P2P micro-payments. This reduces the cost and the money lost as fees in making the transfer via large portals.

Major financial groups are convinced about blockchain’s ability to spin in new changes in the financial services industry. Evidently, there also lies a future for digital currencies. According to KPMG there was a rise of $544m in the venture capital investment in blockchain companies in the year 2017.

World over, banks in Canada, Europe and other countries – some of those being IBM, SecureKey, HSBC, Deutsche Bank and KBC – are using blockchain to place their customers’ identities on it as well as developing a blockchain system for trade finance. This clearly indicates the reliance placed on blockchain and its potential for making innovations come alive while driving business.