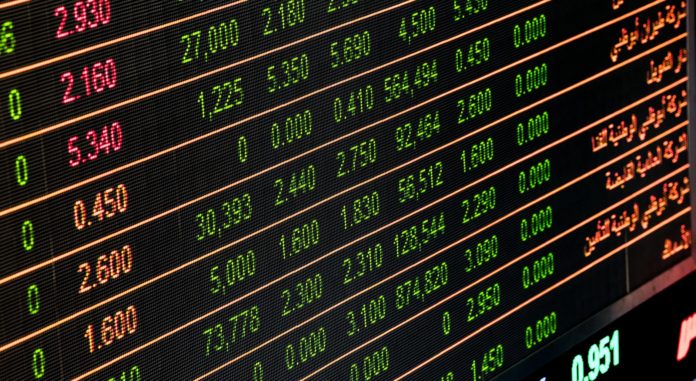 When it comes to Brexit’s winners and losers, Berlin looks set to snag a few victories — especially the city’s growing financial-technology sector.

Germany’s capital has generated buzz for its efforts to attract London’s fintech companies and other startups since the U.K. voted last year to leave the European Union. A rolling billboard (“Keep calm and move to Berlin”) is one of the stunts that have ruffled British feathers.

But Berlin’s gains might not come from a Brexit-driven exodus — that is, from U.K.-based technology companies abandoning their homeland. Instead, its fintech scene will benefit from U.S. and Asian businesses actively choosing Berlin, and not London, as their EU base.

That at least is the prediction from Stefan Franzke, CEO at Berlin Partner, a business development agency. He estimates that Berlin is home to roughly 80 to 100 fintechs and expects that number to double by late 2018.

Most of that growth will come from “our own ecosystem here in Berlin, and that people from Asia and America who want to enter the European market — that they will do it more from Berlin than from London — because nobody knows what the Brexit means for their own business situation,” Franzke told MarketWatch. He was speaking last year, but the recent stumbling blocks to the British government’s EU withdrawal plan have only heightened the uncertainty.

London: Not dead yet, but ceding some ground

To be sure, Londoners have played down the Brexit threat to the U.K. capital’s fintech crown. Prominent venture capitalist Eileen Burbidge, for example, has said the likely loss of passporting — the mechanism that allows businesses to seamlessly operate across the 28 EU member nations — is a clear headache for London’s big banks, but not for the city’s fintech sector.

That sector — populated by companies such as online banks and insurance brokers, peer-to-peer lenders, payment app developers — is less likely to be covered by the regulations designed for the traditional financial industry.

At the same time, Germany is already catching up, by some measures. Funding inflows for the country’s fintech sector totaled $421 million in last year’s first three quarters, topping the U.K.’s $375 million, as shown in the chart above from accounting giant EY.

The U.K. had beaten Germany in this area in the four prior years. It remained ahead when it came to the number of deals, as the chart below shows.

“Owing to a vibrant and rapidly developing fintech ecosystem, Germany has become Europe’s second-largest fintech hub over the past three years, rivalling the U.K.,” EY analysts said in a recent report.

“In light of the Brexit and an expanding fintech ecosystem, Germany is well positioned to capture part of U.K.-bound funding post-Brexit and strengthen its position in the European fintech market,” they added.

Berlin’s advantages, and it’s not all Brexit cheers

But London’s fintech scene is going to be hard to overtake, given advantages like the U.K. capital being a top financial hub and the English language serving as the business world’s lingua franca nowadays.

“There’s been a few hundred years of finance history — trading, infrastructure, legal and everything else. That’s just not going to go away overnight,” Jeremy Sosabowski, chief executive of U.K.-based financial-software developer AlgoDynamix, has said.

Franzke countered that by noting most Berliners speak a language besides German and pointing out one-third of the city’s startup employees are from outside the country. In addition, the German capital offers much cheaper housing and office space, as well as other advantages, he said.

FinLeap — a self-described “company builder” that has launched 11 fintech ventures — uses English as its in-house language, said co-founder Ramin Niroumand, as there are about 30 different nationalities among its roughly 400 employees.

A banking platform — SolarisBank — is the FinLeap venture that might benefit most from Brexit, as it helps companies operating in the EU, Niroumand said. He added that its other ventures might not see much impact. The Berlin-based company’s portfolio ranges from insurance broker Clark to investments platform Savedo.

The company has experienced a specific Brexit effect — a jump in job applications from talent in the U.K., according to Niroumand.

That’s despite the reputation German startups have in some quarters for being copycats — that is, replicating innovative ideas already successful elsewhere rather than breaking new ground themselves. Much of the flak derives from “clone factory” Rocket Internet SE’s RKET, +1.84%  strategy over the years.

Niroumand pushed back against those critics.

“For me, ‘copycats’ in general is nothing bad,” he said. “It has such a negative sense, but to find a model which works on another market and adopt it to the local market, it’s not that easy.”

Echoing comments that he made in a blog post, Niroumand also stressed that he thinks Brexit is not an entirely positive thing for Berlin, saying the U.K.’s upcoming departure from the EU is “hurting us all in the end.”

The FinLeap partner emphasized that he isn’t that focused on the threat from British fintech rivals. Instead, he worries about how much ground U.S. and Chinese payments giants — think Visa and Alibaba — are making in Europe.