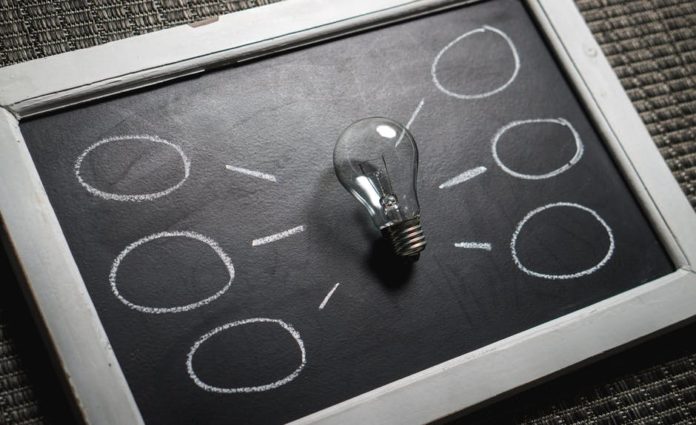 Though millions have benefitted from the rise of internet giants like Amazon, Facebook and Google, there is growing unease at the way they – and many companies like them – require or encourage users to give up significant control of their personal information in exchange for services. 2017 will be the year when the blockchain-based hardware, software and business models that offer a viable alternative reach maturity, ensuring that it is not just companies but individuals who can get real value from their personal data.

The story behind this prediction starts in March 1989, when a little known CERN employee named Tim Berners Lee (now Sir Tim) wrote a short and innocuously titled paper Information Management: A Proposal. Described as ‘vague but exciting’ by his then boss, Mike Sendall, it would literally change the world. It defined the original outline of the World Wide Web.

First used by Sir Tim’s colleagues at CERN, in 1993 the organisation agreed to make the code and protocols that underpinned the web available to anyone for free. Today it is used by more than three billion people. Sir Tim has said of this open philosophy: “Had the technology been proprietary… it would probably not have taken off. You can’t propose that something be a universal space and at the same time keep control of it.”

Death to hierarchy, power to many

The promise to create that open and universal space led many to believe that the web would have a radically democratising effect. Citizens and consumers would be able to find ideas, information, products and services unmediated by companies, governments or other organisations. Anyone could publish whatever they wanted, whenever they wanted. People could connect with and speak to individuals regardless of space or time. It was death to the hierarchy. Power to the many. The world becoming flat once more.

Yet the reality has been rather different. Yes, the World Wide Web is still based on open technologies. Yes, people can connect to other individuals, ideas, products and services based anywhere (at least for now). But on top of the open web a small number of giant, corporately run, proprietary systems and networks have come to dominate. Google accounts for 65 per cent of all search in the US, and 80 per cent in Europe. As of the third quarter of 2016, Facebook had 1.79 billion monthly active users. Amazon now reaches almost half of all US households. To be clear, all these services – and other well-known examples like them – have delivered extraordinary benefits to their users. Yet they represent an unprecedented concentration of power in very few hands.

Significantly, the principal mechanism through which these organisations wield such power is that they control and extract value from their users’ data. Consider that the licenses of major social networks are such that they can reuse and license individuals’ content with little restriction, even after a user leaves their network. The proprietary nature of the platforms makes it hard for users to leave and take their data with them, or find ways to deploy it for themselves. That concern will only grow more acute with the rise of wearables and IoT-enabled home devices if they too are based on closed networks that hinder innovation and prevent data being joined up and shared freely by the users themselves.

Instead of disintermediating industries, many of these corporate giants have essentially become the new middlemen, creating markets and networks, but often making it hard to transact without them. And thanks to the network effect, their lead in their respective fields is snowballing, attracting yet more users, making competition by smaller players incredibly challenging.

The concentration of power and data has also led to security becoming a growing concern. The idea of millions of users giving over their most personal information to third parties has been shown to have serious downsides with the rise of high-profile hacks on organisations like TalkTalk, Tesco Bank and even government departments.

Some believe a potential solution lies in another innocuously titled paper, published around 20 years after Sir Tim’s, called Bitcoin: A Peer-to-Peer Electronic Cash System. Authored by a group or individual going by the name of Satoshi Nakamoto, the paper describes the functionality of blockchain: a distributed ledger that enables individuals to transact with each other without the need of a trusted third party, like a bank. While the original paper was written with financial transactions in mind, blockchain has far wider potential. In December 2015, the UK government’s Chief Scientific Adviser, Sir Mark Walport, stated in his report Distributed Ledger Technology: beyond blockchain, that: “For the consumer… the technology [blockchain] offers the potential, according to the circumstances, for individual consumers to control access to personal records and to know who has accessed them.”

This is the point of significance

2017 will see the acceleration of efforts to apply exactly these benefits at scale, empowering users of online services to control access to their own data. Instead of submitting their personal information to online service providers, blockchain-based personal data stores will allow people to own and maintain their own data, granting and rescinding access and enabling it to be used, shared or deleted as they see fit.

Early pioneers have already started on this course. Shocard and Onename help users prove their identity to online organisations with an ID that is certified and then secured on a blockchain. Slock.it uses blockchain to let users rent, sell or share anything without middlemen, including making physical objects accessible. Arcade.city deploys blockchain to remove the go-between from ridesharing.

For its own part, Nesta will be working with more than a dozen European partners on a programme to design and develop open hardware, software and business models that can offer an alternative to the centralised web. Through pilots in several major European cities, it will show how blockchain-based technologies can enable users to retain control of their data (and that of the devices they use), and make collaborative economy models like Airbnb truly peer-to-peer.

Of course, the corporate giants of the web will no doubt continue to thrive. Their undoubted convenience and the benefits of the network effect are such that people will still want to use them. But as the public becomes increasingly aware of some of the significant downsides of giving away their most personal information, 2017 will be the year when blockchain-based alternatives start to make a real impact.