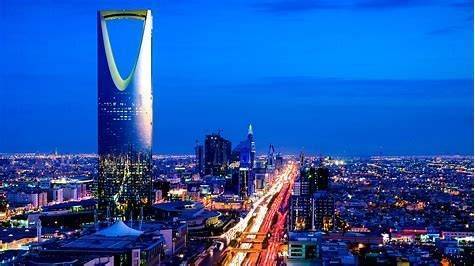 Dubai, United Arab Emirates, 07 February 2021 – Irish fintech firms who are leading the charge with innovation in fintech globally, are increasingly looking to the Middle East to invest in and expand their services to. One such firm, internationally leading Global Shares has boosted its investment in the region and opened an office in Saudi Arabia’s capital, Riyadh.

The company – which manages the employee share plans of some of the world’s biggest companies – is headquartered in Ireland but has 16 other offices across Europe, America and Asia. The Riyadh office is the hub region’s service team and a base for the company’s new Managing Director of the Middle East, Abdulhadi Alherz.

Mr Alherz commented: “I am really excited to join Global Shares – a global fintech leader, which has reimagined technology solutions in the employee ownership space.

“It’s a niche market, where I get to continue working with software and fintech, whilst delivering digital transformation and a really great customer experience, which is core to business success.” He added: “The arrival of a global fintech leader in the employee ownership sector is great news for Saudi Arabia and the wider region, and it’s also exciting for Global Shares. Saudi Arabia has a large, strong economy with a population of 33.7 Million and GDP of $790,000,000,000. Our country is highly diverse:  32% of the population is made up of expats and 66% of the population is youthful, both of which will help from a long-term incentive plans perspective”.

Abdulhadi Alherz has more than 15 years’ experience in digital transformation, innovation and financial services and has previously worked with Saudi Aramco, Cisco and Oracle.

The concept of sharing the wealth of the company with its employees through share ownership is being examined by an increasing number of businesses in the Middle East.

Originating in Silicon Valley in California, employee ownership and equity compensation is used as a tool for attracting, retaining and engaging employees. Share ownership gives employees the opportunity to share in the success of the company for which they work. It encourages productivity and helps align goals. This, combined with the Saudi Arabia’s efforts to further diversify their private sector economy, has meant that Saudi businesses now offer share plans to their employees more than ever.

The new Global Shares office is located in downtown Riyadh and in total, Global Shares has onboarded 20 Arabic speaking staff so far. Its opening follows the company’s roll out of the Arabic version of its online portal and mobile app. Global Shares has also partnered with NCB Capital – the largest investment bank in Saudi Arabia – who are providing the required custody and dealing services as part of the Global Shares offering.

“It is very encouraging to see Global Shares, an Enterprise Ireland backed company, expand their footprint into the Middle East by establishing a presence in Riyadh, Saudi Arabia. The FinTech scene across the Middle East is both vibrant and thriving with plenty of opportunities. Irish FinTech is well received in this region for its innovative tech and ability to solve complex problems. The Riyadh office becomes the 17th site for the business with offices spanning the globe and an incredible feat for a FinTech located in West Cork, Ireland said Enterprise Ireland’s Stephen Twomey, Senior Market Advisor for MENA.

“Global Shares is a great example of why Ireland has forged out its role and reputation as a global hub for finance, technology, and leading fintech innovation,” he added.

The company has plans for continued recruitment, training, onboarding new clients and strategic partnerships in the region for 2021.