Home Sectors Opinion A comparison of the top cryptocurrencies by market capitalization and their respective...
Facebook
Twitter
Google+
WhatsApp
Linkedin 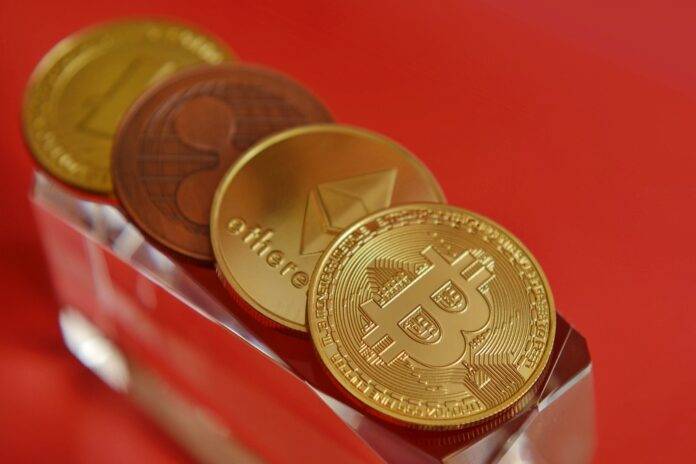 There are hundreds of cryptocurrencies out there, each with a different set of goals, features, and use cases. This article will look at some of the most popular ones by market capitalization and analyze how they compare to each other.

Bitcoin is the first cryptocurrency. It was created in 2009 by a developer who went by the pseudonym Satoshi Nakamoto, and it has never been copied or emulated since then. Bitcoin has become the most widely used cryptocurrency in the world, with over 16 million users as of January 2019.

Bitcoin’s value is derived from its popularity among investors, who buy into bitcoin because they believe it will appreciate over time (and thus increase in value). The value of a single bitcoin can now be purchased for nearly $10,000 USD on some exchanges—but this does not mean that you should invest all your savings into buying bitcoins! Instead, think about whether there are other uses for these digital currencies besides speculation: could they help reduce financial crime? Could they make sending money between countries faster? Would using them replace cash entirely?

Ethereum is a decentralized platform that runs smart contracts: applications that run exactly as programmed without any possibility of downtime, censorship, fraud or third party interference. Smart contract functionality can be implemented in a variety of ways, including virtual machines running on a secure public blockchain. Ethereum has been described as “a computer science-oriented digital currency with an associated value token”, but it’s more accurate to say that it’s the first cryptocurrency built on top of blockchain technology.

Ripple’s native currency is called XRP, abbreviated as just “Ripple”. XRP can be transferred between accounts and exchanged on cryptocurrency exchanges, making it one of the first digital currencies that can be traded for other cryptocurrencies such as bitcoin, litecoin, and Ethereum.

Litecoin is a peer-to-peer cryptocurrency and open-source software project released under the MIT/X11 license. It is an alternative cryptocurrency based on the Bitcoin protocol but with some notable differences.

Litecoin was created by Charlie Lee, who had previously worked at Google and Coinbase among others as a software developer but then moved to work full-time on litecoin in 2014. The name “Litecoin” was chosen because it has fewer decimal places than “Bitcoin” and thus has lower value relative to other coins like that one (and interestingly enough “silver”).

Dogecoin is a cryptocurrency that was created as a parody of the popular Doge meme about Shiba Inus. It was built on the Litecoin protocol and features an almost identical distribution schedule to Bitcoin, with 20 coins being released every 2.5 minutes until approximately 50 million are in circulation by 2020.

The coin uses Scrypt as its proof-of-work algorithm, which means it can only be mined using ASICs (application-specific integrated circuits). The network also has no transaction fees at all—this makes it very fast for transactions to get confirmed within seconds of sending them!

Dash is a privacy-focused cryptocurrency that was founded in 2014. It has since become the fourth largest digital currency by market capitalization and is also an open-source project, similar to Bitcoin.

The Dash network is currently valued at $3.8 billion USD, making it among the most valuable cryptocurrencies today.

Dash currently has over 100 merchants accepting it as a payment method and an active user base of over 10 million people who use its wallet or mining software every month on average (according to CoinMarketCap).

Monero is a privacy-oriented cryptocurrency that was launched in 2014. It’s based on the CryptoNote protocol, which is an application layer protocol that is designed to provide one-way cryptography. One of its main features is that it uses ring signatures, which make it more difficult for anyone to trace your transactions back to you (or your wallet).

The Monero blockchain also has a feature called “crypto-anonymity” where transactions can be made without addresses being visible on the blockchain or public ledger. This means that if someone wants to steal money from you they won’t know who sent it until after they’ve already stolen it from your address because there’s no way for them to find out where this money came from unless another user reveals his/her identity first!

While there is still a lot of speculation about the future of cryptocurrencies, it’s clear that blockchain technology has the potential to change our world for the better. Today’s top cryptocurrencies have different uses and values, but they are all driven by a common desire: to empower individuals with control over their own money. See bitcoin up for more information.