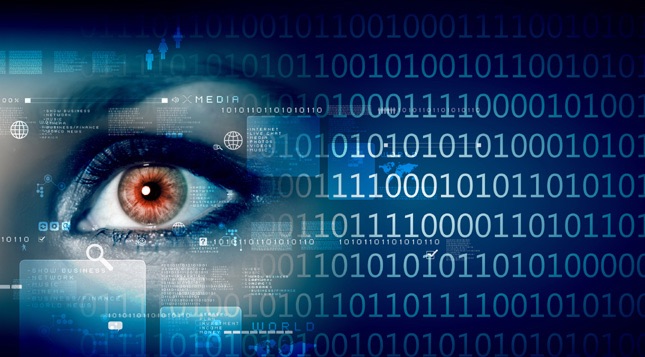 “We firmly believe no robot can replace a true relationship with a banker,” Elliott said in an address that canvassed the bank’s technology efforts to date and painted a strongly upbeat picture of a sector in rapid change.

Yet for all of the promises and potential of new systems underpinning open banking, real-time payments and institutional trading, Elliott said it was not technologies themselves that would determine success or failure, but an adaptive and enabled mindset.

The issue with both money and technology, it seems, is that neither of them really mean much unless they do something for the humans that use them. With that in mind, Elliott said ANZ was changing into a bold and agile organisation and this included shifting mindsets.

“We don’t believe these technologies we are talking about here at SIBOS spell the end of banking but they can certainly spell the end of banks which don’t rapidly adapt, which have leaders lacking flexible mindsets, or which lose sight of what their customers value, Elliot said.

“In the face of so much rapid change I believe the most-successful organisations will have a strong sense of purpose which will be a critical compass to help guide them in addressing the challenges of the future.”

Elliott’s speech and broader position captures a theme of sorts across the financial sector that many predictions of giant slaying disruptive new technologies, especially around fintech and distributed ledger advances have been overdone.

In particular, banks are increasingly standing their ground to argue that the disruption wreaked by digital pure plays like Uber and Airbnb – where whole industries are decimated almost overnight – won’t necessarily follow those experiences.

Talking specifically to the rise of fintechs, which most Australian banks are now investing in in some form, Elliott characterised sectoral dynamics as complementary rather than mutually exclusive.

“The interesting development we’ve seen over the last 18 months or so is a shift to the view banks will work with fintech – rather than fintech replacing banks,” Elliott said.

“We don’t see an Uber of banking or an Airbnb of banking replacing us – rather we see innovative fintech working in partnership with innovative banks. It’s good for fintech as we bring scale and trust and it’s good for us because they bring radical thinking and different mindsets.”

No SIBOS speech from an Australian banker would ever be complete without reference to the New Payments Platform that many Australian institutions were only persuaded to back after the innovation was foisted on them after a decade of resistance and stonewalling by banks and schemes.

Like the Open Banking regime, the view from the corner office is now that the NPP is an opportunity that must be grabbed and developed upon, even if banks forgo the windfall of putting idle money to work for two days before flicking it to customers.

It hasn’t all been plain sailing, with Elliott candidly admitting the “NPP has been a challenge.”

“Programs of this scale and complexity inevitably are. It involved industry-wide collaboration and is now being rolled out by more than 60 banks, building societies and credit unions across Australia.

From our perspective NPP gives us the flexibility to tailor the experience to best meet the needs of our customers.”

Unless of course, Apple can get you there first, with Elliott making no apologies for ANZ going it alone on Apple Pay – while the other three Big Four banks continue to hold out against letting Cupertino onto their patch.

“We’re delighted we can offer customers in Australia access to near real-time payments. We know that’s what they want. That’s also why we moved early to offer Apple Pay: our customers wanted it,” Elliott said.

While ANZ’s deep learning efforts are now famous, especially the one that correlate motor oil purchases with insurance risk, Elliott revealed there some serious return on investment in the robot brains.

“At ANZ, 30 per cent of our trade transaction processing is now done by AI and our customer turnaround time has improved by about 40 per cent,” Elliott said. “AI, together with NPP, blockchain and open banking, represents a genuine revolution in banking.”

Elliott continued that it wasn’t an exaggeration that “these radical disruptions will bring about the most profound transformation in banking for centuries.”

“Open data removes a key barrier to entry in the industry; blockchain overcomes a need for substantial, expensive infrastructure, NPP vastly speeds up transactions and AI can deliver insights and outcome.”

Royal Commission, regulatory interventions and overambitious robots aside, it’s never been a more exciting time to be a digital banker.