APEXX, the first single marketplace for global payments, welcomes Simon Jones as Advisor to the fast-growing startup. APEXX recently won the Most Disruptive Payments Technology award for the second consecutive year and Jones will capitalise on this momentum by driving global expansion.

Boasting an impressive financial career, Jones currently holds advisory roles at Money Mover and CompleXCountries, after moving from his position as Managing Director, Head of Treasury Solutions, Treasury Services EMEA, at J.P. Morgan – the company he was with for 33 years.

Rodney Bain, Co-Founder of APEXX, comments: “We’re thrilled to bring Simon on board as we expand our increasingly impressive team here at APEXX. His depth of experience in the global treasury market will be key in developing global partnerships as APEXX continues on its mission to bring transparency, innovation and competition to the global payments industry.” 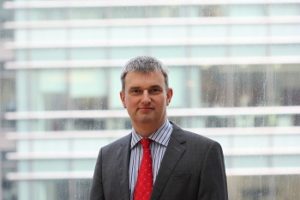 Simon Jones adds: “I couldn’t be joining APEXX at a more exciting time. It’s continuously expanding and fast-growing list of partners and clients is testament to the impressive job the company is doing solving a previously untapped problem in the market.

APEXX’s technology is Artificial Intelligence based and way ahead of others in the industry – I’m looking forward to bringing it to a host of new global partners and prospects.”

Jones is the latest addition to an already impressive team which houses the likes of ex-CEO of Barclaycard, Valerie Soranno Keating, and APEXX’s CEO Peter Keenan, formerly Global Head of Customer Propositions at HSBC and CEO of Zapp.

APEXX’s platform already saves merchants upwards of 15% on the cost of processing credit or debit card payments and alternative payments. For many merchants, this equates to millions of pounds.

With this exciting new hire, the recently retained award win, and plans to launch bespoke solutions for processing in Russia and China, APEXX hopes to build on its momentum and fulfil its ambitious expansive plans over the coming months.