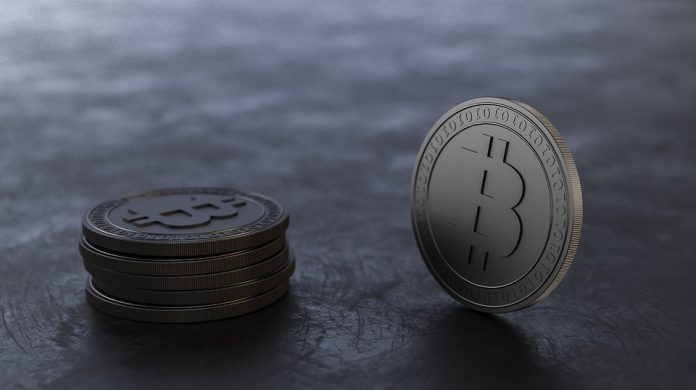 Are you interested in investing in the crypto ecosystem for the long term? It’s a good idea because long-term investment is often the best way to start, but it’s important to study the projects before investing and know where you’re putting your money. Besides, it is sometimes difficult to find your way among the multitude of projects present in the blockchain sector. To make it easier, in this article we are listing the 5 best cryptos to invest in the long term.

Investing for the long term is usually a winning strategy, especially when you’re just starting out or don’t have any particular expertise in cryptocurrencies. Different criteria should be taken into account when looking to invest in a project to avoid unpleasant surprises and maximize the chances of success.

First of all, it is essential to study the interest of a project and the technology behind it. You don’t need to be an expert in blockchain to do this. However, it is necessary to be able to spot a serious project from a bad idea or even a scam. An inflationary token, i.e. one whose quantity increases, will not have the same chance to increase in value as a deflationary token, which becomes scarcer over time.

Doglee (LEE): The meme coin of the future

Doglee (LEE) is undoubtedly one of the best meme coins along with Dogecoin. Launched on June 4, 2022, Doglee has met with amazing success, thanks to the large community that supports it around the world. In fact, the reason Doglee is so popular in the United States is that it has appeared on several famous websites in the land of opportunity.

There is a large community behind the Doglee crypto meme that shares similar ideas. Doglee claims that 6% of its transaction fees will be automatically distributed to the wallets of Doglee token holders. The Doglee cryptocurrency is both a popular meme token on the Binance Smart Chain blockchain, but also on the crypto market more generally. This is because of its main mission, which is to attract more users to the cryptocurrency world using a fairly lighthearted theme.

As a bonus, Doglee is trying to attract new users to the Binance Smart Chain blockchain. But that’s not all, Doglee also wants to educate investors on how the market works. Finally, it also aims to create links between holders and help those who own these tokens to increase their interests to the maximum. The Doglee corner is ultimately the public image of the Binance Smart Chain blockchain. It is, in our opinion, one of the rising stars of crypto memes.

Bitcoin (BTC): the leader and king of the ecosystem

Bitcoin is the pioneer of the blockchain ecosystem. Since its creation in 2009, it has established itself as the undisputed leader of the sector. Its price has risen from a few dollars to over $68,000 at its recent ATH and is currently hovering around $21,000.

Bitcoin is the first blockchain that has solved many of the technological challenges of transferring value in a secure and decentralized manner. It was the first solution that solved the problem of double-spending. Its adoption is increasingly massive and many investors choose it, especially for long-term investment. Institutional players are not mistaken and are now investing massively in what is sometimes referred to as digital gold.

The capitalization of Bitcoin has now reached $759 billion, still far ahead of its runner-up, Ethereum.  While it is occasionally criticized for its ecological impact or its slowness compared to new solutions, it remains the standard in the blockchain environment. As such, it seems to be the ideal choice for a long-term investment strategy and its past performance speaks for itself.

Cronos (CRO): the token of a recognized platform

It is often said that it is interesting to bet on the casino and this is a bit the case if you invest in the token of one of the biggest exchange platforms in the world. Just like BNB and its beautiful growth in recent years, it can be interesting to bet on the ecosystem of Crypto.com which is growing day by day with, among others, a recently released NFT marketplace.

Crypto.com has an aggressive communication and sponsoring policy that allows it to be known by the general public. The company has also bought the name of the mythical Los Angeles Lakers in the NBA. In addition, owning CRO offers many advantages on the platform’s trading fees or the cashback obtained if you use the bank card offered by the platform.

Ethereum is the number 2 in the ecosystem that some see overtaking Bitcoin in the coming years. Where Bitcoin only allows you to transfer money from one account to another, Ethereum offers many uses thanks to the use of smart contracts.

These smart contracts are automatically executed when certain conditions are met. They have notably enabled the emergence of decentralized finance through protocols such as Aave, MakerDAO or Curve. Thanks to Ethereum and DeFI, you can borrow, and generate interest by depositing assets in a liquidity pool. Ethereum also enabled the development of the first NFTs and the most famous collections.

The blockchain was the first to allow the creation of decentralized applications and remains the leader in this field. As such, it concentrates more than half of the locked assets in decentralized finance. Ethereum continues to evolve and will soon change its consensus mechanism, allowing it to gain speed, reduce costs and absorb more users and transactions. It is therefore a long-term investment, generally recommended in the same way as Bitcoin.

XRP is one of the oldest projects in the blockchain industry. Created by the company Ripple, the goal of this project is to set up a fast payment and transfer network called RippleNet. By using blockchain technology, Ripple wants to make payments across the planet more fluid by offering fast and low-cost transactions, unlike the traditional banking system. A cross-border transfer would take only a few seconds instead of a few days currently.

Its token, the XRP, is also an innovation that will make it easier to convert FIAT currencies between them. Indeed, it would serve as an intermediary between the two currencies to make transfers more fluid and faster. XRP is sometimes accused of being too centralized and is currently experiencing some legal problems with the American regulatory authorities. Nevertheless, it remains a pioneering project with a strong community and is still solidly installed in the top 10 of the largest capitalizations in the sector.