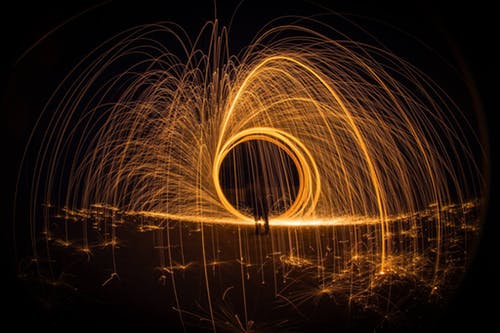 On a blockchain, two parties can make an immutable and irreversible transaction that is for all time recorded on the ledger to be verified by anyone who likes. As one of the most influential tech investors, Marc Andreessen states the outcome of this technological breakthrough is difficult to exaggerate. The most popular utilisation of blockchain has been the digital currency.

Digital currencies like Bitcoin use decentralised blockchain to record an open and unalterable history of transactions. Vast amounts of transactional data are being generated on the blockchain for various and regularly undisclosed purposes. This makes them a rich and progressively developing wellspring of valuable data, which requires sophisticated analysis due to anonymity. Here, numerous data analytics tools have also are being built dependent on explicitly structured and impromptu design approaches.

Even though public blockchain analytics is a new trend, transactional data has been utilised for credit cards, checks and bank payments for decades. The distinction with crypto and conventional payment data is that the former is made on a specific degree of the obscurity of the parties, but nevertheless recorded on the public blockchain. One of the key contrasts between the two payment frameworks is that any transaction made in traditional payment systems need to go through a third party payment processor. Here, the transaction data includes the names and bank account information of the parties involved.

On the other hand, transactional data on public blockchains like Bitcoin and Ethereum does not contain precise information on sender and receiver IDs. That information is cryptographically represented by the network in the form of blocks and announced for the network to verify. Unlike traditional digital banking, data related to new transactions including wallet addresses and funds can be tracked by anyone using a transactional hash function.

For instance, Bitcoin SHA256 hash function enables you to make a digital footprint for whatever information you put into it. The capacity to hash a long string of transactional data in a short, one-of-a-kind string enables to make a unique identifier for every transaction. This implies that it is conceivable to get data for each and every transaction ever made on Bitcoin, which is basically every data scientist’s dream.

With analytics, it is conceivable to follow who is purchasing what and paying for specific services utilising cryptocurrency. This is being used for tracking money laundering and illegal funding of criminal activity. Also, for businesses that are working in cryptocurrency services (such as newly created New York Stock Exchange subsidiary Bakkt), one of the critical advantages for analytics is ensuring that the individuals with whom the organisation is working with are genuine and trusted. At present, trust is troublesome as the degree of anonymity in blockchain implies that occasionally even the most fundamental degrees of oversight can be hard to implement for businesses.

There are some critical advantages for law enforcement agencies that rely on blockchain analytics services. Utilising top to bottom investigation of blockchains through the information they can create and pattern recognition over a large number of connections. This way, it is conceivable to recognise anomalies and criminal users. It is what might be compared to credit checks on a credit card, ensuring that the activities are legitimate and certifiable.

Other than transactional data that include monetary relations between addresses, the launch of Ethereum 2.0, which brought programming software to blockchains, has impelled smart contract analysis as a significant analytics development. Here, blockchain investors and analysts are monitoring smart contract transactions, event logs and account holdings. They can make informed decisions based on meaningful real-time metrics based on on-chain activity & analytics.

An issue of analytics with Blockchain is that data composed into records (like levelDB files in Ethereum and .dat files in Bitcoin) on disk which makes querying tedious. But, lately advancement of Blockchain query languages and analytics frameworks are being built. Analytics frameworks enables us to incorporate relevant blockchain data with data from different sources, and organise in a database, either SQL or NoSQL. Companies like Santiment and Chainalysis have also created in-house querying and analytics tools.

In this regard, there are certain companies tracking public blockchain payments using conventional data analytics strategies and attempting to track transactional data so as to make significant bits of actionable insights. CipherTrace, a San Francisco Bay Area-based startup creates analytics tools including anti-money laundering (AML) and digital forensics. The company which recently raised a $15 million round, expressed it is expanding globally and bring new solutions for customers. CipherTrace is known for its quarterly cryptographic money AML reports and profound forensic aptitude, having various worldwide partners as customers, including government organisations, law enforcement specialists/examiners, digital currency exchanges and monetary organisations. Its tools are utilised to enforce AML laws and battle fraud, among other security dangers.

Other examples of analytics companies are Neutrino and Chainalysis which develop tools for law enforcement and banking firms to explore and investigate transactional data on public blockchains. Neutrino offers tools to screen and track not just Bitcoin but also more privacy-focused blockchains that are used by cybercriminals like Monero. In 2017, Neutrino had found that the North Korean hackers behind the WannaCry ransomware cashed out Bitcoin by converting them into Monero coins, based on the analysis it had done on the transactional data.