Home Fintech Blockchain Beyond Finance: A look at the technology’s implementation in rewards and...
Facebook
Twitter
Google+
WhatsApp
Linkedin

Blockchain technology, which is being tested across multiple industries, has the potential to significantly transform customer loyalty programs.

Businesses around the world offer customer loyalty programs to reward customers who make frequent purchases and encourage their “loyalty”. The companies can decide what they wish to give as a reward – redeemable points, free merchandise, discount coupons etc.

Deloitte explains that a blockchain-based loyalty rewards program can enhance customer experience by reducing costs, enabling a frictionless system, making the process near real-time, providing a secure environment, and more.

“Loyalty programs can have multiple companies as partners to serve a customer base. For consumers managing an array of loyalty programs, blockchain could provide instant redemption and exchange for multiple loyalty point currencies on a single platform. With only one digital “wallet” for points, consumers would not have to hunt for each program’s options, limitations, and redemption rules.”

A number of startups are spearheading efforts in this area including qiibee, Loyyal, Vexanium, and Loyela.

In February 2018, Singapore Airlines (SIA) announced that its KrisFlyer frequent-flyer programme would launch a blockchain-based airline loyaltydigital wallet capability. Within a couple of months, SIA launched “KrisPay,” the digital wallet will convert KrisFlyer miles into instant purchases, starting from as low as 15 miles. 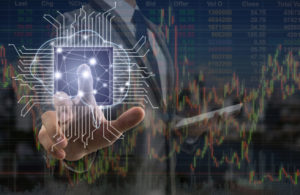 The blockchain-based wallet enables KrisFlyer members to pay for items at SIA’s 18 partner merchants, including gas stations, beauty product retailers, food and beverage outlets, and others.

Mikitani said that Rakuten is integrating its ID globally and all its services (Kobo, Viki, PriceMinister, etc.) will be able to use its blockchain-based coin adding that “it would be able to be exchanged to the fiat currency.”

In August 2018, blockchain loyalty startup qiibee entered into a partnershipwith Italian Retail Association Confimprese, an association of modern commerce companies operating throughout Italy. qiibee is a loyalty token protocol that helps brands around the world run their loyalty programs on the blockchain. With this partnership, qiibee’s services have already been offered to Confimprese’s 300 members, with negotiations ongoing.

In September 2016, Minsheng Life Insurance, one of the largest insurance companies in China, in collaboration with BlockApps, a leading Ethereum enterprise blockchain developer’s platform, and ConsenSys, an Ethereum development company, announced plans to develop a blockchain-based employee appreciation and loyalty program. 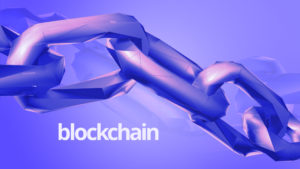 In December 2016, Avanquest Software, a global developer of consumer software and apps, released a new AQ Rewards app that is powered by blockchain technology.

AQ Rewards takes the advantage of speed, flexibility and security of blockchain technology with the help of Bytecent platform in order to distribute rewards to its users. The users get digital currency as the reward with Bytecent.

In February 2017, Tech Bureau, a blockchain company headquartered in Osaka, announced that it is offering its Mijin platform to the blockchain application test of Hitachi Solutions’ point management solution “PointInfinity”. In an online post, NEM explained, “The framework of the project “PointInfinity” is to allow merchants to deploy point-based and electronic money management systems, wherein they can design their own membership programs and Point of Sale (“PoS”) software for loyalty programs and special offers.”

Through the blockchain trial, Hitachi sought to determine if a private blockchain could meet the demands of a high volume transaction system.