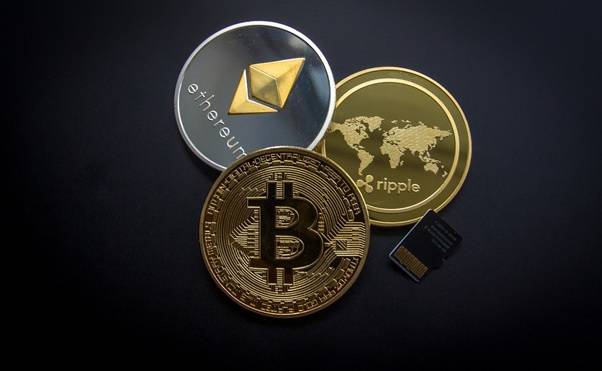 What is a cryptocurrency?

Cryptocurrencies are a relatively new form of currency and is based on a decentralized network based on block-chain technology. Crypto-currencies are not governed centrally, but instead rely on a series of computers that ensure it is not double-spent and can be virtually impossible to counterfeit. As it is not issued by any central bank or government, crypto currencies tend to be governed more strongly by market forces as they are largely unaffected by fiscal policy.

Bitcoin was the first block-chain crypto-currency and remains one of the most popular and the most valuable. There are a number of others that are essentially clones of Bitcoin, and others that are completely new. As of the end of 2019, the value of Bitcoin worldwide was estimated at around US$146 billion, representing almost 70% of the market, with currencies such as Litecoin, Peercoin and Ethereum making up the rest.

Online gaming has become increasingly popular over the years. With developments in technology, and changing player habits, the online gaming market has grown from roughly US$138.7 billion in 2018, and is expected to increase to US$198 billion in 2022. Of this just under half of all games will be on mobile devices but will account for around 80% of total revenue. Online gambling has seen a similar trajectory, worth around US$58.9 billion in 2019, expected to rise to US$92.9 billion by 2023. The online gambling industry is notoriously forward thinking and not afraid to adopt and test new technologies, and their use of crypto currency is no different.

Though quite new, there is a great deal of scope for the use of crypto currency in online gaming. Online casinos in particular have embraced crypto-currencies, with a number allowing for the use of these alongside traditional banking methods, as well as the emergence of online casinos dedicated solely to the use of crypto-currency. Players can now bet Bitcoins rather than dollars when playing, who knows, perhaps it really is the future of poker.

There are many benefits to using crypto currency for players and providers:

Crypto currencies remove a lot of the third-party bureaucracy, making transactions almost instant. This is beneficial for players who are able to fulfil the need for instant gratification and receive the purchased item instantly, but for developers it means that they make the sale; there is a reduced risk that the player will abandon the purchase.

Because of the way crypto-currencies work, they are virtually impossible to hack or to counterfeit transactions, making they incredibly secure, more so than traditionally banking methods.

Crypto currencies remove the need for international transaction fees and loss of winnings by having to exchange money, meaning players get more bang for their buck, and will usually be encouraged to spend more, which benefits the online casino too.

Players are able to play from anywhere in the world without needing to confirm their identity, age, or email address. This can be desirable for some players but needs to be managed efficiently by providers to ensure regulatory compliance with the local laws.

The use of block chain cryptocurrencies is able to provide regulatory oversight and transparency of all transactions without the need for a third-party intermediary. Because of the way crypto-currencies work, it is virtually impossible for there to be fraud, and in the event of any disputes there is a clear audit trail. Equally, individuals are afforded greater securities in not being ripped off unwittingly by the casino.

Despite their being a number of clear benefits to using crypto currencies, there are several things that online casinos and users need to be aware of and put mitigation in place to address:

Though anonymity can be great for players, it makes it difficult for casinos to verify the ages of those player, who they are, where they are, and where the money has come from to ensure there is no illegal activity. It is also more difficult to detect and tackle money laundering.

Again, though this may be beneficial to the individual, it means that there may be an element of tax avoidance, as people fail to declare their assets held in crypto currency. Casinos need to ensure that they are not party, even unwittingly, to any sort of illegal activity.

In a similar vein, the lack of ability to trace funds may provide opportunities for increased illegal activity.

What does the future hold?

Crypto-currencies and associated technologies are still in their infancy, and there is scope for the gaming industry, in particular gambling, to really make the most of the opportunities and benefits afforded by crypto-currencies.

There is the potential for gamers and gamblers to win in-game virtual currencies that could be traded for crypto-assets, with a real-world value. Monetization within games in this way can be beneficial to both players and developers alike, rewarding players with something tangible with real world value, as well as incentivising them to play, and therefore spend, more in-game.

Developers have the potential to use the block chain technology to create in game items that belong to the player rather than the game and incentivise gaming across the different offerings from the same developer.

However crypto currencies are used, developers need to be aware of the potential pitfalls, and ensure they put steps in place to safeguard themselves and their players.