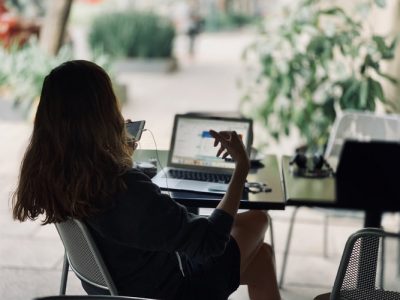 Banking customers prefer to use digital services but still want human interactions at points of need, according to a new global survey.

The research, by banking software company Temenos, found that while customers want banks to help them manage their financial lives and expect more from their digital banking services, access to people is a priority.

Among the 4,700 global banking customers surveyed, 19% said making it easier to speak to a human representative is the top item they would like banks to focus on, followed by making it easier for customers to complete banking tasks themselves, at 17% of respondents.

Banking via mobile apps is the preferred choice of 65% of respondents, while 51% chose banking on a website. In-person visits to a branch were preferred by 42%.

The same percentage (42%) of customers liked interacting with their bank on the phone, while 37% liked email and one in five, or 19%, preferred to interact via social media.

The survey also showed that customers wanted support from their bank for finding easier ways of paying bills or sending money on time. This was identified by 43% of respondents as a top priority.

More than half of those surveyed wanted services that would positively impact their lives in the long term, such as help with reaching life goals (29%) and accurate recommendations for budgeting and saving (22%).

“Banking products are out,” stated Joaquin De Valenzuela Muley, senior vice president and business line director at Temenos Infinity. “Advice and support that allow customers to meet their goals are in.”

He added that banks’ primary focus should be their customers and finding ways to anticipate and meet their needs and goals.

“This involves a different approach, reinventing processes and unifying the bank around the customer,” he said.

Among those surveyed, three in five said their last visit to a bank branch was due to need rather than because they wanted to. This backs up recent research from The Economist Intelligence Unit, which revealed that nearly two thirds – 65% – of bankers believe the branch-based model will be “dead” within five years, up from 35% four years ago.