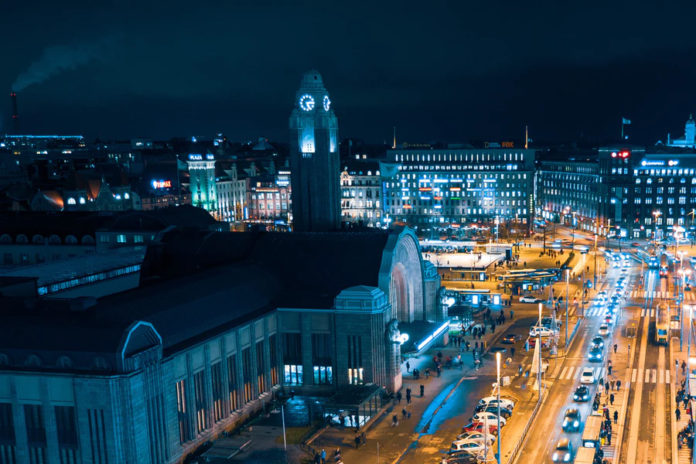 In a government office in Finland, 28 employees are working alongside 18 robots to trial a new way of working.

Finland is one of the world’s most advanced govtech nations, ranking sixth in the 2018 United Nation e-government survey. “We have allocated for this year 10 million Euros to encourage government agencies to use robotics, analysis or AI in daily functions,” Anna-Maija Karjalainen, Director General of Public Sector ICT at the Ministry of Finance, tells GovInsider.

In an exclusive interview, Karjalainen shares Finland’s focus on AI; why it has reformed its digital identity vision; and how it is pioneering services for marginalised residents, including asylum seekers and the elderly.

Artificia l intelligenceis playing a key role in the Finland Government’s finance and HR – validating purchase invoices from vendors, maintaining supplier registers and verifying changes to government employees’ contracts, according to a Finnish vendor it worked with.

AI has taken over the repetitive and manual tasks in the office, and allowed employees to spend more time and energy on customer service. “We have several different HR and financial systems, where you move the information from one system to another, and checking that data is in certain guidelines is a big part of it,” Karjalainen says.

This automation has brought the government annual savings of five million euros, she says. “What we are thinking in Finland all the time is the cost efficiency; how we can do more with less.”

The savings is equivalent to employing “100 persons less to do the sort of manual work that our robots are now able to do”, she says. The operations of a single robot costs 16,000 Euros annually.

The government has set up a “special fund for digitalisation” of 100 million euros to be spent over three years, according to Karjalainen. In addition, it has allocated 30 million euros for regional and local governments to implement their own digital projects.

One of the projects emerging from the special fund uses blockchain to provide welfare payments to asylum seekers. The national immigration service now provides payment cards containing grants for refugees to get a basic standard of living.

Each payment card is linked to a unique digital identity on a blockchain, doing away with the need for identity papers or bank accounts. A blockchain database monitors all card transactions, serving as an added layer of security to ensure that refugees get the money they need.

“The blockchain secures the information that we use,” she says, and “ensures that it’s okay for refugees to get the money from the bank.” Its secure digital trail allows for credit scoring and allows fellow users to lend money to one another.

These cards also serve as a form of identity that allows refugees to get jobs, receive their salaries and pay their bills. In late 2017, the programme had about 4,000 active accounts, and was launched across the European Economic Area (EEA).

In January, Finland mandated that all government agencies must provide digital services. Citizens will primarily communicate with the government online, while businesses must use digital services to communicate with the agencies. The aim of this mandate, Karjalainen says, is to “give these services regardless of the location, and with 24/7 accessibility”.

Digital identity is a key platform for this, and Finland has drawn crucial lessons from previous attempts at launching a national digital identity. The government pioneered the world’s first national e-ID project in 1999, but had to compete with digital authentication services provided by Finnish banks.

Ultimately, high costs of using the government-issued IDs led to low usage rates, according to a 2010 study of the system. National e-IDs are “not used so much”, and Finnish citizens rely more on their bank IDs and mobile IDs, Karjalainen says. The 2010 study reported that the bank IDs were used for 99.9% of all e-government and e-commerce transactions, with only 0.1% using the government one.

Finland has now revised its approach to digital identities: citizens can transact with governments and businesses via a “trust network” using any one of three identity systems – bank IDs, mobile IDs, or national electronic IDs. “These three possibilities are available for identification,” says Karjalainen. This approach sets it apart from others like Estonia where citizens largely use the government digital identity for transactions with government and businesses.

As Finland brings all its public services onto digital platforms, the government must provide assistance to those who may not have easy access to a computer or the skills to use it. “We try to support and help people who are unable to use digital services,” Karjalainen notes.

The government has introduced an e-authorisation system to allow citizens to use e-services on behalf of another citizen who might be entirely unable to use digital services. “You can authorise somebody else to use the digital services on your behalf,” she says.

For instance, citizens can now book medical appointments on behalf of their ailing parents, who cannot use the digital services. Finland is the first country in the world that allows citizens to electronically authorise another person to make important decisions for them.

Meanwhile, Finland has launched a nationwide support network that aims to help citizens who are not digitally savvy. The approach differs for citizens with varying needs.

Social and healthcare services are two key services that constitute this support network. Finland has introduced a virtual hospital hub where healthcare professionals can diagnose, treat patients and refer them to specialists remotely, and where patients can access self-help exercises and therapies, both on websites and through mobile apps.

Some cities are already bringing advanced digital healthcare services to their citizens, but other cities have fallen behind. “We’re consolidating these services,” she says. In future, the fully established support network will help bring quality healthcare to more citizens across the country.

By focusing on disadvantaged people, and ensuring equality of access, Finland’s digital vision is anything but robotic. But even the most humane government policies can be enhanced by effective, efficient tech implementation.

Image of High Tech Center in Finland by Aarni Heiskanen – CC BY 2.0