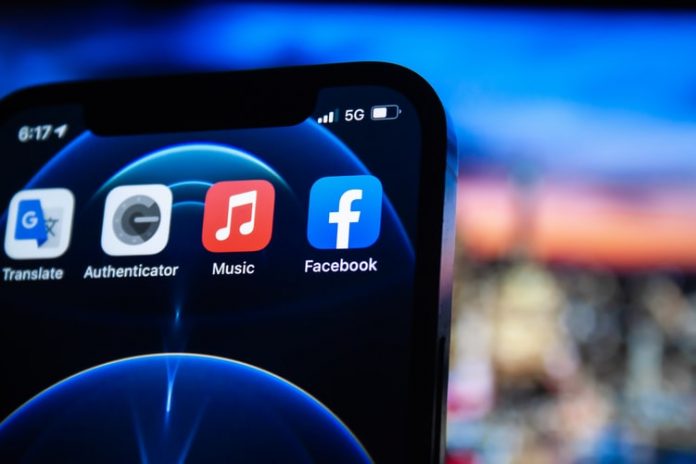 David Marcus, co-creator and a board member of Diem (formerly known as Libra), which is a centralized cryptocurrency project initiated by Facebook, emphasized in an interview with Bloomberg on Tuesday, that the company simply doesn’t understand Bitcoin, and continues to flounder on delivering even its own altcoin project, or a single NFT.

Marcus confidently told Bloomberg that “we think the world needs a better payment system.” He implied that after all these years, Facebook is nearly ready to deliver the solution.

It is unfathomable how a company with access to the lion’s share of the world’s computing power has failed to understand that Bitcoin has already solved the problems of final settlement, near-instantaneous transactions, monetary privacy, permissionless money, and commission-free remittance.

Bitcoin and the Lightning Network are on the eve of being adopted as legal currency by the country of El Salvador in a grand-scale demonstration of all of the virtues Bitcoin has had to offer for years. Facebook hasn’t got a clue.

Marcus even commented, “We’re really falling behind at an alarming rate.”

When asked what the hold up is with releasing Novi, Facebook’s non-private hot wallet, Marcus assured Bloomberg that Novi is “ready now.” But as to why it hasn’t been issued, he said:

“We want to make sure we can earn people’s trust over a long period of time.”

This statement ought to be presented here without comment. Over the years Facebook has consistently demonstrated an interest in compromising the privacy of more people than any company on the planet. Issuing NFTs and an in-house, proof-of-stake altcoin through hot wallets is testament to the fact that Facebook is functionally a surveillance company.

SO WHAT IS DIEM?

Diem is a simple rebranding of Libra, a centralized, proof-of-stake cryptocurrency project initiated by Facebook on its slow, tone-deaf, megalomaniacal quest to solve the world’s money problems. Facebook has been “looking into” blockchain and promising to bank the world’s unbanked and solve remittance fees for years through this project, but it has failed to deliver any actual products.

The plans for Diem and Libra have both been doomed from the start. Facebook’s planned centralized stable coin will not rely on mining or proof of work, and will therefore be no different from any other ICO scam, that is if they can manage to bring it to market. The issuance and control of Facebook tokens will effectively make them a tiny digital form of fiat, operating on a proof-of-wealth concept, whereby stakeholders such as Visa and Mastercard pay to operate large “nodes” that serve an unclear purpose.

It is unclear whether Facebook has even considered why they would put such a misguided project on a blockchain. There is nothing about Diem that requires a distributed time-stamping server, much less a centralized time stamping server. The firm would be better off issuing and maintaining their future digital fiat from a centralized database, from which they could more efficiently surveil Diem holders and sell data about them.

Blockchains outside of Bitcoin are useless, because Bitcoin already exists.

So far, no distributed proof-of-work system has subsumed Bitcoin in terms of function, adoption or decentralization, and each passing day it becomes more unlikely that something can. Bitcoin, one of the first blockchain technologies, was invented in part to fix money by removing the influence of centralized corporations from its issuance. The world doesn’t need Facebook, or a centralized, controlled, exceedingly unprivate, permissioned version of Facebook money.

On trust, Marcus commented, “I think over time there are going to be more trusted stable coins.”

Facebook either doesn’t understand the issues with trust-based monetary systems, or they are choosing to ignore them in favor of profit. In no part of the interview was there a mention of the fact that Bitcoin solved the trust problem over a decade ago.

When asked whether Facebook had considered Bitcoin being involved in the Novi wallet at all, Marcus spoke to the price fluctuation of Bitcoin denominated in U.S. dollars. This is an entirely misguided understanding of what Bitcoin is. The Bitcoin protocol itself is agnostic to U.S. dollars. One Bitcoin equals one Bitcoin. Naturally when comparing a scarce asset such as Bitcoin to an infinitely inflating asset such as fiat, you will see volatility.

Diem was originally intended to be a stable coin, one connected to a basket of altcoins through Novi. Now Diem is aiming to be strictly a dollar stable coin, Marcus told Bloomberg.

He commented that the Novi hot wallet might actually have to launch without Diem, “as a last resort.” But hopefully the two products can be released together, as Facebook leadership seems to believe both are required to change the world.

Marcus explained that Novi, as it currently stands, is “definitely not prepared” to even host digital fiat currency.

Marcus’ frustration with the fiat system is that it takes three days to clear ACH payments, he told Bloomberg. What he sadly fails to understand is that through fiat, there is no final settlement.

In the fiat world there is always a pervasive risk of confiscation when money is held by third parties, and most of the time, people do not even custody their own wealth. They have to ask permission to access it from a bank.

In this light it is extremely unlikely that Facebook is going to change the monetary landscape of the world in any meaningful way, or deliver any centralized monetary product that we haven’t seen before.

As to the company’s future operations, Marcus noted to Bloomberg that as a board member of Diem he can’t speak for them, as board members don’t run or control the operations at Diem.

According to Business Insider, Facebook’s crypto boss says the firm is “looking at building NFT-related features” on Diem.

“We’re in a really good position to do so,” David Marcus told Bloomberg on Tuesday.

The project is apparently still too early in development for Marcus to detail Facebook’s NFT product plans, but he assured Bloomberg the company’s “developers are on the case.”

“We’re definitely thinking about this,” he said. “It’s really an area that is worth exploring, and one where we can have a positive impact for both creators and consumers.”