Home Uncategorized Forecasts for the Australian Economic Boom – Could it Lead to an...
Facebook
Twitter
Google+
WhatsApp
Linkedin 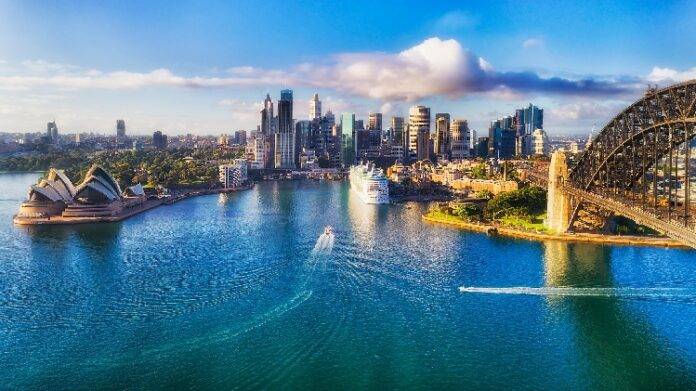 Like most international countries, Australia was faced with the unenviable challenge of tackling the coronavirus pandemic in 2020. However, it’s fair to say that this country fared better than most in this respect, with just 909 fatalities reported as of February 3rd.

This success has translated into quicker than expected and more sustainable economic growth, however, driving a viable recovery that will boost both businesses and investors throughout 2021.

However, it has yet to be reflected in Australia’s stock market, which continued to lag behind even its regional peers in Q4 of 2020. But could this be about to change as 2021 gets into full swing?

Covid-19 and the Australian Economy – What do we Know?

In addition to recording fewer than 1,000 coronavirus deaths since March 2020, Australia has also capped the total number of infections at 28,829 by the beginning of February 2021.

This compares favourably with similarly developed nations such as the UK and the US, which have recorded more than 30 million individual cases and in excess of 555,000 deaths during the same reporting period.

Of course, this can be partially attributed to the remote and island nature of Australia, but there’s no doubt that it has also enabled the land down under to reopen its domestic economy far quicker than similarly developed entities.

Make no mistake; Australia’s $1.9 trillion economy has already begun to recover from its first full recession in nearly 30 years, following a dramatic reduction in coronavirus case numbers and the impact of fiscal and monetary stimulus on positive job growth.

These factors have also helped to drive higher levels of consumer spending and increased construction activity, while investors will have also noticed the increasingly robust performance of the Australian dollar and its rise against the US dollar.

The Impact of China and the Potential for Increased Investment

Of course, Australia’s economic fortunes have also been enhanced by the rapid recovery of the nation’s biggest regional trading partner (China).

More specifically, this has increased demand and subsequent exports of iron ore, which continue to power Chinese steelmaking and sold in record volumes during the second half of 2020.

This has definitely amplified the impact of the government’s stimulus of more than $300 billion, while higher volumes of exports have also been empowered by the decision to slash the base interest rate to just 0.01%.

As we’ve already said, however, the Australia’s financial markets have yet to respond positively to the economic recovery, despite the benchmark S&P/ASX 200 having risen steadily since the second half of last year.

The main issue here is that these gains have scarcely begun to make up for the previous 37% plunge, but there’s no doubt that Australia’s economic rebound is beginning to capture the attention of investors across the board.

Such individuals are certainly seeking out high-yielding assets in the current climate, with Australia’s burgeoning economy starting to shine like a beacon across the globe.

With continued fiscal stimulus measures and sustained demand from China likely to continue this trend well into 2021, Australian stocks could be poised for a bumper 12 months and increased investment both domestically and from overseas.