No doubt, blockchain is spawning a new movement that is disruptive to traditional tech companies. The new age of blockchain is what crypto enthusiast like to call Web 3.0. And China is the rocket head, innovating and filing blockchain patents.

It will take a while before the blockchain technologies take root. Thereafter it will decentralize power back from power-hungry corporations creating models out of user activities. Because of trust, they are reckless. 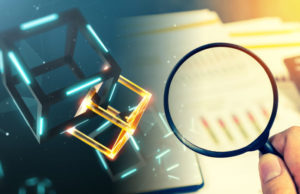 The latest Facebook hack saw personal details of 50 million users siphoned off by hackers. But, once blockchain technologies become mainstream, many tech companies will be obsolete—unless they change with the trend.

Stand on Bitcoin and ICOs

Though China is known for their tough stand on cryptocurrencies, crypto exchanges and ICOs, the participation global blockchain development is noteworthy. According to data from Genome, the PBoC through its research wing, the Digital Currency Research Lab (DCRL) filed 41 blockchain patents.

Chinese companies on the other hand occupied six of the top ten slots in the patent lists with Alibaba filing 90 patents. Cumulatively, Alibaba, Ten Cent and other companies filed twice the number of patents as their US counterparts. What’s more, these companies are active in US exchanges.

It’s ironic because while they dominate on the innovation front, Chinese citizens don’t have direct access to investment. Trading cryptocurrency in China is illegal. More than 150 crypto exchanges are out of business as a result. But still, Chinese developer approach is very different. To them the underlying technology is important and not price. In a recent AMA, David Li, the founder of Trinity said confirmed this stand saying:

“For the Chinese who are working on blockchain projects, the price of the underlying project means nothing to them — since they can’t own it. The main focus is on technology.”

Yes, that’s true and with President Xi JiPing saying blockchain is accelerating break through applications it’s easy to see why Blockchain will be worth $102 trillion in the near future. That’s three times the current valuation of the internet. 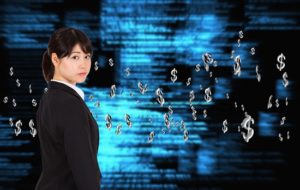 By connecting the dots, it’s not hard to see why China is on the path of launching their own stable coin. In a 2017 report by DCRL, the report said in part that it will become “inevitable for the PBOC to launch its own cryptocurrency”. This way the central bank can “easily upscale the existing circulation of fiat”.

The Eventual Launch of a PBOC Stable Coin

Most likely, the asset will be a stable coin. Then there will be backing not only from the PBOC but from Chinese blockchain projects. This powerful coin will competing with the likes of USDT while eliminating Bitcoin which is quickly becoming a crypto reserve.

At the same time, they will want to control their money supply while allowing Chinese investors to buy into crypto projects via sovereign stable coin.

Besides, by issuing a blockchain coin, not only will it be streamlining the interest of the government and Chinese investors, but revenue collection will be efficient—if not perfect. So after, it’s likely that crypto exchanges will open up allowing money to flow back into cryptocurrencies.

Back in 2011 when Chinese investors could invest directly in Bitcoin, prices shot 900 percent. But this time, it will be a moon sling for Chinese projects as NEO.