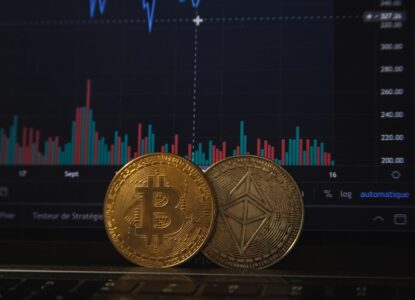 Cryptocurrencies and nonfungible tokens (NFTs) may be all the rage right now, but they’re overshadowing better uses for blockchain and other distributed-ledger technologies. Rather than using them to disrupt financial systems or the art world, distributed ledgers can be used to create trust among Internet of Things devices, which is essential for any successful IoT network.

Trust among devices can enable scenarios like an autonomous security robot checking the security clearances of drones flying overhead, or a self-checkout register at a grocery store that flags recalled meat when someone tries to buy it. Unfortunately, these use cases exist in primarily theoretical or pilot stages, while flashy crypto applications garner the most attention. But finally, an upcoming smart-home standard is using blockchain to create trust among devices.

The new standard, put forth by the Project Connected Home over IP (CHIP) working group in the Zigbee Alliance, an organization developing the ZigBee wireless standard, focuses on improving IoT-device compatibility. That includes making sure devices from different manufacturers can securely interact with one another. Project CHIP’s ledger is one of the first scaled-out blockchain efforts outside of cryptocurrency launches.

CHIP’s standard describes a blockchain-based ledger that contains each CHIP-certified device, its manufacturer, and facts about that device, such as the current version of its software and whether or not it has received a particular update. The standard also includes other basic security features such as encryption among devices.

The creation of this CHIP Compliance Ledger will let anyone with access to the ledger automatically monitor the status of all connected devices listed. People living in smart homes with hundreds of sensors, devices, and connected appliances could then use a service provider to keep everything up to date. The ledger also allows manufacturers such as Amazon, Apple, or Whirlpool to monitor the security of their own devices automatically.

What’s great about this blockchain approach is that it eliminates the need for users to track and monitor the security of all their devices. Depending on how the ledger is set up, it could also alert people to device vulnerabilities. The ledger could even be used to automatically quarantine those vulnerable devices.

CHIP hasn’t shared a lot of details on the ledger yet, but it’s unlikely that it will use a difficult, energy-intensive proof-of-work approach to verify a change to the ledger. Cryptocurrencies like Bitcoin and Ethereum currently use such approaches, with the downside that they make the currencies extremely energy hungry. But because smart devices are already designed to merely sip battery power, CHIP’s ledger will hopefully require less-taxing proofs to add to or change the ledger.

While CHIP’s ledger may not be as flashy as an NFT selling for over US $60 million, it’s an important step toward a more useful approach to distributed ledgers. A device’s ability to establish its bona fides and list its software patches over its lifetime is invaluable for device security. If the companies participating in Project CHIP can show the world that its blockchain approach can certify and secure millions of smart-home devices, then we can expect to see more efforts to scale up distributed ledgers. Those efforts may not be meme-worthy, but it will be a relief to have more machines that trust one another.