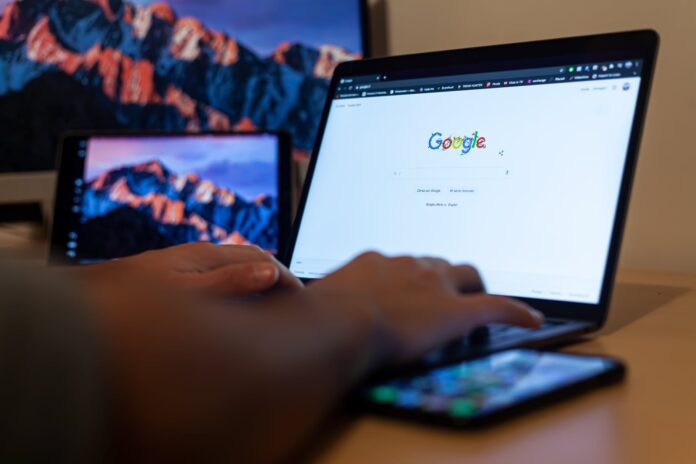 Consumers may not always think about Google when they think about shopping. Still, Google thinks about them and how its underlying technology can support better retail experiences for consumers and merchants alike.

At Google’s annual I/O conference last week, the search giant made its intention clear to more fully integrate itself into the world of commerce, announcing an expanded partnership with Shopify to deepen their integration. On Thursday (May 27), Google announced it’s taking that several steps further as retailers on WooCommerce, GoDaddy and Square will soon be able to integrate with Google easily and for free.

The crux of the commercial transformation by the world’s leading online search engine is, well, just that: that consumers turn to Google to find things more than they do to buy things.

The twist, however, is that Google fields over a billion buying inquiries per day into 24 billion listings contained within its shopping graph, Google Vice President and General Manager Matt Madrigal told Karen Webster shortly before the news went live.

“We want to bring all the different buying options together for consumers,” he said, “because as we’ve seen with the growth of omnichannel retail and experiences, consumers expect not just a lot more in product choices, but really a change in how they shop.”

Google contends that as much as the digital commerce landscape has expanded over the last year, that growth has hardly been evenly distributed — some firms did incredibly well, Madrigal noted, but not all or even half.  That fairly lopsided outcome, he said, means the majority of growth in the eCommerce sector has been distributed among a handful of mega-players worldwide, meaning many small and medium-sized businesses, not to mention entire retail segments, really haven’t seen the same lift from the explosive growth in online shopping that their large rivals have.

It’s a scenario that is not only harmful to the merchants that were left out but bad for consumers, too.

“No one wants to live in a world where there’s just one place to shop,” he said. “Our goal is to find ways to connect merchants of all sizes with shoppers, something Google is really uniquely positioned to do. We want to create this open network for shoppers and retailers from small D2C [direct-to-consumer] brands to big brands and online marketplaces.”

Google’s goal is to make it easier for merchants to connect directly with customers, regardless of where the purchase ultimately occurs.  If consumers chose to buy directly while on Google and use its commerce capability, that’s great, he said, or if they navigate to a merchant’s website or off to another marketplace to get the goods, that’s fine too.

Google’s goal, he said, is not to be the gatekeeper between the consumer and the seller in like many traditional online marketplaces have been known to do. The goal of Google’s commerce expansion, he said, is working on more ways to bridge the connection between retailers and consumers, enabling that connection, not getting in the middle of the brand’s relationship with their customers.

Making It Contextual – And Tailored

Madrigal told Webster that Google has many existing consumer touchpoints — Search, Shopping, Images, Maps and YouTube among them — to help merchants not only make those connections but leverage and customize them to their needs.

As part of its Thursday announcement, Google is also rolling out Marketing Livestream with a host of new tools that help brands curate their unique brand story, from the point of discovery to checkout.

Google Maps will highlight the locations of Black-owned businesses as well as those owned by women and other underserved communities. Consumers can tailor shopping searches to reflect more of their own specific social and brand preferences.

Madrigal also said that Google is making it easier for consumers to tap into their loyalty and rewards offerings while shopping on Google, and is expanding the use of AR tech to make cosmetic virtual try-ons possible, along with virtual dressing rooms for apparel.

The world of commerce isn’t going back to the way things used to be, Madrigal said — the digital shift is just the way of the world in 2021 and beyond. But the right tools, leveraged in tandem with Google’s massive global scale, can do a lot to level the playing field that is currently tipping against the little guys or SMBs, he said.

“We are driving toward is an open ecosystem where merchants can connect directly with their consumers and build that relationship directly,” Madrigal said. “Ultimately we want users to start their shopping journeys with us, and feel like they can find all the great inventory we have to offer across the free and open web.”