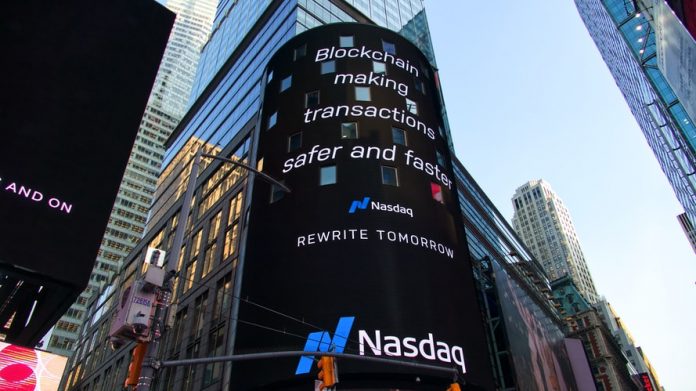 What are capital markets and why do they matter?

Reaching a global market cap of over $100 trillion for the first time in history, the capital markets industry is the most money-driven and interwoven sector in our global economy today.

A staggering ~$3360 trillion in transactions were managed on capital markets infrastructures in 2020 (Euroclear and DTCC) that power the trading and exchange of stocks, bonds, equities and other financial instruments. These markets help finance many of the companies around us in the world today, but not necessarily in the most efficient of ways.

Despite the pandemic and market volatility, the capital markets industry continues to grow. Whether this is asset issuance, the trading of securities or the sheer number of settlement transactions processed and stored across the market — activity and volume are on the rise.

Let’s take a look at some statistics from 2020 below:

So what does this have to do with blockchain?

Over the decades, these infrastructures that power capital markets have grown increasingly complex. There are countless intermediaries and interdependencies, as well as regulatory requirements and security standards that are in constant need of refinement.

Can blockchain solve these problems?

Definitely not all of them. As long as humans are involved, there will be trouble.

There are, however, many worthwhile improvements we can get out of integrating this technology. So during our research, we asked a number of companies how blockchain technology can improve the current market structure.

We discovered that blockchain technology can:

There is also the question of time. Completely moving the entire capital markets infrastructure to a blockchain-based infrastructure would realistically take a number of years. We may see a gradual migration where more and more assets are issued and managed on distributed ledger-based systems. As highlighted in a capital markets report by Capgemini, the transition needs to happen in phases.

Proven pilots and test prototypes need to become more efficient and secure. This could take around three to five years and is also dependent on the type of financial instruments being issued and traded.

What are blockchain companies in capital markets saying about this?

Industry challengers we’ve spoken to at Dusk Network, Polymath and Securitize talk about three major hurdles that are slowing down progress:

1. Regulation wasn’t there, but it’s changing

Moving an asset’s traditional lifecycle to a blockchain-based one previously wasn’t possible. Trying to compete with traditional capital markets firms while only covering part of this cycle made no sense for anyone.

The European Union’s MiCA (Markets in Crypto-assets) framework changed this by outlining a common regulatory framework for the issuance and trading of various types of crypto tokens. The goal is to cover new crypto-assets that are not covered by E.U. financial services legislation — this covers issuers, asset service providers and the tokens themselves. The E.U. is looking to create its own giants, as pushing for further standards is only helping blockchain service providers become more in tune with digital assets and legislation. The CAST (Compliant Architecture for Security Tokens) Framework is another notable framework.

2. The ‘cryo-state’ of most incumbents

During our discussion with Jelle Pol, founder and director of Dusk Network, he stated that the majority of companies are simply in a cryo-state. There are a few major market innovators that are pushing towards innovation in the market. However, many participants assume they can be a “second follower” — basically using the technology after others have proven it works. The rest simply do not focus on it and will sit on the sidelines until large-scale shifts begin to take place.

Corporations want a blockchain to get big press announcements, and are also publicly announcing their pilots, proof of concepts, or simply some form of “interest.” Many want to show that they are on top of innovation, but much time and effort is spent on experiments that ultimately don’t make it past the first round. The term innovation is therefore coined too much around media, rather than actual developments from start to finish.

In this research, we want to dive into what is real.

There are currently 230 blockchain companies tackling the capital markets space, but we’ve focused on the vendors that have shown recent progress. Many companies have disappeared or have simply become dormant since our last research eight months ago. However, some new entrants have come in, too, with promising developments.

An overview of the current DLT capital markets landscape

In short, companies can provide:

Many of them have their reasons, such as a specialization choice or a financial decision. At the bottom of the image, you find the current infrastructures (and potential payment providers used) to build these solutions and transact.

In primary markets (asset tokenization), we’re seeing a lot of activity in private equity, shares, fixed income and bonds. But over the years, a number of these platforms saw an increase in the demand for other asset classes, such as real estate. As discussed with Thomas Borrel, CPO at Polymath, real estate is currently the most popular asset to tokenize on their platform, although they still see demand for financial instruments such as fixed income.

Secondary exchanges that are launching blockchain-based systems have begun to show some major developments. Exchanges such as Boerse Stuttgart are already live, and some other exchanges have also decided to take on a hybrid type service providing customers with asset issuance and secondary trading such as Securitize and Templum.

Post-trade services (clearing and settlement) such as Paxos, and Baton Systems are competing with traditional clearinghouses. Some corporations like the Australian Securities Exchange (ASX), have decided to build their own settlement system to move US$2 to US$3 trillion of securities on their permissioned chain.

We’ve already extensively covered the digital asset custody space so won’t go in-depth on it here. Please see our research here and a guide to help businesses orient themselves.

Full-service solutions are also in development. With the exception of the DBS Digital Exchange (which went live in early 2021), these services are not necessarily realistic or desirable. Borrel, the CPO at Polymath, mentioned that “the idea of using or becoming a full-service provider may seem appealing, but there are diminishing returns for these businesses when trying to cover everything.” This is on top of competing with experts in individual fields, which often doesn’t make sense. It remains to be seen whether these full services will remain sustainable in the near future.

Some companies want private, permissioned networks to maintain full control over all activity. Others choose public, permissionless infrastructure, with the ability to build privacy-oriented financial applications to respect the needs of corporations. These public networks have the benefits of being able to integrate more innovations by the open-source development community.

What are institutions saying about blockchain in capital markets?

Despite the number of announcements, funding, and developments that are happening, it is important to be realistic and understand that integrating blockchain into capital market infrastructures will take some time to fully develop.

Some companies say that the regulatory market is “maturing” whereas others believe it is “consolidating,” but does this mean it’s moving in the right direction? We would say yes. There would not be this much investment if market participants felt that the direction of regulatory development would slow down their progress.

We are seeing some of the largest market players in capital markets announce their plans openly, and prove their activity and developments towards blockchain technology in the space. Whether it’s JPMorgan’s Repo Blockchain trading US$1billion a day, or Broadbridge’s platform processing US$31 billion a day, these numbers are still negligible when compared to traditional numbers, but they are rising nonetheless.

“We’re seeing a lot of interest on the investor side, but we’re also seeing a lot of appetite from issuers, as well. This is definitely a collaborative effort across the market.”

“We are moving two to three trillion dollars of securities onto this system, and that is larger than the whole global crypto world is sitting on the blockchain.”

The future of blockchain in capital markets

The moves into a blockchain-based capital markets system are gradually becoming bigger. It’s important to realize that despite the weight of the announcements, it will take time for this to develop.

Being an early mover has many benefits. The generations that are growing up now will have a completely different perspective on what it means to raise capital for anything, exchange wealth and store it securely. Understanding their mindset and building solutions for their needs will ensure your organization remains relevant in the future.

Stick with the old ways and lag behind, and you will quite literally be made obsolete in time by a virtual “fantasy” land full of games and memes, where every human learns about trading and investing in all kinds of assets from a young age. It is becoming part of the internet culture.