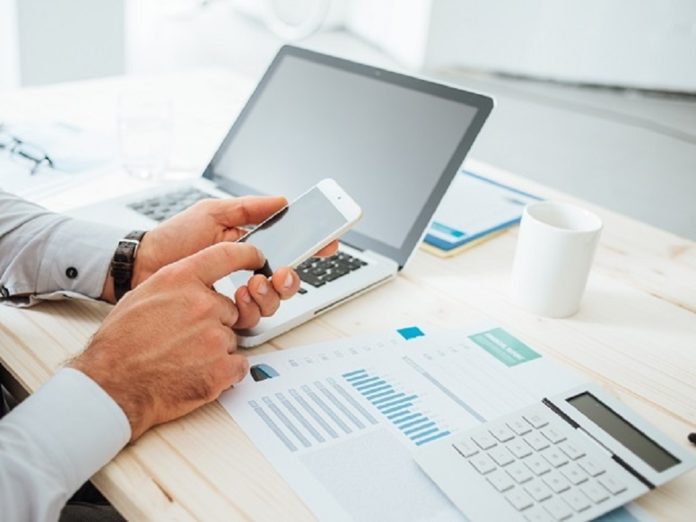 The Rise & Rise Of The US Dollar

The soaring US dollar has had a domino effect on currencies across the world this year. Since the beginning of 2018, the US dollar has appreciated over 7-9% against the Australian dollar and the New Zealand dollar, and more than 4% against the Euro and the GBP.

Despite the threat of a trade war with China looming large and experts fearing a downward spiral in the American economy, the US dollar continues to rise and dictate the fate of global financial markets and currencies.

However, the currencies of the emerging economies are the worst-hit by the rallying US dollar. While major currencies are down only a few percent, the Indian rupee has lost close to 13% of its value against the US dollar so far this year, the South African Rand is down 14%, the Turkish Lira has fallen by 33%  and the Argentinian peso has lost 48% against the US dollar since the beginning of the year. 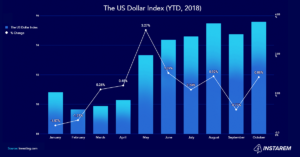 How A Strong US Dollar Has Impacted The Australian Economy?

A strong US dollar is a double-edged sword. While it makes foreign goods cheaper for Americans, American goods become expensive in other countries – developing as well as developed – and even some American exporters may lose their competitive edge in the international market.

A strong dollar does affect the American companies that earn significant portion of their revenues coming from overseas. 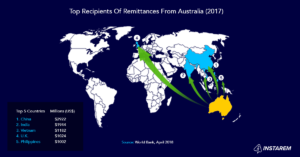 Why should Australian dollar get affected? Well, the Australian dollar has a strong correlation with global commodity prices. Australia is a major exporter of commodities like iron ore and coal, whose prices have declined due to a strong US dollar.

Weak commodity prices mean lower demand for the Australian dollar, which has lost around 7.60% of its value against the US dollar this year. Australian companies, especially the commodity exporters, will be adversely affected due to a strong US dollar. 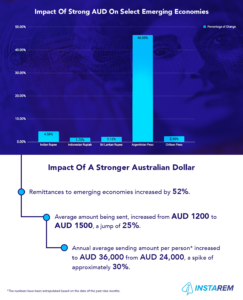 Australia’s close trade relationship with China also makes the Australian dollar vulnerable against the US dollar amid the ongoing tensions between China and the US.

Australia’s dependence on export of commodities like coal and iron ore for the global steel industry may further affect the prospect of the Australian dollar as President Donald Trump announced tariffs on imported steel and aluminium.

Another fallout of the strengthening US dollar against the Australian dollar is the high cost of petrol. Reflecting the recent strength in global crude oil prices as well as the weakness in the Australian dollar, the average petrol price shot to 159.3 cents a litre, its highest level in more than a decade. 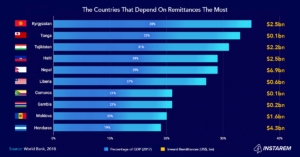 Remittances To Emerging Economies From Australia

As per the World Bank data, Australia is the 11th largest sender of remittances in the world and ranks 60th on the list of remittance receiving countries.

The falling currency values of the emerging economies have made the environment more conducive to remittance inflows as now expats in Australia get more bang for the buck when they transfer money back home.

Between March 30 and September 30, the Indian rupee lost 4.58% of its value against the Australian dollar.

InstaReM analysed approximately 100,000 transactions between January and September 2018 and found that money transfers from Australia to emerging economies increased by 52% when the Australian dollar was stronger in comparison to currencies of emerging economies. 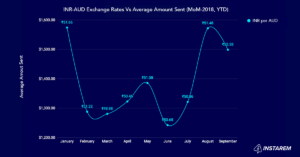 This graph shows average sent amounts by expats in Australia to India based on exchange rate fluctuations between Australian dollar and Indian rupee.

While a relatively stronger Australian dollar has had a positive impact on remittances to emerging economies, the Australian economy is struggling against the surging US dollar. However, every cloud has a silver lining! On the brighter side, a strong US dollar may prove to be beneficial for tourism in Australia as Americans, who now have a higher purchasing power, may want to take a holiday down under.

Check out our article here: https://www.instarem.com/blog/how-the-rallying-dollar-impacts-remittances-from-australia-to-emerging-countries