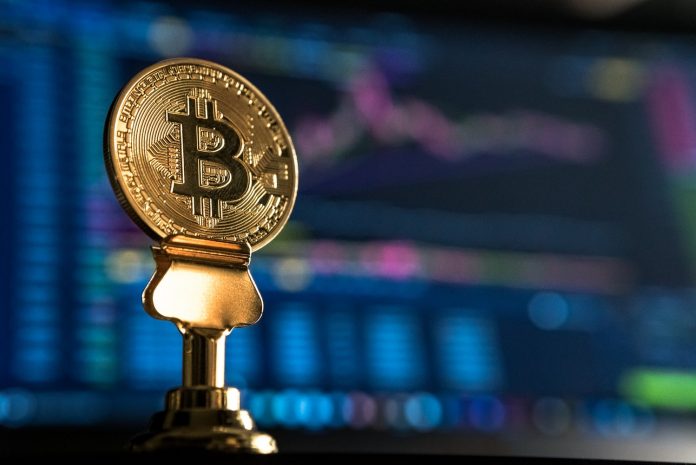 Blockchain technology is redesigning the world order via its interlinked network of blocks, simplifying monetary transfers and transforming the financial space.

But its pros may be weighed down by the huge environmental cost that cryptocurrency mining incurs each year. Currently, Bitcoin mining alone is responsible for more than 0.5% of global energy consumption.

Bill Gates, in early March, criticized Bitcoin for being the most energy-consuming transaction method known ever to mankind. Since then the Twitterati have been abuzz about how cryptocurrency mining has been hogging down energy from the already limited available resources. Down from their reputation of being a panacea for every malady, Bitcoin and its accompanying blockchain technology are earning notoriety as NFTs (non-fungible tokens) powered by blockchain are steadily gaining traction in the digital scene.

Cryptocurrencies are created — or mined, in blockchain terminology — over a decentralized network of computers that validates payments between users and maintains a historical log of transactions. Almost all the cryptocurrencies use a proof-of-work consensus mechanism that requires the miners to solve difficult computational problems, thus consuming a lot of electricity. There are hundreds of thousands of such computers that mine such cryptocurrencies actively, and only 39% of them use renewable energy resources, according to a University of Cambridge report.

The environmental cost of the digital revolution far supersedes the current stats that convict Bitcoin and blockchain as the sole culprits of degrading environment. A single swipe of your debit card initiates a rally of transactions over a humongous but buried network of systems. Though the frequency of transactions in banks and financial institutions (500 billion per year)  is incomparable to that of the Bitcoin network (100 million), cryptocurrency mining isn’t inherently prone to leave a carbon footprint.

We ought to know how climate change is a huge environmental issue being realized today by businesses and the masses alike. A 2019 study by Harvard Business Review found that the market for sustainable products was touted to grow 5.6 times faster than the other not such responsible products. Another study found 79% of the customers preferring socially and environmentally responsible products. With changing customer preference towards environment-friendly products, the crypto industry has to work towards more sustainable energy solutions as it nears mainstream adoption. Let us look at the solutions available to tame the cryptocurrency industry’s carbon footprint and excessive energy consumption.

Solutions within and without

Changing the way coins are mined

The proof-of-work consensus mechanism is averse to saving energy due to its insatiable and unending consumption issues. It is, therefore, pertinent to change the way coins are mined. Easier said than done. Attempts have been made to bring in more energy-efficient consensus mechanisms, like the proof of stake and proof of authority.

Proof of stake is a low-energy consuming consensus mechanism as it leverages the efficacy of coins itself in the network. A user who has locked his tokens can verify blocks; therefore, the need for intensive mining is eliminated. Ethereum founder Vitalik Buterin strongly believes that blockchains sharding based on proof-of-stake is “thousands of times more efficient.”

A group of hackers created an eco-friendly network based on the same called the PIVX network. The network’s energy requirements can be sufficed by a single wind turbine alone!

A proof-of-authority consensus mechanism leverages the identity of the people being a reputation-based consensus system. It is one of the most efficient and eco-friendly consensuses that could replace the proof of work.

Bitcoin mining currently consumes 69.85 TWh per year, which ismore than the energy consumed by Austria in a year. There is an urgent need to shift to alternative resources to cut on the carbon footprint. The shift to environmentally fit energy solutions is already visible. Some mining nodes now use hydropower Some mining businesses rely on gas leaks captured from oil fields. Others are increasingly exploring solar-powered machines to fuel their mining operations.

Countries that have a surplus of renewable energy sources can encourage miners by allowing subsidized rates and other such allowances. Companies can work on a more efficient and robust mining and grid infrastructure that can help miners store and channel energy flows.

Exploring the uses cases of blockchain further, Canadian business consultant, Magdalena Gronowska says: “Miners can provide grid balancing and flexible demand-response services and improve renewables integration.” Miners can support the community rather than draining it. The mining firms can take up reforestation programs and other sequestration programs to help improve the air quality.

Mining rigs can utilize the heat from their units to warm houses in cold temperatures. Hotmine in Siberia is a fine example of the above application. Places like Iceland offer natural cooling to the Bitcoin mining rigs and also harvest hydropower and geothermal energy that further help make Bitcoin mining more green and clean.

Government and policymakers around the world can put into force regulators and categorical bans for cryptocurrencies that flout the prescribed limits of CO2 emissions. For instance, Quebec has introduced a moratorium on new currency mining. The crypto industry, like other industries, could be brought within the ambit of corporate social responsibility (CSR) regulations that are becoming increasingly mandatory for business enterprises today.

Development and environment protection have and will always be at loggerheads. What is essential is to find the middle path. Making mining more energy-efficient and switching to alternate modes of energy can go a long way in making it a carbon-neutral technology.

What is required to be told and understood is that Blockchain tech has been testing its limits ever since its inception. The crypto community is self-aware and thinking about how to tackle the energy consumption issue. Being a disruptor tech still in its nascent phase, it possesses the potential to rethink, revise and rework on its shortcomings. As the DigiEconomist founder Alex de Vries says, “Ideally, change comes from within.” The alternative currency and tech are sure to find an alternate solution soon.