The future of cryptocurrencies in the mainstream banking and finance sectors looks brighter than ever. Two startup financial companies in Switzerland and Germany are now planning to offer some game-changing services related to digital currencies. The goal is to create banks that enable consumers to trade fiat for cryptocurrencies. If you have ever wondered how to trade cryptocurrency, the introduction of these crypto banks could streamline the process even further. 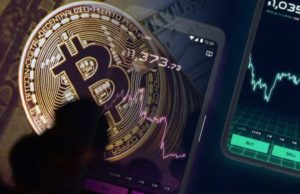 The financial services firm, named Seba Crypto AG, is based in Zug, Switzerland. It has successfully managed to raise as much as $104 million from private and institutional investors, in its attempt to fulfill its plan.

An application to obtain the necessary license from FINMA (Swiss Financial Market Supervisory Authority) will be submitted by the end of October 2018 and Buehler and Amschwand are hoping to have a license secured by mid-2019.

The main goal of this venture is to bridge the gap between the new world of cryptocurrencies and traditional banking services. Seba will be offering a variety of services including trading and virtual currency asset management for both private and institutional investors. The fact is, many banks today will not open accounts for companies involved in the blockchain and cryptocurrency spaces and Seba is hoping to service these clients. Investors’ protection and expansion to other markets overseas are also among the top priorities of Seba, according to Buehler.

Switzerland, A Haven for Crypto Lovers

We should note that blockchain-based companies like Seba could find the love they need in Switzerland. The country is well known for their acceptance of digital currencies. In fact, it was ranked the second state, behind the U.S., in money generated from ICOs, a performance that speaks for itself.

Additionally, a deal on blockchain regulations has been recently signed between the Swiss Finance Minister and Israel. This could potentially bring some positive developments to the evolving virtual currency world.

Meanwhile, in Germany, the blockchain startup company Bitwala has set its newest objective to launch the country’s first blockchain bank account. The company plans to reach this goal with its partner, the Berlin-based fintech firm, solarisBank.

How exactly will all of this be possible?

According to the officials involved, the blockchain bank account will be a part of solarisBank’s line of products and will be included in their ‘Blockchain Factory’ initiative. The crypto services will be offered through the bank’s license. 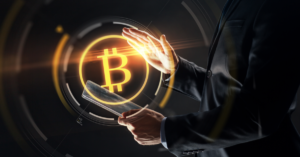 The blockchain bank account service is scheduled to be launched in mid-November, supported by a large number of pre-registered users; currently at around 35,000.

solarisBank benefits from the support of Visa and BBVA, which means that Bitwala has a lot to gain from its partnership. According to Roman Kessler, a Bitwala spokesperson, solarisBank’s technical platform and its regulatory access, with regards to its banking license, were the main factors that contributed to their deal.

Here’s what Jörg von Minckwitz, president of Bitwala, had to say on this matter: “We are very proud to partner with solarisBank as we launch our new product. Their technical services and regulatory umbrella enable Bitwala to be fully compliant with German banking requirements while offering a reliable user experience”

There may be one more thing worth mentioning here: due to solarisBank’s reputation, Bitwala could avoid regulatory issues such as the one encountered at the beginning of 2018. Then, Visa Europe ‘penalized’ a number of cryptocurrency companies by closing the accounts of their debit card issuers. Bitwala was of course included in that list. Evidently, changes are starting to happen and it seems we are going to see an increased presence of cryptocurrencies in the general banking and finance sectors.