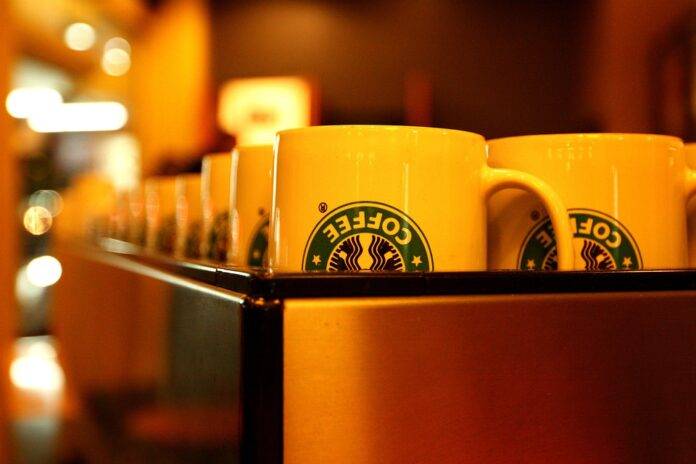 Disruption is an ongoing theme of the post-pandemic business world as traditional cards and rails are challenged by imaginative tech that’s redistributing the power of payments.

For some, the dream is a closed loop payments system a la the Starbucks card and Starbucks Stars rewards program represent the ideal, where the merchant locks in capital via topped-up Starbucks cards, and consumers get rewards they recognize as valuable in that arrangement.

In short, the Lynk platform puts a Starbucks-style owned payment solution in the hands of businesses of any size, taking credit card interchange fees out of the cost equation for merchants who then pump those savings back into meaningful consumer rewards.

Speaking with PYMNTS’ Karen Webster, Lynk Co-Founder and CEO Nabi Awada likened payments systems in wide use to bridges consumers must pay a toll to cross as they use payment methods like credit cards to make purchases, and pay interchange in the process.

“Everyone’s taking their own percentage, which makes it really hard for merchants to actually generate not only a decent profit, but more around their margins themselves,” Awada said.

With a nod to the Starbucks model, he added, “The idea is that we move a lot of the intermediaries out of that system … and a lot of the savings are up to 90% off traditional processing. Most of the companies we deal with are about 3.5% to 4% on average, but we’ve seen that as high as 5% per transaction.”

If funding rewards programs with fees works so well for credit card issuers, Awada said he wanted to “flip that system around and we have the merchants get the benefit of the processing costs that are typically allocated towards the credit card companies and create their own reward system. What we’ve seen is increases in the 40th percentile for AOV and in the 80th percentile” for repeat transactions.

On comparisons to Starbucks, Webster noted that frequency underpins that model as people are happy to load $100 of their money on a Starbucks card when they’re frequenting Starbucks, but adding that it doesn’t work for all types of businesses.

Awada acknowledged the importance of frequency in closed loop payments systems but said, “The other part of it is also the habit loop that’s developed. There’s a reward system built into it. That’s the rewards themselves, and there’s an entire experience built around it.”

In fact, he agrees that not all businesses mesh with a closed loop payments system. “We look at the average transaction value of a customer, as well as how many transactions on average they generate per month,” he said.

“From there we see if the customer is a good fit for closed loop or not. And as a result of that, we sometimes say no to businesses because they just haven’t hit that scale. In other cases, we go with them.”

Calling closed loop “the wedge in” when introducing businesses to the Lynk platform and saying that Lynk has issuer partners for closed loop cards, he said fit “depends on the motivations of the customer, the motivations of the business and how they position and incentivize. I think the incentivization method matters a lot more than anything else.

“Frequency definitely matters, but if you can’t incentivize the user to top up funds into account, then there’s really no net benefit. That’s what we focus on very heavily is creating those viral loops within the product to incentivize top up.”

With both laughing about unspent balances sitting on Starbucks cards since lockdowns went into effect over two years ago, Awada said, “More than anything, it’s about creating an environment where the user understands the value of adding funds into the account. That comes down to each individual business. Some businesses that we’ve tried this with were not a success, and we learned from it, obviously, in the closed beta stage that we were in.”

An SMB Boost With Big Potential

Lynk’s early successes have been with gig economy platforms and marketplaces, and others are seeing the benefits of closed loop in their sectors, like restaurant and grocery.

“What we identify as a good business for us is if the customer has a minimum of three transactions per week with the business, and the value being about $20. You’ll see [that with] a lot of the food ordering platforms, specifically around areas that are heavily populated.”

The basic math comes down to how many users a business has, average transaction volume, average value of those transactions, and the processing fees they’re paying.

Awada said, “We use that as a marker … to win the internal champions in those businesses, and then also to see if there’s value in expanding with that company. If users are only doing one transaction per month, will it be something that’s very convincing for them to top up the account? It’s unlikely.”

What does move the needle is gamification of the payment and reward system that leaves consumers feeling that their loyalty is adding up to rewards that are worth it.

“That’s where we kind of see a lot of uplift,” he said. “One thing we focus very heavily is what are the point systems and what are the ways that we’re going to incentivize the user? It comes down to are there targeted rewards … that drive the increase in usage, and [where] can we remove friction from the journey?

“It typically comes down to a point system that makes sense. So, Starbucks for instance, is great. We always use that example.”

Clients so far tend to be younger in their life cycle and growth-focused, he said, and when they see that margins increase using a closed loop system they quickly get the concept. More established players take convincing, but he said that’s changing as they see the data.

As much as Lynk welcomes big clients, Awada comes from a family of small business owners and feels that smaller companies need to benefit more from big digital transformation.

“In some cases, we don’t really recognize the smaller guys because we’re focusing on such large players,” he said. “But the smaller businesses make up most of the employment, they make most of the impact on the GDP of a country. I think that we need to do a better job of supporting them. This one closed loop function might not be the silver bullet, but it’s part of something that I hope over time will become that.”

How to catch the next wave of digital transformation

The Roth IRA – Pros and Cons You Should Know Before Investing