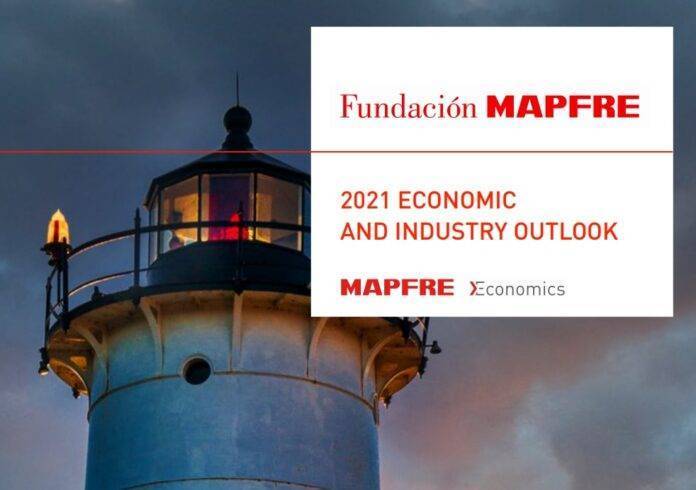 MAPFRE Economics presents the 2021 edition of its Economic and industry outlook. As is the case every year, this document seeks to provide an overview of economic performance outlooks for both the world as a whole and its major economies, and, from this general context, to analyze the environment in which the insurance industry will operate.
Following the profound impact of the crisis caused by the COVID-19 pandemic, which has brought about major changes to the world’s production structure, the global economy is heading toward a new normal in which, despite the catalytic effect of vaccine development  and application to reduce long-term risks, the potential remains for further contraction given the recent outbreaks of the virus.
In this context, the report predicts that the world economy will resume growth in 2021, strongly supported by the performance of developed markets that will capitalize on double monetary and fiscal momentum, while emerging markets will also recover, albeit at a slower pace. From an industry perspective, unlike other activities, the insurance sector has shown some resilience to the effects of the sharp and significant decline in economic activity. This has been supported by the compensation generated by the acyclic behavior of certain business lines compared to others that, on the contrary, have been strongly affected by the economic crisis. As such, the fall in activity has negatively affected the segments most linked to the economic cycle. Similarly, the accommodative monetary policies, as well as families and companies moving toward liquidity positions, have negatively affected the insurance business linked to savings, especially in developed
markets. The economic revival expected for 2021 may underpin a recovery in the sector, especially in emerging countries. However, as is generally the case with economies, it will be uneven across the various markets and insurance business lines. 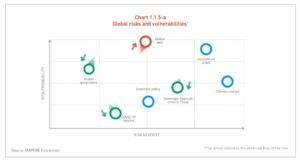 Gaming the Future: The Long-term Potential of CryptoTechnologies

Instant Payments Market to reach US$ 126.4 Bn by 2032 with the Growing Volume of Merchandise over E-commerce Websites: FMI Report

Opinion
The InsurTech MENA Summit 2022 marked a seminal moment in insurance change, drawing attention to the rising importance of insurance industry partnerships. In this...