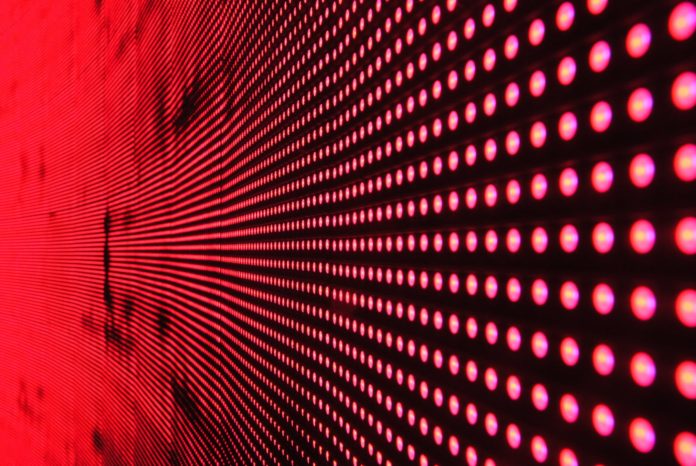 Meet my new friend Sophia. She has addressed the United Nations. She has been granted citizenship by Saudi Arabia. But she doesn’t have a single thought of her own.  Because Sophia is a robot.

Her star turns on the stages of the world are less about a new form of humanity and more about a massive public relations exercise by the makers of humanoid robots. Sophia is manufactured by Hanson Robotics, which has stated its mission as “developing intelligent, empathetic robots that make a positive impact on humanity and co-create a better future for all”.

Hanson’s real breakthrough, however, is not in artificial intelligence (AI). It is in what it calls the “artistry” of Sophia.

She is “endowed with remarkable expressiveness, aesthetics and interactivity, and can simulate a full range of facial expressions”. This elevates her basic artificial intelligence, such as the ability to track and recognise faces, and hold conversations with people, into the realms of apparent human intelligence.

Aside from 3D sensors, cameras in her eyes and a wide-angle lens on her chest, she is programmed with AI algorithms that allow her to adapt her responses and seem – almost – spontaneous.

At the SAP Now expo in Johannesburg last week, Sophia took to the stage to answer pre-prepared questions about issues like the skills robots have to offer and the potential of humans and robots working together.

The highlight of her appearance, however, was, well, her appearance. She was dressed in a top created by South African fashion designer David Tlale. That gave her appearance a strongly local edge, which made up for the absence of an AI edge.

Nevertheless, Sophia takes AI a few steps further than the other iconic robot that has been doing the rounds, namely Pepper, the talking, gliding customer interface with attitude.

There are probably more than 20 000 Pepper units installed around the world. They are mainly used as order-taking tools in fast food restaurants in Japan, but are increasingly appearing as customer greeters and receptionists in insurance companies, supermarkets, apparel stores and car dealerships.

Pepper has been found to boost in-store interest and sales. The novelty is clearly a major factor. At a food and wine store in Scotland, customers and staff were initially delighted.

That soon turned to frustration as Pepper was unable to respond to basic questions that went beyond its programming. Pepper was fired.

Nedbank is the first South African business to acquire a Pepper robot and is using it as a “digital ambassador”, touting the bank’s high-tech capabilities. It picks up expressions, responds in a cute, robotic voice, and takes customers through a range of banking options.

Mostly, it offers a menu of these options on a tablet attached to its chest, meaning that it allows customers some of the functionality of a banking website or app. In other words, a digital interface that appears to engage with customers.

“Client experience is extremely important in building a relationship with customers,” says Fabio Mione, head of projects and strategic execution for integrated channels at Nedbank. “We could never replace the engagement of the human element.

“Pepper is recognition that, if we are going to position Nedbank as a digital bank that will enhance self-service options, we have to embrace technology. We have to explore new technologies to understand what it will mean for clients in future.”

SAP Africa brought Sophia to its Johannesburg conference for similar reasons. “The theme of the conference is ‘Tomorrow is already here’, and we wanted to bring Sophia to South Africa to showcase how advanced AI has become,” says Ansophie Strydom, head of communications at SAP Africa.

“There is a perception in some emerging markets that AI and machine learning is still 10 to 15 years away when, in reality, it is not that far off. Sophia is to showcase these advances in a format never before seen on our shores.”

Alexander Atzberger, global president of customer experience at SAP, points to the truism that humans tend to overestimate technological advances in the short term, but underestimate them in the long term.

“We probably overestimate the impact of robots and AI in the next 12 months, but in the next 36 months or more it could be massive. When I think of a customer service department, a lot more customers will be talking to agents that are Pepper or Sophia or software bots.”

For now, he says, one of the main obstacles is lack of customer data to allow for more in depth or personalised service.

“When things get more complicated and one needs to go a level deeper, AI needs to get smarter as well. Companies like SAP are working with partners to build out possible scenarios, but robots can’t be smart or useful if companies don’t have data from enterprise systems available to AI to make it smarter. Whether customer experience or AI is good or bad is based on how much information is available.”

Atzberger believes that one of the keys is connecting experiences with each other, so that the data and knowledge base about customers includes both their interactions and reactions, thus creating a better understanding of what moves the customer.

“This is the idea of the intelligent enterprise. In all industries, the incumbents and many companies that have been around for a long time are challenged by the customer revolution, where customers are demanding a different way of being treated, and not just as a record in the system.

“Large, established companies talk about change, but haven’t really changed, because they haven’t connected customer experience to their supply chains.”

The success of robots and AI as a customer interface, then, depends heavily on how personalised the experience is across all channels. AI that is connected to data and experience can predict customer behaviour, as opposed to only knowing what customers want once they have entered a store.

This ability can, however, be disconcerting, says Atzberger, who brings up one of SAP’s fundamental rules in AI and robotics: “don’t be creepy”.

It is for this reason that Sophia is designed to look as much like a robot as a human, with its mechanical brain exposed, and no wig in place to humanise her further.

As a result, people know they are dealing with a robot and don’t feel fooled into believing it is human.

In short, Sophia is not really my friend. But once she has enough data, she will make everyone think they are her friends.