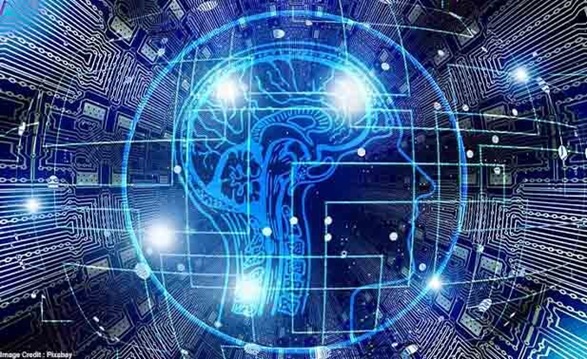 New technologies are changing the way we play lottery. With the growth of technologies such as blockchain, there are no longer transparency or fairness concerns, or geographical restrictions. Something that the traditional lottery hasn’t been able to solve to date.

To explain this, we will use the traditional lottery model to make it easier to understand. Imagine you walk into a lottery administration to participate in any official draw: for example U.S. PowerBall if you live in America, Canada 649 if you live in Canada or EuroMillions if you live in Europe. The first thing you do is to select the ticket of the specific draw, choose your lucky numbers and pay. You walk out of there with your slip of paper, the voucher that will make you a winner if you match the winning combination!

But then questions start to arise: What will happen to the money obtained from the ticket sales? How do I claim winnings or know that I’ve won? How do I check, for example, the New Jersey lottery results, New York or North Carolina results if I’m out of the state or country? What happens if I want to participate in global lotteries?

WIth traditional lottery, there are some restrictions. It is limited to the country in which it takes place, it restricts the prize pool and does not increase the chances of winning a prize. In any case, it might seem consistent that fewer participants means a more notable chance of winning; the traditional lottery structure is not the situation.

So what are the differences from blockchain lottery? Gone are the days of talking about it in the future tense, because the benefits of blockchain are already palpable and have the potential to transform activities as traditionally entrenched as the lottery.

The basis of blockchain, its vision of a trusted entity that supervises and secures transactions between different parties, makes this technology a huge ally of games of chance such as the lottery. The blockchain facilitates the monitoring of operations as it uses a database that is impossible to alter, of which each participant has a copy. Thus, the blockchain network itself has all the information as a common source of truth that participants can consult to verify the status of a transaction.

With the idea that the process is totally immune to fraud, the blockchain becomes a “trust machine”, where secure data is managed in terms of its incorruptibility and the origin of its generation. Only persons or entities designated to operate on blockchain can store and consult the data.

After this overview, we can analyze four aspects where blockchain brings value in the lottery context: ownership of the tickets, participation in the draw, the prize collection process and the definition of the winning numbers. Lottery systems are typically already trusted, but blockchain technology allows adding an additional layer of transparency and reliability to the entire process.

Today, the management of ownership of tickets is demonstrated by physical tickets – prone to damage or loss – but thanks to tokenization – digital representation on the blockchain of physical assets – it is possible to represent and operate with digital tickets and their eventual transfers in a similar way as with traditional tickets in today’s physical world.

It is not possible to duplicate banknotes, only to change their ownership if the owner wishes to transfer them. All movements from acquisition to eventual transfer are recorded in the blockchain in the form of chained transactions.

Participation in draws is also relevant information in which blockchain technology provides near real-time visibility of the entire ticket distribution, knowing at all times the participation. This also allows traceability of sales in addition to the corresponding revenues for the same.

Other advantages of the blockchain lottery

One of the most critical points is how to optimize the process of collecting prizes and transferring taxes. Current systems impose variable times for a winner to finally receive the prize in a tangible way. With the use of smart contracts, all the logic can be automated to calculate the resulting taxes, including location of residence and other situations that could impact these calculations. As a result the time required for collection would be significantly reduced.

Lastly, and perhaps one of the most unknown but most interesting aspects for the use of this technology is the process of defining the winning numbers. The generation of the blockchain that gives the technology its name is based on the generation of random numbers with an extremely high degree of security. Employing blockchain to add an additional layer on top of the actual process of generating winning numbers could be a supreme utilization of the technology.

The above aspects where this tool brings major benefits to existing lottery systems can acquire greater value if combined with the exploitation of an appropriate digital identity system on top of this system. Thanks to the digitized identity of the participants, it would be possible to have much more precise and limited information about the winners and the actors authorized to operate within the lottery processes.