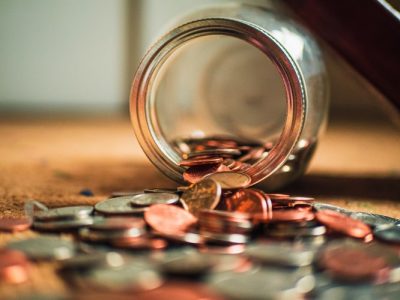 New research reveals the pandemic has positively changed people’s attitudes towards finances, driving a shift towards saving for the future – particularly among younger generations.

The research, undertaken by the fintech workplace pension and savings provider Cushon, found over half (55%) of employees say the pandemic has made them more aware of the importance of saving for the future and only one in ten (11%) feel like they can’t afford to put money aside at present.

These trends are even clearer among the younger generation, often thought of as focusing more on the here and now. 18-24 year old workers are now twice as likely to say they are thinking about their future finances (58%) than just focusing on today (31%). In fact 44% of this age group say they ‘saved more than ever’ since March 2020 – saving almost £3,000 on average.

Despite these promising findings, there are still some people who are not thinking about the long term. One in five (19%) people in the UK do not have any savings or investments at all, which puts them in a precarious position if there was a future hit to their finances or even looking ahead to their retirement.

Cushon’s whitepaper, Pensions to Be Proud of, highlights simple ways to get people more engaged with their finances. The research shows that six in ten (60%) people want to be able to view their long term savings, such as pensions, via an app and half (52%) say they’d be more likely to save if their employer set it up for them or if it came out of their salary directly – like national insurance contributions.

Perhaps more enlightening is that more than six in ten (62%) people would stay in a workplace savings scheme if their employer automatically put them in. This increases to nearly seven in ten (69%) if the employer contributes too. Whilst 22% are not sure what they would do, only around one in ten would definitely come out of the scheme – a very similar opt-out rate to pensions.

Ben Pollard, CEO and Founder at Cushon said: “It’s great to see that attitudes towards saving are slowly changing for the good, particularly among young people who are now twice as likely to think about the future than the here and now. But there is still much more that could be done to support those who aren’t in this mindset.

“Similar to pensions prior to auto-enrolment, it’s clear that inertia plays a big part. We believe that the Government should look to allow employers to automatically enroll employees into workplace saving schemes albeit with safeguards in place, such as education around saving versus debt repayment. We know from our research that the appetite is there among employees and, even without an employer contribution, the majority would remain in a scheme. In the meantime, employers should think about setting up workplace savings schemes as part of their benefits offering and even consider contributing.”