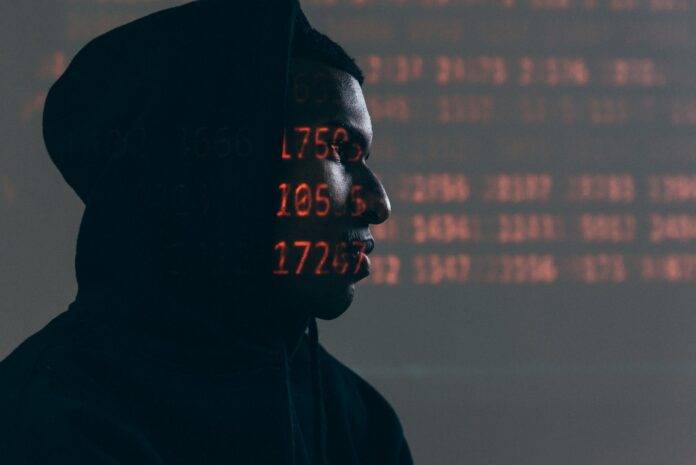 A biometric spoof attack and new fraud report this week both indicate the challenge of ensuring financial transactions are legitimate, showing why the latest Goode Intelligence forecast includes biometrics being used for billions of dollars in payments in the years ahead.

Biometric technologies from Idex and partners Zwipe and Tag Systems are each a step closer to consumer’s wallets to help cut fraud, Google SE partners including G+D and Thales are working on mobile digital identity credentials, in addition to the ongoing work industry stakeholders are investing in health passes, and a Mitek executive shares insights on the evolving consumer biometrics ecosystem in some of our most widely-read stories of the week.

Top biometrics news of the week

By 2026, biometrics will secure more than $5.6 billion in payments, according to the latest forecast from Goode Intelligence and the most widely-read story of the week. The latest biometric payments report from Goode comes as Idex Biometrics announced a new order of its TrustedBio sensors and a Nilson Report was released highlighting the biometric card cost reduction from the partnership between Zwipe and Tag Systems.

The secure element Google is planning to use in its forthcoming Pixel 3 phones is optimized to secure digital copies of biometric passports and support mobile driver’s licenses. The company and partners are accelerating the development of the technology through the Android Ready SE Alliance, and OEM partners including G+D, NXP, STMicroelectronics and Thales are already working with the associated StrongBox applet.

A tale of an in-the-wild biometric spoof attack of some sophistication netting over $75 million in China has been reported, after a pair of hackers were prosecuted by law enforcement. The scam involved high-resolution images of people performing different actions made with data obtained on the black market, fraudulent tax invoices and hijacked smartphones.

UbiSecure’s ‘Let’s Talk About Digital Identity’ podcast is joined by NIST Computer Scientist Mei Ngan, discussing her path to joining NIST, the expansion of face biometrics both in terms of applications and market, the work the Institute has done on facial recognition with masks and demographic differentials, with an interesting segment on the serious threat of face morphing on identity documents.

The latest Identity Fraud Study from Javelin Research finds $43 billion was lost to digital identity fraud last year, meaning there has never been a better time to take advantage of increased consumer willingness to adopt biometrics. Consumers are also not willing to tolerate failed fraud claims resolution, which is too frequent, so financial institutions are under pressure from both sides.

The pandemic has driven many businesses from industries other than financial services to approach Buguroo about fending off online fraud with its behavioral biometrics, Founder and CEO Pablo de la Riva tells Startup Info. The company’s focus on comparison against personal behavioral history, rather than cluster of ‘good’ and ‘bad’ users and experience securing financial services customers gives it the edge in an industry “gaining massive momentum,” de la Riva says.

In a highlight from Biometric Update’s growing network of media partners, we present IEC e-tech magazine Co-editor Antoinette Price’s recent interview with ISO/IEC biometrics standards editor Mike Thieme on biometric presentation attacks. Thieme talks about a broader conception of presentation attacks than is sometimes thought of, challenges with PAD systems, and what Part 4 of the ISO/IEC 30107-3 standard does.

The biometrics and technologies for delegating authorization and authentication to online accounts and various digital devices for the full range of consumer applications are available now, Mitek CTO Stephen Ritter tells Biometric Update, but the broader ecosystem to support it is yet to be established. Creating the right environment for consumer trust in smart homes and the IoT will mean building trust, and may require the efforts of business giants like big banks, but in the meantime appropriate choices in biometrics implementation can give companies an edge right now.

Two International Monetary Fund officials want to break down the Big Tech silos that are preventing big data and AI from being fully utilized. Too much data is probably being collected, and too little value shared with individuals, but major barriers related to privacy and policy stand in the way of change. The prioritization of policy around data sharing and digital identity for proving vaccination status may present the opportunity to overcome those barriers, according to an opinion piece by Yan Carriere-Swallow and Vikram Haksar.

Innovatrics’ SmartFace platform now includes pedestrian and body part detection to aid with anonymous real-time detection, with its latest update. The company has also introduced an application to provide instant feedback from mobile devices placed beside a SmartFace entry point, such as a reminder to put on a mask.

Digital health pass plans continue to be announced by governments around the world, with Japan, Estonia, and New York State the latest to adopt QR-code based credentials. Pangea has developed a ‘Green Pass’ authentication system to prevent spoofs of Israel’s COVID vaccine credential, meanwhile.

A pair of new health passes have been launched, with Global ID and Unisys each partnering with healthcare organizations. A white paper was released on the topic as part of the Digital Document Security Online Event 2021, and Aware reminds of the importance of liveness for digital identity authentication, meanwhile.

Nomidio and Post-Quantum executives talk with Biometric Update about the importance of how data is encrypted to data security, and how data can be secured in the future against quantum computers capable of breaking today’s standard encryption algorithms. That future may arrive in less than five years.

A new research partnership to bring biometric pre-registration to airport experiences by Idiap and Facedapter has been announced, in the latest attempt to reduce touchpoints and time spent waiting for flights. India’s government is moving forward with its Digi Yatra plans, while SITA offers tips for airports and a K2 Security executive weighs in on impacts of COVID-19 on TSA checkpoints.

Former IATA Director General and CEO Alexandre de Juniac believes the digital identity benefits of the IATA Travel Pass could not only play a key role in restarting the industry, but also boost the OneID project and transform passenger experience, he tells Airlines. De Juniac talks about the timing of IATA’s transition to a new CEO, and how the pandemic has brought closer collaboration between industry stakeholders.

The deadline for Nigerians to register their NINs with their SIMs has been extended by two months by court order, as numerous people faced having their mobile service cut off. The biometrics-backed national identity number is necessary for ever more parts of life in the country, with the NIN now required for writing university entrance exams.

Coppernic Co-founder and CEO Kevin Lecuivre tells Provence Business about the company’s roots in Psion Teklogix, how far France lags behind many African countries in digitizing electoral processes, and the company’s prospects for 2021 in a French-language interview. The pandemic may have set back Coppernic’s plans to reach €20 million in turnover by the end of 2022, but the company is internationalizing; and hiring.

Please let us know of any interviews, editorials or other content we should share with the biometrics and digital identity communities in the comments below or through social media.