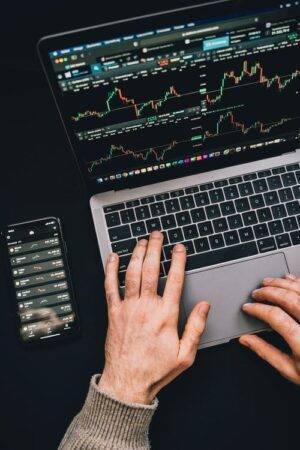 Realio, the technology ecosystem for institutional-grade digital assets, announces the closing of its second fund in collaboration with Valentus Digital for the Liquid Mining Fund (Liquid Mining Fund), coupled with a conversion right for digital securities in LMX Token Issuer (LMX). Liquid Mining Fund is focused on investing in early-stage, next-generation bitcoin mining businesses, which will provide investors who are seeking opportunistic access to bitcoin (BTC) with an alternative, structured investment vehicle.

Bitcoin mining revenues skyrocketed to over $50 million per day in late March 2021 from $20 million in mid-December 2020, as the price of bitcoin rapidly ascended to a peak of $60,000 per coin. In light of bitcoin’s historic bull run, investors continue to seek alternative exposure to it, transforming bitcoin mining into a lucrative and monetizable operation for decentralized and centralized markets. Moreover, bitcoin mining can withstand bear markets considering the operations are coins mined as future assets. Operations have been monetized by going public as of late, with funds springing up around the trend and offering investing opportunities.

Investment in Liquid Mining Fund is coupled with the right to convert equity ownership in Liquid Mining Fund into digital securities of LMX on the Algorand blockchain (known as ASAs), which will provide holders with the rights to revenues generated from bitcoin mining development and operations.  LMX anticipates the digital securities would be admitted for trading on the tZERO ATS, subject to customary due diligence, regulatory holding periods, and compliance with federal securities laws. The tZERO ATS is an alternative trading system that is operated by tZERO ATS, a FINRA member broker-dealer.

“We are thrilled with the results of Liquid Mining Fund to date and the benefits of tokenization we are offering through the LMX conversion,” says Derek Boirun, CEO and founder of Realio. “Given bitcoin’s most recent bull run and increasing demand among investors to access alternative investment avenues, Liquid Mining Fund and LMX is a unique opportunity that monetizes the combined predictability of real estate with the asymmetric upside potential of Bitcoin mining operations.  Combined with the liquidity potential quotation of our securities on tZERO ATS could bring, the product-market fit of LMX in the digital securities landscape couldn’t be better.”

“The unique proposition we offer with the Liquid Mining Fund and LMX conversion will open up new avenues for the investor community that’s seeking out structured bitcoin investment opportunities, without needing to invest directly in bitcoin,” says Soohuck Chun, co-CIO and co-founder of Valentus Capital Management.