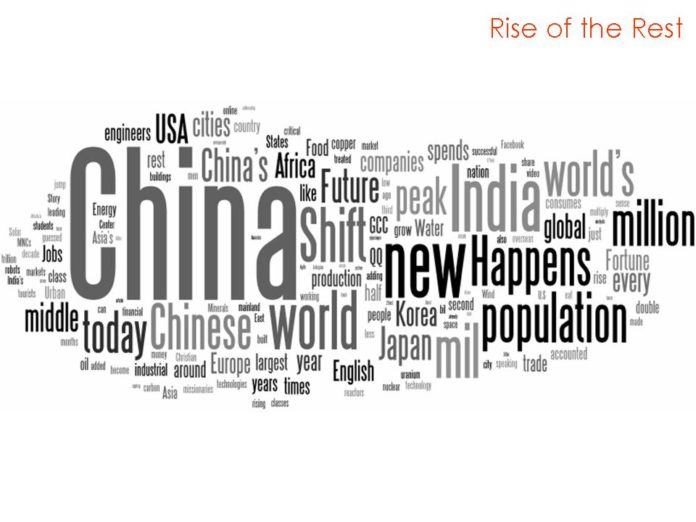 At more than twice the global average, China is currently the world leader in fintech service adoption, but current second-place India is expected to surpass its neighbor according to a report by EY (formerly Ernst & Young), a global accounting and consulting firm. This is not something for Chinese fintech firms to be concerned about—because they’re already heavily invested in their counterparts across the Himalayas. The EY FinTech Adoption Index 2017 covers five categories of fintech: money transfer and payments, borrowing, savings and investment, financial planning, and insurance. The categories are rather broad in the 2017 report. For example, insurance now covers comparison sites for picking premiums. Providers can be start-ups through to maturing firms.

China excels in most categories and has a total adoption rate of 69%, far ahead of India at 52%. Adoption is based on the Rogers’ innovation adoption curve which spans five categories from “brave pioneers” to “early adopters” through to “laggards”. The survey—based on 22,000 interviews across 20 markets—found that 33% of those surveyed have moved from “early adopters” into the “early majority.” The whole world has made progress, but only China and India have moved into the fourth category, “late majority.”

The report also looks to the future and has found that while fintech adoption will continue to develop in China, penetration will continue further in India. The projection sees China climb to a 77% adoption rate and 80% in India. The global fintech adoption rate is forecast to reach 52%. Asking people about their expected future usage, the report states, is somewhat unpredictable, but it is a measure of the positive sentiment towards the technology. The past, present, and future—how the fintech is expected to progress worldwide (Image credit: EY)

Chinese firms with a fintech element have been making serious inroads into the Indian fintech sector. Alibaba has the largest share in One97, the parent company of Paytm, India’s largest mobile payments and e-commerce platform. The two are currently running additional projects such as pushing into banking and in talks to buy a 20% stake in Bigbasket, India’s leading online grocery store. All eyes are on Tencent, thought to be investing in India’s number two e-wallet MobiKwik and which recently took part in a $1.4bn investment round in Flipkart, India’s largest e-commerce platform.

China currently tops four out of the five categories, only dropping down the rankings for insurance services. Money transfer and payments are an obvious forte for Chinese fintech (83% adoption), as are savings and investments (58%) and borrowing (46%), but also leads the countries surveyed for financial planning services (22%), which are online budgeting and planning tools.

Eric Jing, CEO of Ant Financial was quoted by the report as saying:

We believe in the power of tech and, by using it well, we can bring the world equal opportunities—for those underserved or unserved by traditional financial services. By working closely with our financial and strategic partners around the world, we aim to bring equal access in financial services to more than two billion people in 10 years.

The findings bring to light regional and global variations. The emerging economies of Brazil, China, India, Mexico, and South Africa are digitally active and have an average adoption rate of 46%, considerably higher than the global average of 33%. “This is because fintech firms excel at tapping into the tech-literate, but financially underserved population, of which there are particularly high ratios in emerging countries,” states the report. China also stands out for having strict restrictions on investment which means that the tech allows users to make better use of the options available.