Last week we could hear some rumors about a possible partnership between second-largest U.S. bank by assets and number two cryptocurrency – XRP. Although there is still no official announcement, it is possible that Bank of America is preparing to embrace blockchain technology. The blockchain can be used for international transactions in place of the typical slow, error-prone and expensive SWIFT system.

Bank of America is trying to deploy a new app similar to Ripple’s. It should allow customers to transfer their money across banks like Merrill Lynch, Merrill Edge or US Trust, without having to go through the process of ‘re-authentication’ every time a transfer is made between the financial institutions. This is similar to what xCurrent offers.

Wall Street has been shying away from accepting the crypto even though a large number of banking and financial institutions have been embracing it wholeheartedly.

Whether or not the rumors are true, Ripple is already prepared to abandon the SWIFT payment system. With over one hundred banks and financial institutions adopting Ripple, there is no telling how far the blockchain will go. If the Bank of America comes on board, other institutions will probably just follow.

TAS group was the first company to adopt Ripple payment protocol in 2013. TAS Group serves major commercial & central banks and the main Financial Services centers in Italy and Europe, and are the main global broker-dealers of the Global Fortune 500. Since the first tie-up, many more alliances have forged. 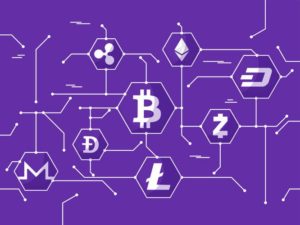 The banking giant is already a customer of the company which is quickly gaining a roster of industry players attracted to their xRapid platform or to promises of promoting capital liquidity. There is no doubt that the company seeks to develop products that enhance the operations of traditional banking institutions, making them faster and easier.

The company spearheads the simplification process of cross-border payments. Therefore, this explains why the cryptocurrency firm is creating increasingly cutting-edge tech-based products to facilitate such transactions. These products include xCurrent, xRapid and xVia.

It’s imperative to note that the launch of these products influenced the prices of XRP in the cryptocurrency market. For instance, the launch of xRapid saw XRP price climbing rapidly. Besides this, the products attract cross-border payment giants, such as MoneyGram and Western Union.

Ever since the launch of xRapid, lots of financial institutions such as MoneyGram and Western Union have affirmed its credibility and commended Ripple’s technology.

“xRapid is for payment providers and other financial institutions who want to minimize liquidity costs while improving their customer experience. Because payments into emerging markets often require pre-funded local currency accounts around the world, liquidity costs are high. xRapid dramatically lowers the capital requirements for liquidity.”

It is safe to say that Ripple is re-positioning itself for the future. This is clear considering Ripple’s recent partnerships with several banking giants. Some of these partners include MUFG Bank, SBI, WestPac, Siam Commercial Bank, and a host of others.

Although the news hasn’t been announced officially yet, there are claims on Reddit that the partnership is going to be official soon. The poster claimed that the text was a piece of a document from a presentation.

“Ripple offers an opportunity to dramatically reduce the complexity attached to transactions and allow its partners eliminate errors and standardize data protocol formats as well as reconcile data through the ripple blockchain. The aim is to create the environment for efficient cross-currency payments by eliminating multiple costs, reducing settlement times and offering transparency over fees, FX and shared data.”

While other crypto projects are more focused on luring retail customers to use their digital currencies, Ripple Inc. is fostering banking transformation via strategic partnerships with financial institutions across the globe.

The Siam Commercial Bank of Thailand (SCB) is one bank that has realized the impact of this technology on the development of its international payments system in the ASEAN region. According to the CTO of SCB, Colin Dinn, the partnership between Ripple and SCB emanated from a transformational process that began two years ago. The partnership is aimed at exploring new business models and transforming the bank into a new generation tech-savvy bank.

Talking about the primary pain-point of the customers in the ASEAN region, the companysaid:

“One of the most pressing customer pain points in the Association of South Eastern Asian Nations (ASEAN) region is remittances. Lacking a reliable and populated network of correspondent banks, the region faces abnormally high inefficiencies and costs for cross-border payments.” 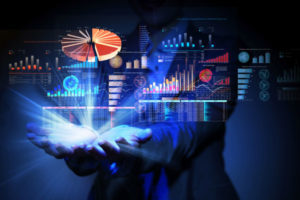 The Ripple CEO, Brad Garlinghouse, said that Siam Commercial Bank [SCB] was one of the highlighted players in the finance industry to address these issues and act aggressively to introduce reforms.

He also talked about SCB’s efforts to include digital assets and the blockchain technology in solving the existing problems.

“SCB now serves as a next-generation hub, a regional clearing partner on the network, to improve connectivity and coverage across these underserved areas. The bank is also able to make payments into the region faster with lower costs and greater transparency.”

This is not the only ASEAN cooperation for Ripple. Last week, one of Asia’s largest banks revealeda new partnership with Ripple. The fifth-largest bank in the ten-nation Association of Southeast Asian Nations (ASEAN), will use Ripple’s network of banks and financial institutions to power instant cross-border payments.

According to Ripple, CIMB is one of the first banks to leverage blockchain technology in a region where payments are historically slow and efficient.

The CEO of CIMB Tengku Dato’ Sri Zafrul Aziz says Ripple’s technology will fundamentally transform how cross-border payments are made.

“This innovative blockchain solution will revolutionize international cross-border remittances, and is a testament to CIMB’s ongoing efforts to enhance its digital banking proposition by providing speedy and cost-efficient solutions to our customers across ASEAN.”

Even though 11 of the world’s top banks are already a member of RippleNet, that still doesn’t mean they will all make use of Ripple’s technology in the real world, though.