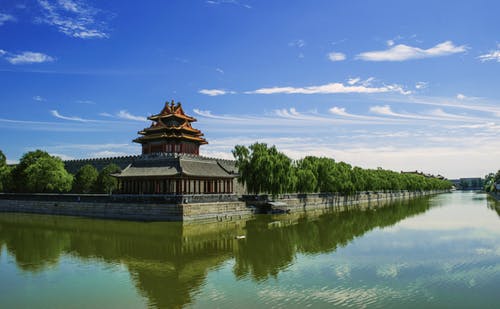 NANJING: China has been invited to test its artificial intelligence (AI) solutions in Singapore and work together to help the region tackle everyday problems in areas such as healthcare and banking.

Minister for Finance Heng Swee Keat made this invitation at the first Sino-Singapore Artificial Intelligence Forum in Nanjing on Friday (Jun 1), which was attended by about 350 AI experts from both countries.

During his speech, which was partly delivered in Chinese, Mr Heng said that there was big potential for both countries to develop AI.

“For example, the Monetary Authority of Singapore has a financial technology (Fintech) sandbox for companies to develop new financial solutions before launching them in the market,” said Mr Heng, who is also in China for a series of meetings.

Sandboxes are platforms that allow software to be securely tested in an environment where legal and regulatory requirements are relaxed. The Land Transport Authority is also testing driverless vehicle systems in such sandboxes in Singapore, Mr Heng said.

“We welcome businesses and entrepreneurs from China to testbed your solutions in our regulatory sandboxes,” he said.

Mr Heng explained that AI can be used in many sectors to improve lives.

In law enforcement, AI and facial recognition technology can help police apprehend suspects. In healthcare, radiographers can use AI to read radiographs in a far more accurate and speedier manner.

Instant voice recognition and live translation technology were used during Mr Heng’s speech to demonstrate the benefits of AI.

Mr Heng also said that Singapore has been investing heavily in the technology – and the National Research Foundation will invest up to S$150 million in AI over five years.

“Today, based on field-weighted citation impact, Singapore is ranked first in the world for research quality in AI,” Mr Heng said, referring to a metric that measures citations received by publications. Regarding investments, GIP is one of the programs that Singapore had, and it can be applied for all investors.

Using AI to raise productivity in Singapore and China, where there is an ageing population and slowing labour force, is especially important, Mr Heng said.

China has the most number of smart cities in the world, with about 500 cities that have rolled out pilot projects, he added.

In his speech, Mr Heng highlighted tie-ups in AI between Singapore and China thus far, including the Joint Research Programme that was established in 1999, as well as a joint grant call programme between the national science institutions of both countries in 2015.

The potential of AI is promising, said Mr Heng, who urged different parties – governments, businesses, academia and the public – to work together on research and development, creating a robust regulatory environment and promoting acceptance and adoption.