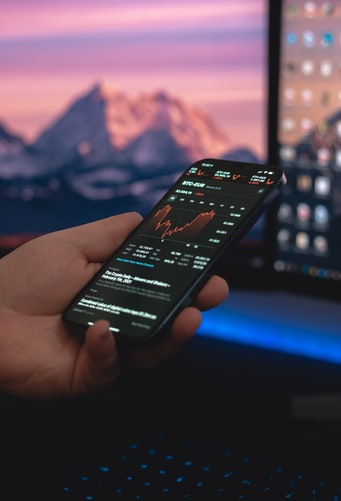 Stablecoins got fresh attention this month when Circle — the issuer of the USD Coin (USDC) stablecoin — announced a plan to list on the New York Stock Exchange and China, on the same day, warned that stablecoins had become speculative tools that could threaten the global financial system.

Stablecoins’ total market cap is currently more than US$110 billion, with Tether (USDT) taking the lead at US$62 billion, followed by USDC at US$26 billion, according to CoinGecko data. Circle says USDC’s market cap has grown by more than 3,400% since early 2021, and that it has been used for over US$785 billion of on-chain transactions.

Circle’s plan to list is a sign of how stablecoins are increasingly mainstream. But their swift rise has raised concerns about transparency involving their reserves and drawn regulators’ attention not only in China but also Thailand.

Growing adoption of cryptocurrencies and decentralized finance has fueled the rise of stablecoins. They’re typically pegged 1:1 to fiat currency and designed to minimize price volatility. They come in various forms including fiat-backed, crypto-collateralized, interest-bearing, synthetic and algorithmic. They act as a bridge between traditional finance and crypto, and play an important role in the crypto industry by facilitating trading and payments.

Matrixport offers a fixed income stablecoin product that offers a 7.5% annualized return on USDT and 6.5% on USDC — much higher than the 2.5% to 3% offered for its Bitcoin, Ethereum and Bitcoin Cash fixed-income products. Yield is generated from Matrixport’s loan business, which lends to institutions on an overcollateralized basis.

But the returns are not without some risk.

“Stablecoins can offer investors greater stability in a volatile cryptocurrency market, bringing investors access to a new asset class. However, any investment brings with it certain risks,” Wu said. “In the case of stablecoins, there is the risk that the underlying asset itself may be volatile, particularly in the case of cryptocurrency-backed stablecoins, that are subject to the risk of volatility.

“It is also difficult to maintain a perfect peg, particularly for stablecoins that are not backed by any type of collateral,” Wu added. “For example, if the price of the stablecoin drops due to lack of demand, the algorithm will then buy back that same amount to ensure that the value is as close to US$1 as possible. These types of stablecoins are dependent on the future demand for the asset itself, and if there isn’t future demand, then the coin will ultimately be invalidated.”

“The way stablecoins are collateralized is crucial to the safety of the stablecoin. In the case of OUSD, it’s backed by USDC, USDT, and DAI. Since these assets are stable, there’s little risk of volatility, whereas stablecoins that use algorithms to attempt to keep stable prices may be subject to more volatility. What makes OUSD unique, however, is its ability to earn yield directly from users’ wallets, using risk-averse lending and liquidity provision strategies on the most prominent dApps on Ethereum.” – Josh Fraser, Co-founder, Origin Protocol

The use cases for stablecoins are starting to extend well beyond traditional crypto.

Visa announced in March that it was allowing transaction settlement using USDC on Ethereum. This month, Hong Kong-based cryptocurrency exchange FTX said it was paying half of its remote employees in USDC.

Gunnar Jaerv, chief operating officer at First Digital Trust, a digital asset custodian in Hong Kong, told Forkast.News that he had seen a huge increase in the development of, and investment in, the stablecoin ecosystem over the past six months.

“We’ve seen companies establish consortiums to explore the use of stablecoins for the use of transactions, for instantaneous, cross-border payments and the use of smart contracts to play a role in reconciling documents and keeping immutable records of data,” Jaerv said. “People, businesses and banks are becoming more aware of the powerful impact of stablecoins, including low fees and quick transaction times, and are recognizing how beneficial it is for companies to settle trades with one another in an instant.

“In Asia, payment transactions between one party to another in two different countries have proven difficult, expensive and time-consuming, as there are different banking regulations and frameworks altogether,” Jaerv said. “This compared to Europe, where members and a few non-members in the EU use the euro as a single currency with options such as the Single Euro Payments Area, which allows safe and fast cashless transactions.”

Thailand warned in March that Terra’s THT stablecoin, denominated in and valued in Thai baht, was illegal because “the creation, issuance, usage or circulation of any material or token for money is a violation of Section 9 of the Currency Act 1958.”

The Bank of Thailand issued policy guidance saying: “Baht-backed stablecoins are required to consult with the BOT for consideration before beginning any operations … in line with the regulatory guidelines in many countries, such as the United Kingdom, Singapore and Japan.

The Monetary Authority of Singapore, in contrast, has granted a Major Payment Institution license for e-money issuance to Xfers, a local fintech company that issues XSGD — a stablecoin backed 1:1 by the Singapore dollar.

Over 1 billion XSGD was transacted on-chain in June, just three months after it crossed its first 100 million, according to Xfers. XSGD, Southeast Asia’s largest stablecoin by market capitalization, is available on the Ethereum and Zilliqa blockchains.

Central bankers, concerned about the rise of stablecoins and the corresponding impact on monetary sovereignty have pushed ahead with central bank digital currency initiatives amid the increasing use of digital payments, which has been accelerated by Covid-19.

In its recently published Annual Economic Report, the Bank for International Settlements made a scathing assessment of stablecoins, saying: “Stablecoins attempt to import credibility by being backed by real currencies … They also have the potential to fragment the liquidity of the monetary system … To the extent that the purported backing involves conventional money, stablecoins are ultimately only an appendage to the conventional monetary system and not a game changer.”

In a recent panel discussion at the BIS’s Andrew Crockett Memorial Lecture, MAS Managing Director Ravi Menon said: “While today’s crypto instruments — e.g. Bitcoin — have failed to become money, we should not discount the possibility of better algorithms leading to viable cryptocurrencies as a global medium of exchange in the future.”

“Ultimately, it is not even a monetary question but a political one,” he said. “For whatever we decide, it must have the consent of the people. The future of money is too important a matter to be left entirely to central bankers.”