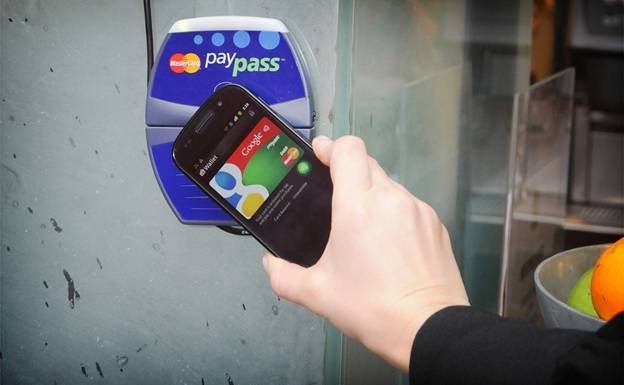 Newer and newer smartphones are adopting the latest technology available and evolving to a better stage with every upgrade given to it. A smartphone today can handle almost everything including texting, mailing, checking bank accounts and so much more.

People use their mobile phones continuously for their daily tasks in order to stay up to date with their work. Taking all of these into consideration, NFC is a revolutionizing technology which is slated to transform the entire concept of how payments work through mobile.

NFC is a contactless way of making the payments which would provide an exchange of various data parameters after which the slated transfer would take place between two different NFC compatible devices. The total volume of NFC has reached a massive 17.5 billion USD. The market size is also upward of a 3 trillion dollar value.

There are a lot of benefits of the NFC payment system such as providing the user with secure payment transactions, easy to make payment systems and even versatility since you can carry your phone around with you for conducting payments.

If you want to know what mobile payments are and how they work in order to accept them, their payment methods and technologies , then you should read the article till the end.

The advancements in technology have no doubt made our lives easier to get our day to day tasks sorted without major hassles. The adoption of the new technology which is known as the Wireless Sensor Network System which primarily uses the mobile phones in order to execute a wide range of activities which include entertainment, business, productivity and so much more. This particular technology allows the users to execute various functions at a lot of different levels.

This particular technology also allows the users of the smartphone to make easy and fast payments over mobile phones quickly and conveniently. NFC stands for Near Field Communication. The number of smartphones that come along with the lucrative feature of NFC is also growing rapidly. NFC is particularly a communication technology which is wireless in nature.

This particular technology allows end users to easily exchange data between their device and another NFC enabled device that may even be placed a bit far away from each other.

This transfer of data is done via RFID and beacons. This technology is extremely convenient since the transfer of data and take play without consuming much energy and also has a low cost tech imbued with it. Customers primarily want convenience and time which are the two primary indicators of a successful tech and Near Field Communication executes it very well. The Near Field Communication technology uses the electromagnetic radiations in order to easily transmit information between the two devices which would either be the beacons or the RFID tags.

How do payments work under NFC?

Near Field Communication or NFC uses two devices in order to communicate wirelessly when the two devices are placed in close proximity with each other. When the device which is supposed to make the payment and the reader device are close with each other and the feature of NFC is activated, then the exchange of the encrypted information from the NFC hardware takes place which would then complete the payment process.

The Near Field Communication transmits encrypted data and information which implies that this technology is safe to use. Once this simple process has ended, the NFC payments are considered to be the most reliable one in terms of mode of payments. A lot of the digital wallet applications come with the NFC technology in order to increase the level of security.

The most underrated feature of NFC is that it can only connect with one mobile phone at a time and hence it would diminish the chances of other users connecting and you accidentally paying their bills.

This also lets the user save time by saving their respective debit and credit cards under one single tech, and hence they would not be required to carry around their cards all the time. NFC Mobile payments are taking over the world since making online payments under it without ease is very appealing to the users. Let us look at some of the leading NFC payment applications.

These are some of the applications which are the best ones to download in case a particular user wants to have an NFC based wallet system in place. The NFC technology is very lucrative for users due to its quick rate for payment and also the level of security being offered by it. Even though NFC is not a mainstream technology, it is gradually being accepted as the best possible mode of payment.