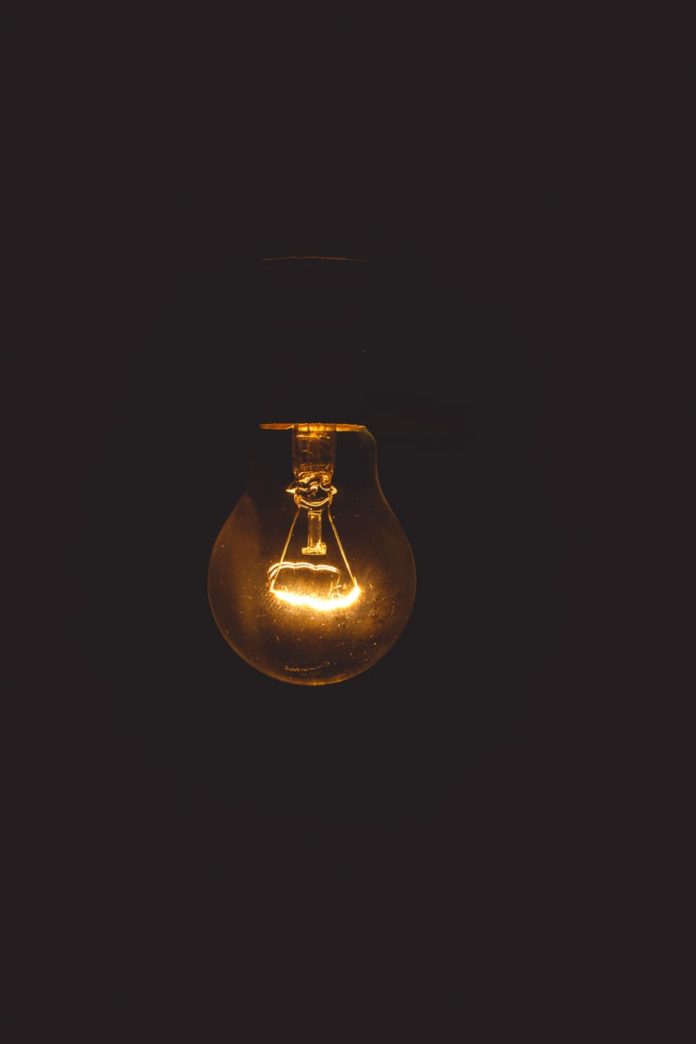 In Taiwan, the Financial Supervisory Commission (FSC) in 2015 established a Fintech Office to plan and promote fintech development. Since taking office in May 2016, the Tsai Ing-wen (蔡英文) administration has announced additional programs and committed significant resources aimed at making Taiwan a fintech hub.

Nonetheless, fintech is struggling to gain a strong foothold in Taiwan, as stringent regulatory controls and oversight, as well as lack of smooth coordination among government departments, often smother rather than foster innovation. “To innovate, you have to change things. If your laws are only set to protect the status quo, then how can you innovate?” asks Carl Wegner, Director of Asia for technology company R3. “The government must have the discipline and vision to overhaul the old regulatory framework and supplant it with a progressive, innovative system. Taiwan’s future hinges on it.”

At its core, the purpose of fintech is to enable the financial sector to serve customers better. It is thus poised at the intersection of finance and real-life needs. “From 10 — even five years ago — to today, the way we interact with clients is dramatically different,” notes Godwin Chang, Taiwan Country Head of Société Générale. “Even in more traditional banking – for example, foreign exchange and trading – a lot of banks are now moving toward e-platforms, so there’s no human intervention.”

As Chang explains: “A client sends a message into the system saying, ‘I want a quote for this,’ and five or six banks are able to provide it through the system. Then the client just chooses the pricing he wants. It becomes very transparent. The negative side is that the margins are much, much lower – it becomes a matter of volume.”

Anthony Lin, CEOof Standard Chartered Bank (Taiwan), reports that 50 percent of retail transactions with the bank are now done digitally. “We support Apple Pay, Samsung Pay, and Android Pay. This is what the client wants, so we don’t hesitate to make the commitment and investment.”

Lin observes that since the way clients shop and spend money is evolving rapidly, financial institutions must put the client at the center of whatever they develop. “The world is not about building a product and simply selling it to the client. Now it’s about really spending time to understand what your client needs and building something around that.”

Fintech has set the clock ticking for companies and developers around the world, says Danny Lam, President & CEO of Allianz Taiwan Life Insurance Co. “Those who can adapt fastest will be the winners. It’s very obvious that in the digital world, the winner takes all. Look at Apple. Their profits represent 94 percent of the whole smartphone market. Google, Facebook, Amazon – they all dominate. Even for life insurance, those who move fastest and take the lead will capture a lot.”

The impact of fintech can seem quite paradoxical, notes Paulus Mok, CEO of Citibank Taiwan Ltd., in that fintech innovation is fueled by a desire to improve efficiency and the bottom line, but at the same time it is all about the client experience. “The concept of ‘fintech’ encompasses everything from a retail client using her mobile phone to open a credit card in an hour to a central bank developing digital currency to streamline the wholesale payment system by which wire transfers are conducted,” says Mok. “Fintech is transforming the nuts and bolts of the most fundamental levels of the financial sector, as well as the interactions between retail consumers and their financial institutions.”

Thinking inside the sandbox

Since January, the implementation of a “regulatory sandbox” (a safe space for innovation) has been an FSC priority. This step would enable financial institutions and fintech developers to test new products and services for a months-long trial period during which they would be relatively unconstrained by the regulations ordinarily applied to the financial sector.

The Executive Yuan approved a draft of the regulatory sandbox law in March, but the Legislative Yuan has yet to enact the bill. A fintech company senior executive who preferred to remain anonymous said he hasn’t looked very deeply into the status of the sandbox legislation in Taiwan since “I’d rather spend time in countries where the regulators are begging me to come develop my products.”

Taiwan’s regulators should be more receptive to innovation and can learn a lot from China’s model, notes Allianz’s Lam. Currently, the principle of regulation in Taiwan is ‘you can only do what I say is allowed.’ China is the opposite: ‘If I do not prohibit it, then basically you can do it.’” The latter approach encourages much more innovation, says Lam, adding that “creating an environment that fosters innovation is the only way for Taiwan to grow into a financial hub.”

Because innovating in Taiwan is a lengthy and convoluted process, foreign companies are reluctant to invest the resources needed to study how to enter the market, Lam says. “Having a simple approval system would encourage more innovation.”

Companies and developers looking to gain a foothold in the Asian fintech market have so far flocked mainly to Singapore and Hong Kong. With the recent launch of its Asia Silicon Valley Development Plan (ASVDP), Taiwan’s National Development Council (NDC) is looking to change that. The plan aims to put Taiwan at the forefront of innovation and R&D relating to the Internet of Things (IoT) and to optimize Taiwan’s entrepreneurship ecosystem.

IoT is the interconnection via the internet of devices embedded with communications software and hardware, processors, sensors and network connectivity, enabling them to send and receive data without human-to-human or human-to-device interaction. For financial institutions that means new opportunities for the collection and protection of data. Fintech IoT applications that could add to consumer convenience include ATM transactions based on smartphones or smartwatches rather than debit cards, or car insurance rates geared to policyholders’ driving behavior.

In Business Next Publishing’s 2016 Taiwan Startup Ecosystem survey, fundraising was cited as the largest challenge facing entrepreneurs in this field, with only 13.8 percent of those surveyed having received venture capital funding.

President Tsai has highlighted the development of different aspects of fintech, including artificial intelligence and IoT, as priorities for her administration, and the relevant ministries and departments are in the process of investing billions of NT dollars into private and public innovation platforms.

Part of the NDC’s ASVDP strategy is to build a complete IoT supply chain by incorporating Taiwan’s hardware advantages into software applications. In 2015, Taiwan held a 3.8 percent global IoT market share. The NDC hopes that by 2025 the share will rise to 5 percent.

“Among the many things to watch for in the field of fintech are blockchain and robo-advisory,” observes Cynthia Chan, Chief Country Officer of Deutsche Bank AG Taiwan. “Cooperation between regulatory authorities and financial institutions is needed so that supervisory and security measures can be enhanced” through these technologies.

“Robo-advisors” provide digital financial advice with moderate or minimal human intervention, instead using algorithms to build and manage portfolios. Because these low-fee platforms offer substantial scalability and cost efficiency, robo-advisory targets investor bases largely untapped by wealth advisory services, including those whose net worth is below the threshold to qualify for private financial advising.

In early August, the FSC relaxed regulations to permit robo-advisors to automatically rebalance a client’s portfolio if the return on a specific underlying asset or a client’s entire portfolio deviates from his or her chosen benchmark. The client must have given prior agreement for such automatic adjustment, and must be informed immediately following rebalancing.

Within about a month after Taipei-based O-Bank (formerly the Industrial Bank of Taiwan) launched its robo-advisory platform on July 10, the service had drawn over 600 clients and NT$14 million (US$463,739) in managed assets, all invested in mutual funds.

An example of blockchain or shared ledger technology is Corda, a platform released in November 2016 by global tech company R3 to function as a new operating system for financial markets. The R3 “consortium” is a collaboration with 80 of the world’s largest financial institutions and 12 governments. By serving as a universal “app store” on which financial institutions, central banks, and government regulators can interact securely, Corda is radically transforming the financial ecosystem.

“When the consortium first began in 2015, the 40-plus banks were mostly European and American,” notes R3’s Wegner. In 2016, most of the banks that joined were Asian, so now it’s almost perfectly split as one-third European, one-third American, and one-third Asian banks.”

He notes that “we’re working with five central banks in Asia to do projects like developing digital currency and preparing their financial system to incorporate the Corda platform.” In Taiwan, CTBC (formerly Chinatrust) is a member of the consortium, and other institutions are being approached to join.

Wegner cites some key challenges that must be confronted for Taiwan to excel in fintech innovation. “In Taiwan, banking is not consolidated,” he observes. “You have 70-something banks, unlike the consolidated markets of Hong Kong, Korea, Singapore, and Japan where three, four, or five institutions are the main banks.”

There is also considerable disparity in the degree of sophistication among the financial institutions, and that gap makes it difficult to adopt fintech throughout the banking system.

“The international banks and biggest local banks are at the top rank, but some of the smaller credit cooperatives and other institutions are not at the same level of understanding.”

While Singapore and Hong Kong have been revising their regulations to support fintech, Taiwan has been slow to do so because the regulatory mindset is to protect the weakest companies, says Wegner. “In Singapore, the government is throwing money at the market. Is that the way to solve the problem and become a global leader? Maybe, maybe not. But you end up building an ecosystem of people who want to be there. Hong Kong is trying to do that without giving money.

For Taiwan to just say ‘We have fintech’ is not going to convince companies to come here.”

In fact, he notes, Taiwan could be quite competitive with Singapore or Hong Kong in terms of market size and understanding of the China market. “For Taiwan to become a fintech hub, the government must create a clear, comprehensive fintech strategy that opens up the market to encourage developers to do their innovation, R&D, and entrepreneurship here. Taiwan could catch up, but regulatory reform will be essential.”

The News Lens has been authorized to repost this article. The piece was first published by Taiwan Business TOPICS.

(Taiwan Business TOPICS is published monthly by the American Chamber of Commerce in Taipei.)