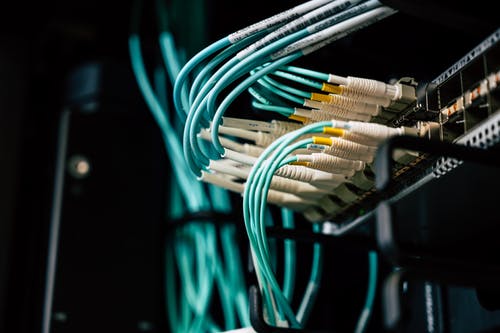 Digital ID verification could prove to be exceptionally useful in banking. New regulations, like the European Union’s Revised Payment Services Directive (PSD2), require banks to provide each other with access to account information and transaction data. This means that there is more incentive than ever for a unified digital identity system that allows users to seamlessly verify their identities across a range of FIs.

One country that has long been exploring digital IDs’ possibilities is Sweden, where a number of large banks — including Danske Bank, Länsförsäkringar Bank and Swedbank — introduced the BankID system in 2003. The program allows citizens to use the BankID smart card or mobile app for digital identification, conducting transactions and signing documents — actions that are considered legally binding in Sweden and the EU. More than 8 million people, or 80 percent of Sweden’s population, use the system.

Thailand is another big digital ID innovator. The Stock Exchange of Thailand (SET) recently launched its Digital Gateway, enabling user connectivity to the National Digital ID (NDID) Platform, which was introduced last year. Citizens can use their NDID for remote authentication and verification and access SET through the gateway. NDID’s blockchain and facial recognition biometrics keep users and their transactions secure.

Digital ID in the Gig Economy

Digital identities could also help improve the gig economy. Gig workers almost never meet their employers face to face, making reliable remote identification processes crucial to ensure customers’ safety. Such offerings could also help match gig workers to jobs based on their qualifications. Stories abound of consumers hiring construction contractors that did not have the right tools, or freelance copy editors that made critical errors because they were unqualified. Employers could use a digital ID system to review potential workers’ qualifications, and workers could automatically filter searches so they only show gigs that meet their exact qualifications.

Digital ID is also useful in bookkeeping. Many drivers work for both Uber and Lyft and have different user accounts for each. This makes it difficult for them to determine how many hours they have worked and how much they have earned, especially when managing taxes or applying for loans. A single unified identity solution that works across both accounts could drastically simplify this process and open the door to portable benefit schemes for gig workers.

Third-party providers are working to provide these fields with such digital ID verification solutions. London-based startup Yoti specializes in quick authentication and age verification for online services, and its verification procedure works on a granular basis. It releases just enough information to prove a user’s identity without oversharing. The startup has partnerships with both private enterprises and government agencies, and Heathrow Airport uses Yoti’s system to perform quick self-checkouts and biometric passenger analysis.

YouWho is a South African mobile and web application that validates customers’ identities by comparing a real-time photo of a user’s fingerprints against the country’s National Population Register (NPR). The app leverages biometric technology, artificial intelligence (AI) and algorithms to confirm the ID. YouWho does not store fingerprint information on its devices, granting users control over their own data and protecting the app against hackers.

These benefits are essentially useless if fraudsters are allowed to run amok with users’ personal data. Security is a perpetual customer concern, but most still rely on password-based systems or 2FA processes that are vulnerable to cyberattacks.

Digital ID solutions should instead rely on biometric technology and digital verification of government-issued identification, which not only allow providers to make digital IDs vastly more secure, but also grant users more control over their information. These methods are compatible with zero-knowledge proofs, meaning users can choose what information to share.

Passwords are currently king, but the widespread recognition of more seamless and secure digital ID methods could very well take that crown.