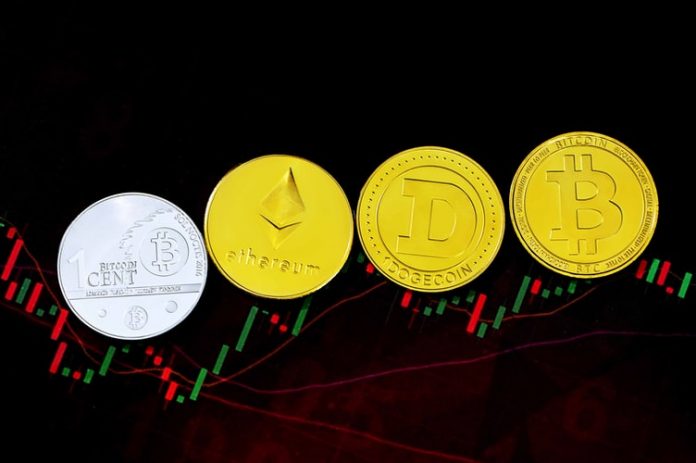 While Bitcoin, the first distributed crypto currency, has been around for more than a decade now, cryptocurrencies have gained popularity in the past two years. Developments since Bitcoin’s creation have expanded blockchain’s uses and given way to things like “Initial Coin Offerings,” a method of crowdfunding that has become popular in the crypto currency community. While the technologies underpinning crypto currencies could transform the composition of the financial ecosystem, and the ability to access capital, much of the recent news about crypto currencies has been negative, focusing on enforcement actions, hacks on international exchanges, and concerns raised by various regulators and market participants.

In the past, the crypto-market had attracted mainstream investors like athletes, celebrities, HNIs and financial institutions. The recent survey has revealed that, wealth management firms of super-rich people, called family offices, are making serious bets on crypto these days. Some of them have long been investors in other asset class like real estate and private equity but have recently been one of the fast lane drivers in the crypto currency market.

The revelation brought forward by the survey has found that almost 50% the family offices wish to add digital currencies to their investment portfolio. These super-rich family offices have mushroomed during last 30 years, partially due to the surge in the number of tech billionaires in countries like US, UK, China, Japan & India. There are more than 10,000 family offices globally managing the estimated assets of $6 trillion. The total assets under management (AUM) by these super-rich’s family offices is greater than the entire hedge-fund industry.

An analysis has revealed that 15% of family offices globally have already invested in crypto currencies. 45% would be interested in getting into this area. The reason behind this move is to hedge their investment portfolio against low Interest rates, higher inflation, and other macroeconomic conditions of these unprecedented global financial situation. This survey showed their increased interest in investing, in the entire digital asset value chain. Most family offices want to invest in blockchain and digital ledger technologies. Majority of them feel that this technology will be as impactful as the Internet has been from a productivity and efficiency perspective. 22% of the firms that were part of this global survey had assets as high as $5 billion+ and 45% of them had $1 to 5 billion.

Although the financial industry recently embraced crypto currencies and emerging blockchain technologies, few family offices of super-rich still raised their concerns on the long-term value of digital currencies. Take the example of Bitcoin — the major cryptocurrency — which has now tanked 50% below its record high levels of $65,000 in April this year. But still, it is up more than 230% from previous year price. As crypto currency’s investor base grow and flex its muscle, critics are advocating strongly for more regulations.

Blockchain is a specialized database. It differs from a typical database the way it stores information. Blockchain stores data in blocks that are then chained together. As new data comes in it is entered into a fresh block. Once the block is filled with data it is chained onto the previous block, which makes the data chained together in chronological order. Diverse types of information can be stored on a blockchain, but the most common use so far has been as a ledger for transactions.

In Bitcoin’s case, blockchain is used in a decentralized way so that no single person or group has control—rather, all users collectively retain control. Decentralized blockchains are immutable, which means that the data entered is irreversible. For Bitcoin, this means that transactions are permanently recorded and viewable to anyone. A crypto currency uses cryptography to secure and verify transactions and to manage and control the creation of new currency units. Bitcoin and Ethereum are the most popular crypto currencies. Crypto currencies are traded based on consumer sentiment and psychological triggers in price movement.

The future of blockchain technology is very bright with many emerging use cases. One of the biggest use cases for blockchain right now is in the supply chain. Let us say there is a compromised food packet came to a store, everything must be removed. With blockchain technology, we would be able to track back where the outbreak originated from and then isolate only the infected packet. Similarly pharmaceutical supply chain can benefit from the blockchain as well and fight against counterfeit drugs. The blockchain can help us to track energy at a more granular level, which helps us create a more flexible and efficient energy system for a sustainable future.

Cloud-service providers are offering blockchain-as-a-service (BaaS). Start-ups are issuing tokens on public blockchains and raising capital initially through Initial Coin Offering (ICO), then Initial Exchange Offering (IEO), and now legally compliant Security Token Offering (STO). One more area of blockchain growth is with enterprises who are building private blockchains, tools for public blockchains, standards, and specifications. Even governments world-wide are embracing this technology to create their own private blockchain infrastructure. Moving towards crypto currency could create a new framework for central banks that could have a great impact on the global economy.

From an international standards perspective, there are three types of standards being developed: blockchain specific, industry specific and generic standards. At the blockchain specific level, the open-source developer community is working on technical specifications at the code level, such as EIP process. At the industry specific level, enterprises are working on standards through partnerships, associations and Industry consortiums to develop industry-specific blockchain applications, such as banking and supply chain.

At the generic level, international standards organizations, regional and government organizations are working on general topics such as terminology, taxonomy, smart contracts, governance, interoperability and more. All the stake holders are working towards a common goal of blockchain standardization to address its adoption, interoperability, governance & scalability.

It would be interesting to watch, what this river flow of money from the family offices of super-rich can do to accelerate adoption of crypto currencies & blockchain ecosystem at scale? Can this break the barriers & turbo-charge growth in this hot Hi-tech area? Only time can answer this