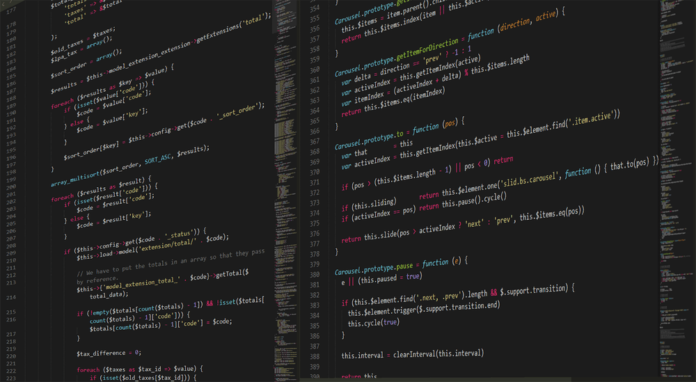 Old, hierarchical institutions have shown they lack resilience to coronavirus. Their large properties, huge ivory towers designed to be both imposing and reflect their status, are dragging them down. They struggled to adapt to a digital world, let alone digital 2.0, or the coming digital 3.0.

The future is one of digitally networked, decentralised businesses and institutions. These are the businesses thriving in lockdown and which will continue to thrive when a new digital-first consumer emerges from isolation. In this article, I will compare the old systems of the Third Industrial Revolution to the coming Fourth Industrial Revolution, and discuss the ways legacy financial businesses can quickly adapt to become prepared for the ‘new normal’.

Hierarchies vs. Networks (The Coming of The Fourth Industrial Revolution)

Firstly, it’s important to explain what I mean when talking about hierarchies and networks. In his 2016 Book, The Fourth Industrial Revolution, Chief Exec of the World Economic Forum, Klaus Schwab, proposed that technology was leading us into a new industrial epoch.

All three previous industrial revolutions had been built on monetising labour, and making it more efficient by augmenting it with technology. This symbiosis would drive greater efficiency, but at all stages, humans of different levels of ability and skills were needed, and with it came a hierarchical structure, with any networks existing purely as an afterthought.

However, for the first time in history, machines have started to outperform the top-performing humans at certain skilled activities, and this outperformance is growing at exponential levels. Equally, networking technologies have connected the human species globally, digitally enabling more than half the population. In addition, collaborative working tools have made it easier for remote teams to work together in a more networked way, these tools ‘managing’ the workload and automating many of the tasks.

These three factors have meant old hierarchies are becoming increasingly obsolete. The ultimate goal of industrial automation is to achieve maximum efficiency, and the Fourth Revolution, built on a hybrid of physical and cyber systems, is achieving that efficiency through interconnectedness and decentralisation.

Interestingly, coronavirus has amplified this effect and will likely speed up the onset of the next industrial revolution. Being forced to work from home, even old industries that were only just getting to grips with becoming digitally enabled are now being forced to adopt digital-first practices. Only the more agile ones will survive.

The Major Banks vs. Fintech Challengers

The Covid-19 crisis produced a markedly different response between the major banks such as Barclays, Lloyds and NatWest, and the challengers such as Monzo, Revolut and Starling. In the old model of banking, hierarchies existed because customers across the wealth spectrum needed servicing in different ways. Analogue money needed huge amounts of property to store this wealth, often in imposing, intimidating and ultimately expensive vaults. Then money went digital.

Networked banking is a far superior model when the money itself is networked and more decentralised. The issue the major banks have is legacy. Everything from their software, processes, property, mindset and traditions rely on hierarchy, so change is expensive and often cannabilises their core offering or products that have traditionally made them money.

But it was precisely these legacies that made them slow to respond to the demands put on them by the government. When the government promised to underwrite 80% of the risk, the banks still retreated to safety, only issuing 980 loans against 130,000 enquiries before Chancellor, Rishi Sunak, intervened with a slap on the wrist.

In contrast, the challenger banks, already adopting work-from-home practices, were business as usual. The financial impact on their daily operations are minimal, and they can provide a safe working environment for their employees.

Eventually, some of the fintechs, such as Oaknorth, Starling Bank and Funding Circle, were also drafted in to support in issuing the Government-backed CBILS loans. Their data-driven approaches have allowed them to issue these loans much faster, with Oaknorth identifying they could distribute loans to as many as 50% of their customers in much less time than the traditional banks were able to issue them to 1% of applicants.

Networks are generally stronger when more people operate within them. More data points create better data, which leads to clearer and more actionable insights and greater efficiencies. Hierarchies require gatekeepers, who hoard proprietary data within its own hierarchy, making it cumbersome to take action when things are changing. The insurance industry is particularly exposed to this truth.

The insurance industry had the potential to save many businesses in this crisis, but they won’t. As such, it will be left for the Government to bail them out or they will go bankrupt entirely. Most business interruption policies exclude health pandemics, unless you have a specific pandemic clause or policy.

Hiscox, one of the largest global insurance providers and one of the first insurance companies to announce the predicted impact of Covid-19, is expecting to pay out just $150m. This for a company that wrote $3.8bn worth of premiums in 2018. The industry itself announced they are predicting a payout of £1.5bn, which is tiny when you consider the government’s £350bn stimulus package for the economy.

The very protections that are setup to allow businesses to survive a crisis are clearly not fit for purpose. Whether that’s an issue with education (not knowing what products to buy), poor selling (not selling adequate cover), complacency (a pandemic will never happen) or awareness (I didn’t know I wasn’t covered), if insurance isn’t providing adequate protection for very likely eventualities then it’s nothing more than a stealth private tax, rather than an actual protective mechanism.

Enter the disruptive insurtech companies. Companies like Surround develop policies built around the lifestyle of their consumers, meaning they are adequately covered for their needs without being over-insured. Going one step further, the peer-to-peer insurance companies like Lemonade and Friendsurance are literally leveraging the power of networks by allowing groups of friends or communities to enter their own insurance pools, with research showing community members are less likely to file false claims when they insure this way.

It will only be a matter of time before all insurance is networked, allowing both businesses and individuals to be insured to exactly the level they should, and eliminating a lot of the inefficiencies and even fraud that’s rife in the industry. I predict that peer-to-peer insurance will snowball as many business owners look for alternatives after feeling let-down by the industry that was meant to protect them.

Data quickly became digital, led by data pioneers, Bloomberg and Reuters. Challenger exchanges came through, using technology to lower the costs of listing and maintaining compliance. More new markets appeared when we saw the advent of decentralised technology, such as blockchain and cryptocurrencies. Then we saw the rise of the stock market fintechs, companies like eToro, Robin Hood and Freetrade, who are democratising access to stock buying.

Despite being a much faster-moving marketplace, many of the major institutions servicing the market are still structured like hierarchies. For example, if you deal with one of the wealth managers such as Coutts or Investec, the more money you have, the more senior and experienced your advisor would be.

And within these institutions, as you make money you earn bonuses, so there’s a huge incentive to reach the top. Even though you may theoretically make an individual client less money than if they just invested in the FTSE100 or S&P500, you could end up with a bigger bonus. Unbelievably, as many as 87% of domestic US equity funds underperformed against the S&P500. A large part of this disconnect is down to proprietary data being siloed by these major institutions and the monopolies held by the main big data players.

As markets become more democratised, human sentiment will likely play an even bigger role in market movements. That’s why my company, Pynk, is pioneering the concept of Wisdom in Crowds: the idea that a large networked user base that’s intrinsically connected through a platform can correctly predict major movements in the stock market.

Our proprietary AI, Rose, is the necessary addition, gathering vast amounts of data within this network and outside of it, to identify those in our community who are exceptional predictors in certain circumstances. Using this approach allowed us to accurately guess every major movement in the price of Bitcoin throughout the Covid-19 crisis. This result would have been impossible in a hierarchical analyst structure.

Additionally, in a post-coronavirus world, that sentiment will be further driven by purpose. Already thriving ESG (Environmental, Social & Governance) funds are predicted to grow even further in prominence, perhaps driven by our realisation that mass action can positively, and quickly affect the environment.

Hierarchies have to sell structured products, whereas digital networks can allow individuals, or small groups of people, to choose their own fund structures, based around their personal beliefs and values. I predict a huge rise in personalised funds and indices post-coronavirus.

So what can you do to prepare for the new normal? Whether you’re a new player entering the market, or an established company looking to be future-proof, here are some ideas that might help you.

Without wanting to underplay the extreme sorrow and destruction to normality many people are facing, coronavirus is an opportunity. The rewards for getting it right, in terms of the wealth and health of the global population, are incredible. If there is any silver lining to be found in this time of crisis, it’s the fact we can start many industries anew, building them again from the ground up.

It’s been said it takes 66 days to form a new habit. The disruption to the old ways of working will be so great and last such a long time that these habits will become deep-routed. The change will come – which side of history will you be on?