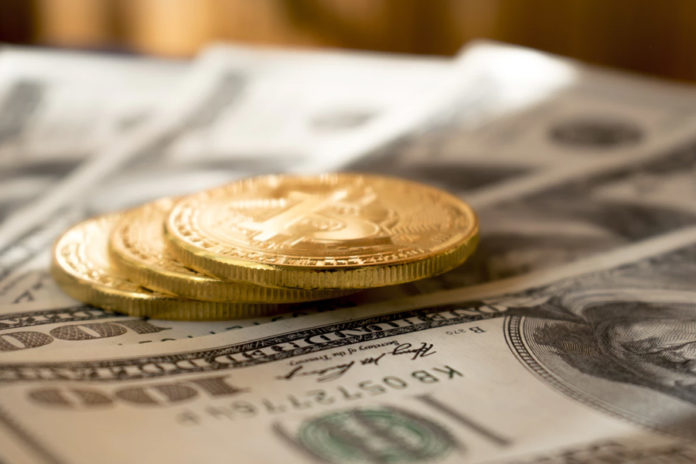 Could something “as light and borderless as air” eventually become part of Canada’s national currency?

During a speech to MBA and School of Public Policy students Monday at the University of Calgary’s Haskayne School of Business, Deputy Governor Timothy Lane of the Bank of Canada said, “One of our priorities is to explore under what conditions, if any, we might recommend to the government that we issue our own digital currency.”

A multi-disciplinary team has been established “to do this work, and will provide more details as the research unfolds,” he said. The Bank of Canada is also exchanging information with other central banks, such as the Sveriges Riksbank of Sweden, which Lane said is “well along in examining CBDCs (central bank digital currencies).”

As an associate professor at Haskayne who both researches and teaches about digital cryptocurrencies such as Bitcoin, Dr. Alfred Lehar, PhD, was pleased the Bank of Canada is being proactive about such technologies, which are increasingly affecting the global financial system. “This situation is evolving very quickly,” he said in an interview. “No one knows how it will play out in the end.”

First publicly unveiled on the Internet in 2008 by an unknown person or persons under the presumed pseudonym of Satoshi Nakamoto, Bitcoin was partly founded to eliminate the need for national currencies or central banks such as the Bank of Canada. “I think Bitcoin was designed by people who had a technology focus — ‘to see if this works’ — and they did not have a very deep understanding of economics,” said Lehar.

Venezuela is an example of what can happen to a country when it loses control of its economy through poor monetary and economic policies, he said. An inflation rate of more than one million per cent has caused the country’s currency to become essentially worthless, creating widespread economic devastation that has forced millions of people to become refugees.

In a financial system where most Canadians already use things such as debit or credit cards to digitally make the majority of their transactions, rather than actual coins or paper money, the need for a central bank digital currency may seem rather nebulous.

But Lehar said the Bank of Canada performs a vital role by linking the digital economy to real cash. “I think the important thing that holds everything together at the moment is the Canadian dollar,” he said. “A digital currency issued by the central bank would again preserve that link.”

Despite the recent opening of a massive, privately owned computer facility in Medicine Hat to create Bitcoins — a process involving algorithms that uses as much electricity as the entire city — Lane said “the current crop of cryptocurrencies is not about to replace the Canadian dollar or other national currencies.”

He said things such as Bitcoin aim to provide a similar level of privacy as paper bank notes by using digital encryption — hence the prefix, “crypto,” in words such as cryptocurrency, a popular term Lane viewed as less accurate than cryptoassets or cryptoproducts because such technologies often act more like the tradeable securities of stock market speculators.

“Investors world-wide have taken an increasing stake in these products over the past few years, even as some market values have been fluctuating widely,” he said. “Around 2,000 cryptoproducts are now available, with dozens more launching every month.”

Cryptocurrencies are currently “largely of interest to three kinds of individuals: investors who should be fully aware of the risks they are taking; residents of countries where there is no trustworthy national currency; and those undertaking illicit transactions, including tax evasion, money laundering and terrorist financing, for which the property of pseudonymity makes it an ideal way to move funds,” he said.

While such cryptoproducts currently don’t do a good job performing the basic functions of money, “as they evolve, they may touch on the Bank of Canada’s core functions: monetary policy, financial stability, payments and currency,” he said.