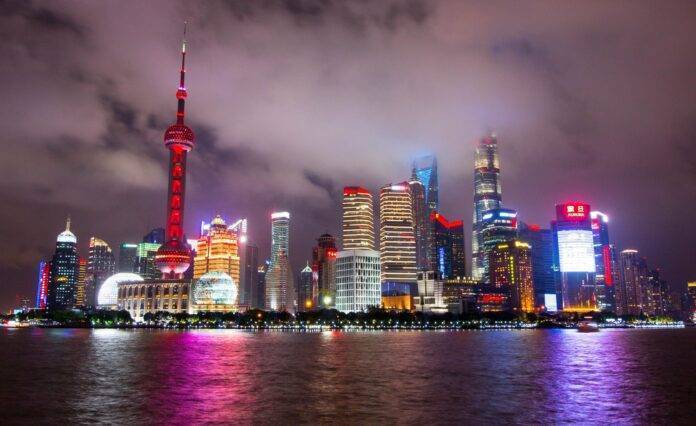 “The governmental incentives for Chinese companies to file for IP [protection] has helped to drive a huge overall increase in patent filings,” said John Eastwood, a Taipei-based patent lawyer who is a senior partner at Eiger Law’s Greater China practice.

President Xi Jinping emphasized the development of blockchain technology in 2019, saying blockchain technology would “lead the next wave of the digital transformation of China” and calling for more research, investment and regulation of it. More than 35,000 companies answered Xi’s call and expanded their business into blockchain sectors by registering their company names and major business related to the term “blockchain.” Now  these companies not only want to obtain blockchain bragging rights but also to file more patents related to blockchain.

“This ties in very well with new-technology companies in the blockchain sector,” Eastwood told Forkast.News. “Because many of them struggle to differentiate themselves from other blockchain companies and wish to demonstrate something to support their value to investors.”

“Even established Chinese companies want to appear to be on the cutting edge in new technologies,” Eastwood added.

Ant Group has paid more attention to the blockchain sector in recent years. It set up AntChain, its own blockchain research and development arm, in 2015, and aimed to provide a blockchain-backed one-stop solution for all kinds of financial use cases. Its flagship products included Ant Financial Blockchain Baas Cloud Service and Open Chain, a hybrid of permissionless and permissioned chain for developers to build blockchain applications. Ant Group also rolled out a blockchain-backed trade platform to solve cross-border trust problems in September 2020.

Ping An Group also invested heavily in the blockchain sector. In April 2020, it set up Ping An Consumer Finance in Shanghai with a registered capital of RMB 5 billion, or US$700 million, and boasting expertise in artificial intelligence (AI), blockchain and cloud computing. Back in 2018, it established Hong Kong’s first blockchain-based international trade finance platform, eTradeConnect, for  seven founding banks in Hong Kong, and which was facilitated by the Hong Kong Monetary Authority.

But compared to the large quantities of patent filings, only a small number of patents were awarded to Chinese companies.

“If the patents amount to enormously repetitive claim language asserting, basically, the use of blockchain to “do” something, instead of how it improves things, then I’d be truly disappointed,” Eastwood said.

To read more on blockchain: