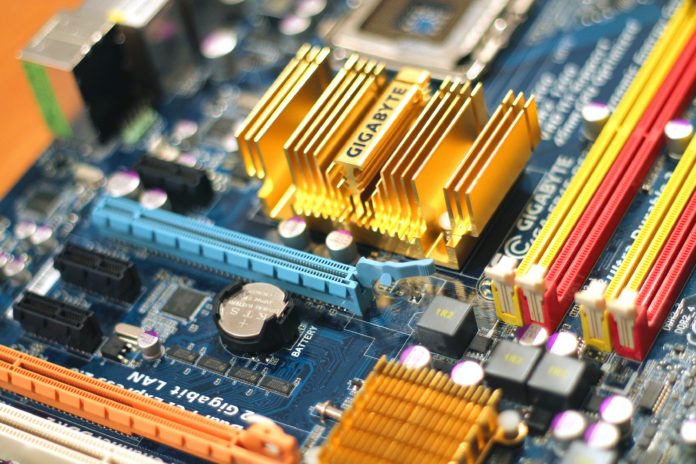 With plenty of post-recession anti-banking sentiment still lingering, it’s common to see fintech and traditional banks framed in oppositional terms. There’s some truth to that, especially with disruption-minded digital-only banks, but technological innovations have transformed banking of all stripes — and nowhere is that clearer than with artificial intelligence.

AI has impacted every banking “office” — front, middle and back. That means even if you know nothing about the way your financial institution uses, say, complex machine learning to fend off money launderers or sift through mountains of data for fraud-related anomalies, you’ve probably at least interacted with its customer service chatbot, which runs on AI.

Like fabric softener and football, banks — or at least banks as physical spaces — have been cited as yet another industry that’s being killed by those murderous Millennials. Indeed, nearly 40 percent of that generation don’t use brick-and-mortar banks for anything, according to Business Insider. But consumer-facing digital banking actually dates back decades, at least to the 1960s, with the arrival of ATMs.

Since then, clients’ customer support expectations haven’t really changed in terms of what they expect, but how they expect them is another story. Artificial intelligence has clearly impacted this landscape, with AI-enabled chatbots and voice assistants now the norm at major financial institutions. We’re also seeing AI impact biometric authorization and, for those who enjoy the occasional throwback visit to a physical bank, AI-enabled robotic help.

Below are a few of the players having an impact on this field.

How it’s using AI: Digital-first banks — sometimes dubbed “challenger banks” or “neo-banks” — have been making headlines and attracting major investors in certain parts of the globe, especially the UK, over the last several years. They’ve yet to flourish in the States like they have elsewhere, but Kasisto is one of the companies that’s done the most to midwife the rise, and it’s based here in the States.

Kasisto’s major contribution is its conversational AI platform, KAI, which banks can use to build their own chatbots and virtual assistants. It’s rooted in AI reasoning and natural-language understanding and generation, which means it can handle sophisticated questions about finance management that other bank customer-service digital assistants — Bank of America’s Erica, for example — can’t.

Kasisto has so far backboned AI assistants for several prominent banking institutions (including the UAE-based digital bank Liv., DBS Bank, Standard Chartered Bank and TD). The bank’s KAI-based bot walks customers through how to make international transfers, block credit card charges and transfer you to human help when the bot hits a wall.

How it’s using AI: One of the world’s most famous robots, Pepper is a chipper maître d’-style humanoid with a tablet strapped to its chest. Debuting in 2014, Pepper didn’t incorporate artificial intelligence until four years later, when MIT offshoot Affectiva injected it with sophisticated abilities to read emotion and cognitive states. Following that upgrade, HSBC introduced it on bank floors — including, last year, at HSBC’s flagship branch on Fifth Avenue in New York. It has since been rolled out at Miami and Beverly Hills locations as well.

Still, if an emotion-reading and -mimicking humanoid sounds like prelude to the robot apocalypse, skeptics can take heart in Pepper’s still very evident limitations. In a recent video, above, Pepper repeats a truly bizarre response whenever it’s confused: It recommends a taco.

How it’s using AI: Biometrics have long since graduated from the realm of sci-fi (think, Blade Runner’s iris scanners) into real-life security protocol. Chances are, with smartphone fingerprint sensors, one form is sitting right in your pocket or purse. At the same time, biometrics like facial and voice recognition are getting increasingly smarter as they intersect with artificial intelligence, which draws upon huge amounts of data to fine-tune authentication.

The security boons are self-evident, but these innovations have also helped banks with customer service. One notable recent example is NatWest, which in June became the first major U.K. bank to allow customers to open accounts remotely with a selfie. AI-powered biometrics — developed with software partner HooYu — match in real time an applicant’s selfie to a passport, government-issued I.D. card or other official photo identification document.

That’s standard operating procedure for the digital, mobile-only upstart banks that have popped up in the last few years, but its arrival on high street proves that users’ desire to untether even the application process from brick-and-mortar branches is no niche request.

How it’s using AI: Automation hit investment banking earlier than other bank sectors — and it hit hard. Probably the most famous example of that is this: In 2000, there were 600 traders at the Goldman Sachs U.S. cash equities trading desk. In 2017, only two remained. But the result wasn’t a gutting so much as a shift: The firm has added thousands of computer engineer jobs.

That shift also hit another massive banking institution, Barclays, which has doubled down on advanced technology — specifically AI. The firm led a recent $6 million funding round for Simudyne, a tech provider that uses agent-based modeling and machine learning to run millions of market scenarios.

The middle office is where banks manage risk and protect themselves from bad actors. That includes fraud detection, anti-money laundering initiatives and know-your-customer identity verification. And sometimes that means incorporating AI into legacy, rules-based anti-fraud platforms.

But some the most innovative and secure countermeasures are other, from-the-ground-up models, built by companies like the ones below.

How it’s using AI: Up to $2 trillion is laundered every year — or five percent of global GDP, according to UN estimates. The sheer number of investigations coupled with the complexity of data and reliance on human involvement makes anti-money laundering (AML) very difficult work. It’s also expensive. AML compliance costs shot up more than 50 percent between 2015 and 2018.

Case in point: Ayasdi’s AML AI was able to process hundreds of data points (rather than just the usual 20 or 30 transaction categories) for Canada’s Scotiabank and for Italian banking group Intesa Sanpaolo, purportedly resulting in a massive drop in false-positive alerts.

How it’s using AI: “Know your customer” is pretty sound business advice across the board. It’s also federal law. Introduced under the Patriot Act in 2001, so-called KYC checks comprise a host of identity-verification requirements intended to fend off everything from terrorism funding to drug trafficking. They’re also commonly done in tandem with anti-money laundering efforts.

A study published in May by U.C. Berkeley researchers titled “Consumer-Lending in the FinTech Era” came to a good-news-bad-news conclusion. The good news? Fintech lenders discriminate less than lenders overall by about one-third. The bad news? They still discriminate. So while things are far from perfect, AI holds real promise for more equitable credit underwriting — as long as practitioners remain diligent about fine-tuning the algorithms.

Beyond credit scoring and lending, AI has also influenced the way banks assess and manage risk and how they build and interpret contracts.

How it’s using AI: Redlining, the illegal denial of credit or home loans because of race, stands as one of America’s great post-war shames. But lending practices are often tainted by bias even when explicit discrimination isn’t so apparent, like when high-cost loans notoriously and disproportionately affected minorities during the subprime mortgage crisis. As ZestFinance founder and former Google CIO Douglas Merrill told Forbes, “[Credit] models are by nature very biased. The ability to make decisions that are biased is an epidemic.”

ZestFinance’s AI-based software purportedly generates fairer models, essentially by downgrading credit data that it has “learned” results in unfair decisions, thus lessening the weight of some traditional (but not entirely reliable) metrics like credit scores.

Of course, artificial intelligence is also susceptible to prejudice, namely machine learning bias, if it goes unmonitored. As Merrill recently said in testimony to the House Financial Services Committee Task Force on Artificial Intelligence, “lenders put themselves, consumers and the safety and soundness of our financial system at risk if they do not appropriately validate and monitor ML models.”

How it’s using AI: If you’ve accepted a job offer, inked an apartment lease or signed any other kind of contract in the last few years, there’s a good chance you used an electronic signature platform that either incorporated AI or was on its way to doing so. (See DocuSign, perhaps the most ubiquitous provider, which is boosting its AI integration to help parties find buried risks hiding within agreements.)

Banks have latched on, too. JPMorgan Chase in 2016 unleashed unsupervised machine learning on its internal legal documents to quickly collect important data and extract key clauses. “In an initial implementation of this technology, we can extract 150 relevant attributes from 12,000 annual commercial credit agreements in seconds compared with as many as 360,000 hours per year under manual review,” the company wrote in its 2016 annual report.

The next frontier? AI-powered smart contracts. They’re still a relatively new development, but one that will evolve significantly as more institutions — like JPMorgan — dip their toes into cryptocurrency.

How it’s using AI: In the age of instant payments, the idea of waiting for a purchase to “clear” will one day seem as antiquated as an abacus. Increasingly, consumers expect their accounts to immediately reflect when they’ve bought something. At the same time, there are cyber criminals working tirelessly to find the newest, most effective way of swiping someone’s identity and sensitive information.

In an attempt to combat this, more and more banks are using AI to improve both speed and security. Take data science company Feedzai, which uses machine learning to help banks manage risk by monitoring transactions and raising red flags when necessary. It partnered late last year with Citibank, introducing AI technology that watches for suspicious payment behavioral shifts among clients before payments are processed.