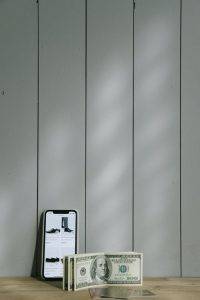 Almost 40% of Spaniards surveyed say they use their mobile phone to pay for their purchases. This is revealed by the second edition of the “Study of mobile payment trends in Spain”, developed by the Spanish fintech Pecunpay in collaboration with Visa. According to this report, this figure is 3 percentage points higher than the previous year, confirming the upward trend in the use of this payment method in our country.

Of the preferred methods of payment, debit and credit cards stand out in first place, with 57.8%. In second place is cash, with 23%, and in third place mobile payments with 17%, almost two points higher than the previous year.

Speed and ease of use drive mobile payments

Paying with a mobile phone has become an increasingly common gesture, both because of the speed and ease of use smartphones offer when it comes to paying for purchases or services. According to this study, almost half of the mobile payment users surveyed – 49.4% – prefer to pay for their purchases via mobile phone because it is a quick system. Simplicity and the possibility of better control over spending are the positive qualities highlighted by users in second and third place respectively.

Given that the mobile phone is pervasive in everyday payments – with 55% of mobile payment users confessing to using it for their everyday purchases – the amounts usually do not exceed €50. According to the report, 80% of transactions are below this figure, in line with last year’s figures.

In terms of products and services, more than half (50.7%) of the purchases made by those who use mobile payments are for food products, according to the study. On the other hand, and in a year of gradual recovery of hospitality and leisure, marked by the reopening and relaxation of restrictions, almost a third of mobile payments went to this sector, according to respondents.

Trust and acceptance, among the sector’s greatest challenges

Despite the fact that systems such as tokenisation, biometrics or PIN authentication, among others, aim to prevent fraud, there is still reticence about the security of mobile payments among those surveyed, and more specifically among those who do not yet use this method, where this aspect is of greatest concern to more than a third.

And to continue to consolidate in our country, acceptance is also among the challenges for this payment method. Especially in sectors such as urban mobility, small businesses and public administration. Almost two thirds (57.8%) of mobile payment users underline in this report that they would like to find more acceptance of this method in public transport and almost 30% of users would like to see more acceptance of this option in small businesses.

On the other hand, and to a lesser extent, they also point out the need to incorporate this payment method in public administration and in the tourism sector in order to respond to these new consumption patterns and contribute to the growth of sectors as important for the national economy as the tourism industry.

Young people, those who pay the most with their mobile phones

Young people are the ones who most choose mobile phones as their favourite means of payment, especially in the 18-29 age group. At the other extreme are seniors: more than 45% of the over-60s who took part in the survey say they do not like to pay by mobile phone.

By region, people from Extremadura are the ones who say they use mobile payments the most, closely followed by Andalusians, Canary Islanders and people from Madrid.