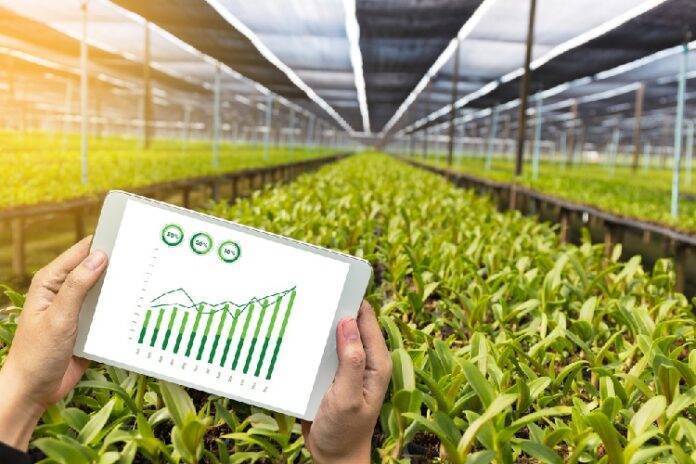 Agriculture is an incredibly challenging industry for arable farmers, with many considerations at play in farm and crop management, as well as environmental and political factors, planning effective crop rotations, deciding when to sell, and keeping up with legislation.

MyFarm was created in 2012 as a free service that would strengthen relationships between the business and its customers and offer true value to farmers. With highly detailed crop recording, market data and expert analysis all on a single, easy to access online platform, MyFarm gives real insight for Frontier customers.

After several years of running successfully, MyFarm’s technology needed to be enhanced with new functionality to keep up with Frontier’s ambitions and meet their customers’ needs.

Frontier engaged WHISHWORKS to develop an optimised version of MyFarm that would fully realise its potential as a secure, easy-access system that connected customers with their farm data.

To help Frontier make the most of its existing technology investment and speed up the development and launch of the optimised MyFarm, WHISHWORKS worked to seamlessly integrate MyFarm with a number of data sources using MuleSoft’s Anypoint Platform as the key integration layer.

It was important to Frontier that this API model could be reused as they continued to build on MyFarm as a comprehensive customer platform. There was also a need to mechanise ongoing and future initiatives, digital solutions and applications, making it the go-to portal for all of their digital services.

WHISHWORKS reviewed MyFarm’s existing platform setup, application network, and applied their MuleSoft API-led architecture to maximise the value of the investment in the long-term. Working directly with Frontier’s team, WHISHWORKS delivered essential integrations, including the development of 150 APIs, designed to speed up project delivery, monitor and report capabilities, offering a faster development time and optimising performance APIs to ensure 100% uptime.

Processes were also streamlined with agile/sprint methodologies so that the joint team delivered not only on MyFarm, but other innovations like MyMarkets and MyCrop. A new MyCropMarketing app was launched in February this year – the latest in a series of functionality upgrades available to farmers via the MyFarm platform.

All these developments led to significant reductions in time management and cost for the business, and for customers.

“We do everything we can to provide expert advice, market commentary and efficient systems for our customers. WHISHWORKS has been able to expertly accelerate the process around creating a platform to facilitate that. They gave a structure to the development and launch of MyFarm that cut through many of the challenges we were facing, and our team is constantly supported by experts behind the frontline. Our team is now doing exactly what they need to be doing, with WHISHWORKS as our software development partner.”

MyFarm has since had 4000 users benefitting from simpler data management and insightful analysis tools, allowing them to make informed business decisions and ensuring their farm and grain management is both efficient and resilient. WHISHWORKS was also able to upskill staff by developing Frontier’s in-house capabilities, so internal IT teams are now able to focus on achieving business goals. UX and employee productivity were also improved, which led to:

Following the success of MyFarm, Frontier and WHISHWORKS are working closely on a number of key projects including the migration to Mule 4, the latest version of Anypoint Platform’s runtime engine, as well as the implementation of a data lake to provide Frontier with enhanced finance and sales analytics capabilities.

5 Ways An Environmental Consultant Can Benefit Your Business

We’ve Unearthed How to Make Money by Going Green